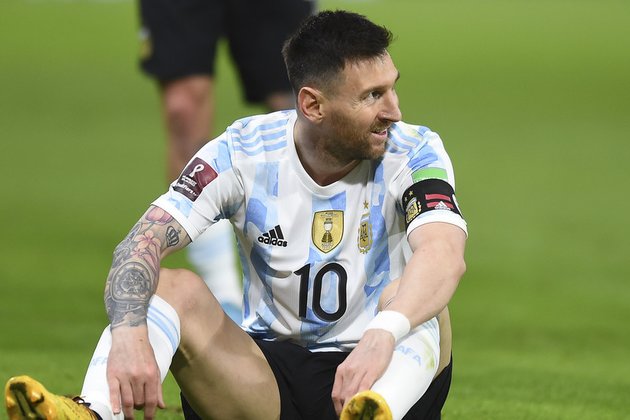 The Argentine scored for his country on Friday but admitted: ‘I don’t know what I will do after the World Cup’

Argentina and Paris Saint Germain superstar Lionel Messi is unsure of his future in football and predicted that “many things will change” after the World Cup in Qatar later this year.

The seven-time Ballon d’Or winner left FC Barcelona last summer for PSG where he was recently booed by fans following the Ligue 1 club’s exit to Real Madrid in the Champions League.

Considering he also turns 35 on June 27, with his PSG deal expiring around 12 months later, Messi pondered his future following a 3-0 win for his country over Venezuela on Friday where he scored his 80th goal for La Albiceleste.

“I don’t know what I will do after the World Cup. I am thinking about what is coming,” Messi confessed, with it not lost on those back home that the second-to-last Conmebol qualifying tie at Boca Juniors’ La Bombonera stadium could have been his final appearance on Argentine soil. “After Qatar I will have to reassess many things.”

Messi made a point of stressing that his doubts are nothing to do with the national team where he seems to be happiest these days following a Copa America title win against Brazil at the Maracana in 2021 that was his first major crown for the football-mad South American country.

“It has been a while that I am happy here, since before winning the Copa. I am thankful for all this they make me feel every time I come to Argentina,” Messi insisted.

“I don’t know, the truth is I don’t know,” he protested when asked whether he will continue with Argentina beyond the World Cup. “I think about that [which] is coming, which is close, Ecuador (who Argentina will play against on Tuesday). The preparation matches in June and September.

“Let’s hope these go the best way possible. But for sure after the World Cup many things will change,” Messi accepted.

Argentina have enjoyed a far less chaotic qualifying campaign than when they were trying to grant passage to Russia four years ago, and took one of the direct spots for Qatar in their continent’s notoriously difficult group alongside Brazil, Ecuador and Uruguay.

For not finishing in the top four, Peru, Colombia and Messi’s two-time victors in the 2016 and 2017 Copa America finals Chile will battle for fifth and then face an Asian team in a qualifying play-off.

In contrast to his treatment in Paris as of late, Messi received enthusiastic support from the Buenos Aires crowd as Nico Gonzalez and Angel Di Maria netted alongside Messi, who scored in the 82nd minute.

There were numerous ovations for the Rosario-born genius, which his mother Celia in attendance joined in with. But La Pulga, or ‘The Flea’ as he is known in his homeland, wasn’t surprised by the hearty reception in one of football’s most passionate stadiums.

“The truth is that we expected this,” Messi revealed. “We didn’t expect [any] less from these people, after these times that we had been going through, the union between the Argentine public and this national team… It’s a nice day to enjoy and I think we did it.”