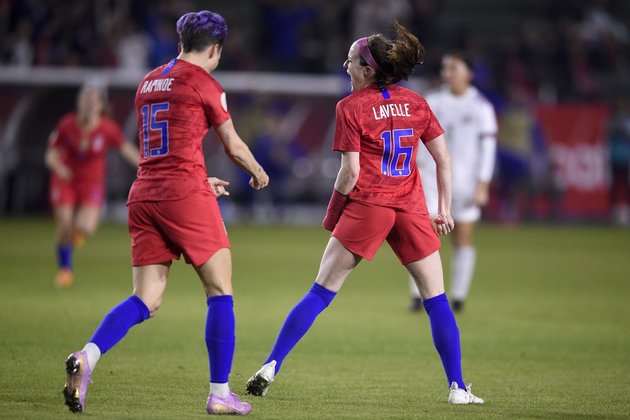 Two World Cup winners from the United States Women’s National Team signed deals with the OL Reign, as Megan Rapinoe re-signed for one with the club and Rose Lavelle came to terms on a new two-year deal.

Rapinoe has been with the Reign since the team’s inaugural season in 2013. Lavelle joined the Reign for the first time in 2021. Both players saw action in just 12 games after taking time away to participate in the Tokyo Olympics.

Rapinoe has a team-record 40 goals with the Seattle-based club, while Lavelle scored one goal last season with an assist.

The duo was key to the United States’ World Cup victory in 2019.

Both Rapinoe and Lavelle will get to show off their talents in a new venue this season. After playing in Tacoma the past three seasons, the Reign have moved to Lumen Field in Seattle, home of the NFL’s Seattle Seahawks and the Seattle Sounders of MLS.