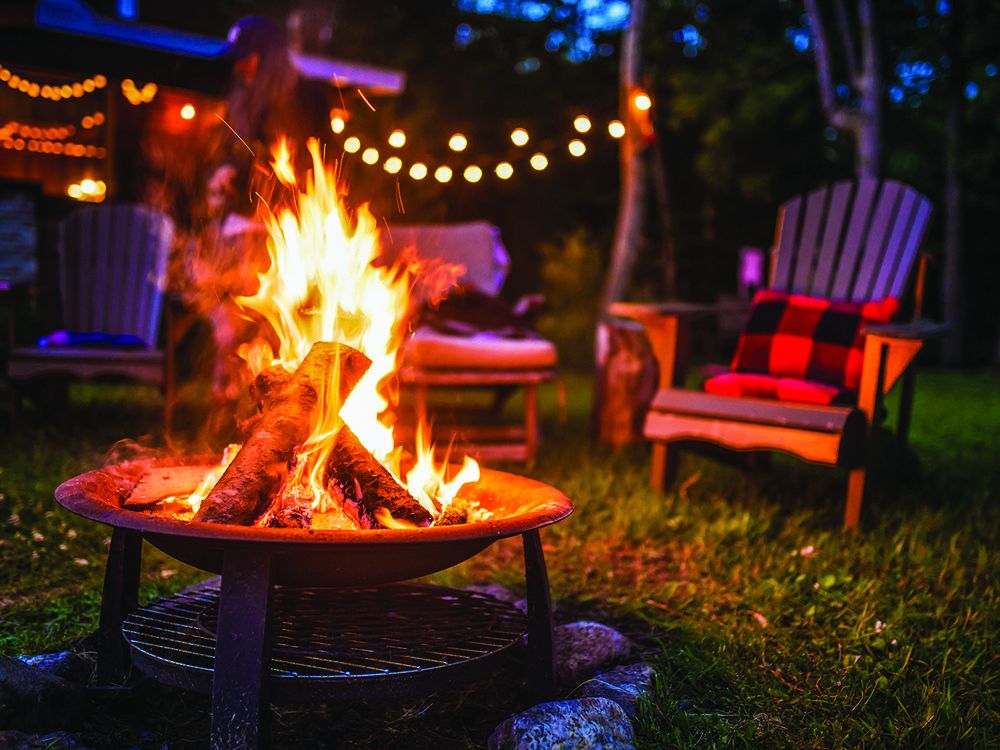 Fire bowl, roasting spit, chiminea, backyard pit . . . Meaford will let you start a fire, but with a permit ensuring residents are safe while backyard burning.

At a March 14 meeting, Meaford’s committee of the whole recommended council enact a new bylaw regulating all open-air burning in the municipality including small backyard fires.

Under the proposed bylaw, residents apply once a year through the website www.burnpermits.com for their fire permit. For smaller backyard fires, no review or inspection is required for approval as long as the permit holder has accepted the terms and conditions.

“Permits promote clarity about and acceptance of fire restrictions in the municipality. The acceptance by the permit holder of the terms and conditions, and the ability to pinpoint the exact location of a permitted fire, helps to achieve compliance,” a staff report presented at the meeting said.

With the new online system, residents will need to read and agree to the bylaw’s terms and conditions to obtain the fire permit.

To prevent skim-reading and blind acceptance of the bylaw’s terms and conditions without digesting the relevant information, residents will also have to check off summarized safety rules such as no burning in high winds, burning only clean wood, and not burning near combustibles such as a deck, tree line or fence.

“If there is a problem we can now show up and say, you did read it, you did sign off on it, and you are aware you’re not supposed to be burning that couch,” Allen said, by way of example.

Meaford’s current open-air burn bylaw was passed in 2014 and requires a permit for fires larger than one cubic metre on land at least an acre in size.

Meaford’s current bylaw does not regulate fires under one cubic metre.

Staff said the majority of complaints regarding fires within the municipality are about backyard fires and generally about fires being burned too close to combustible materials such as hedges, buildings, trees, long grass, fences and overhead wires.

“Individual properties are different, and people do have small open-air fires to enjoy in their backyards with their family. However, not all persons or owners conduct open-air fires safely and there is a potential risk to persons, properties and surrounding neighbours,” the staff report said.

Allen said the fire department responded to a large number of calls in 2021 relating to backyard fires, including one where a resident was burning items in a burn barrel during 85 km/h winds near the bush.

“The flames were at a 45-degree angle going right toward the bush. If it had caught those cedars we would have been in real trouble because of the heavy winds,” Allen said. “This is more of an education piece than anything.”

Under the proposed new bylaw, residents would need to ensure their backyard fires are set back from combustibles. The distance of the required setback is based on the size of the fire.

In the proposed bylaw, backyard fires conducted in a non-combustible enclosed container such as a fire bowl or chiminea would need to be set back 1.5 metres from any combustibles.

For backyard fire pits, the pit cannot be greater in diameter than one metre and must be enclosed on all sides by masonry, concrete, stone or heavy-gauge metal, and set back at least three metres from combustibles.

Larger fires open-air fires, such as brush fires to clear lots and development lands, controlled fires on agricultural and farmlands, and demolition fires, will require a review before a permit is approved and must be called in to the municipality before each burn.

The staff report said the municipality typically issues more than 200 permits per year under the current bylaw. In 2021, 207 permits were issued. Staff said it takes approximately 30 minutes per permit for staff to provide the administration requirements via the current paper process. Additionally, requirements for persons to call in their fires when started and extinguished resulted in a total of 326 calls inputted by staff in 2021.

Staff said in their report the proposed web-based system will significantly decrease staff workload in administration, enforcement and fire-services calls once the online platform is up-and-running and understood by the residents.

“There will be a learning curve for owners, and administration staff will have the manual option to help roll out the program,” the report said.

The new system will also simplify the permit protocol in Meaford’s unique situation of having two responding fire departments, as well as its municipal enforcement unit, the report said.

Staff said the cost of the online platform is based on a per-permit model with the initial expense of $1,000, which staff expect to cover two years of permits. The initial expense is funded from the municipality’s existing fire prevention budget.

There is no cost to the resident for a burn permit, but the updated process would allow for the municipality to implement a fee structure in the future, the staff report said, based on the cost of providing inspections and the cost of the online platform.

“We don’t want to stop people from burning. We want people to have fires. I think that’s one of the great things about living in a small town, especially small-town Ontario, is going to the backyard and having a fire. That’s what we want to promote, we just want to make sure it’s safe for themselves and their neighbours,” Allen said.

Fires in a campground as defined in the municipality’s zoning bylaws do not require a permit.

The proposed burn permit bylaw came before council at its March 28 meeting where some minor changes were made, including changing the wind-speed limit for an open-air burn from 10 km/h to 20 km/h. Properties over an acre won’t need to extinguish their fires at a certain time. Fires on properties under an acre must be put out before 1 a.m.

The updated bylaw will be reviewed again and is expected to pass at the next meeting of council on April 11.