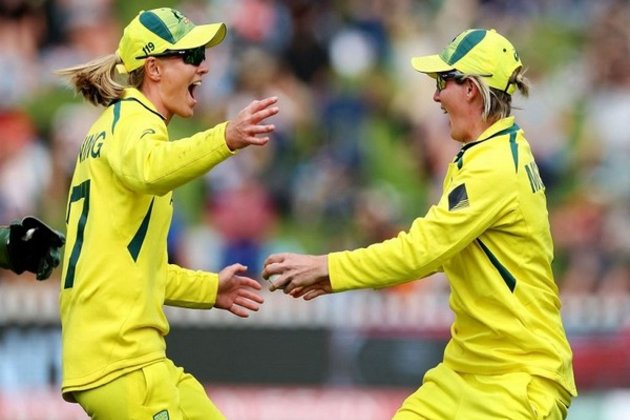 Posting 182/4 from their 20 overs thanks to blazing knocks from Meg Lanning and Tahlia McGrath, the Aussies backed up the effort through a strong collective bowling display, holding Ireland to 119/7 in response.

The result moved Australia into an outright lead with ten points from their three matches.

Not only McGrath picked up Player of the Match honours in all four of her appearances in the format, the right-hander holds the record for the most T20I career runs scored before being dismissed for the first time.

McGrath made 70 from just 45 balls in a belligerent display, combining with Lanning (74 from 49) in a 135-run partnership.

Ireland were unable to come up with an answer to break the partnership, though enjoyed early success through Georgina Dempsey and Rachel Delaney.

Dempsey claimed Alyssa Healy lbw for just one in her first over, with Delaney dismissing Beth Mooney for nine.

Schutt claimed the first of her two wickets in the first over after Rebecca Stokell miscued a shot to Rachael Haynes at point, before cleaning up Mary Waldron to reach the milestone. Schutt joins Ellyse Perry as the other Australian to take 100 T20I wickets.

Despite the defeat, the three-time Women’s T20 World Cup participants have enjoyed a number of positive moments in their home tri-series.

Holding Australia to 39/2 at the end of the Powerplay, it looked as if the hosts would keep the world champions in both formats at bay, only for the third-wicket partnership to distance the sides.

With the bat, a healthy partnership looked to be building between skipper Laura Delany and Orla Prendergast, but their stand of 36 was broken by in-form leg-spinner Alana King.

Australia will have one more hit out in Ireland against Pakistan on Saturday before travelling to Birmingham for the Commonwealth Games on Sunday. (ANI)