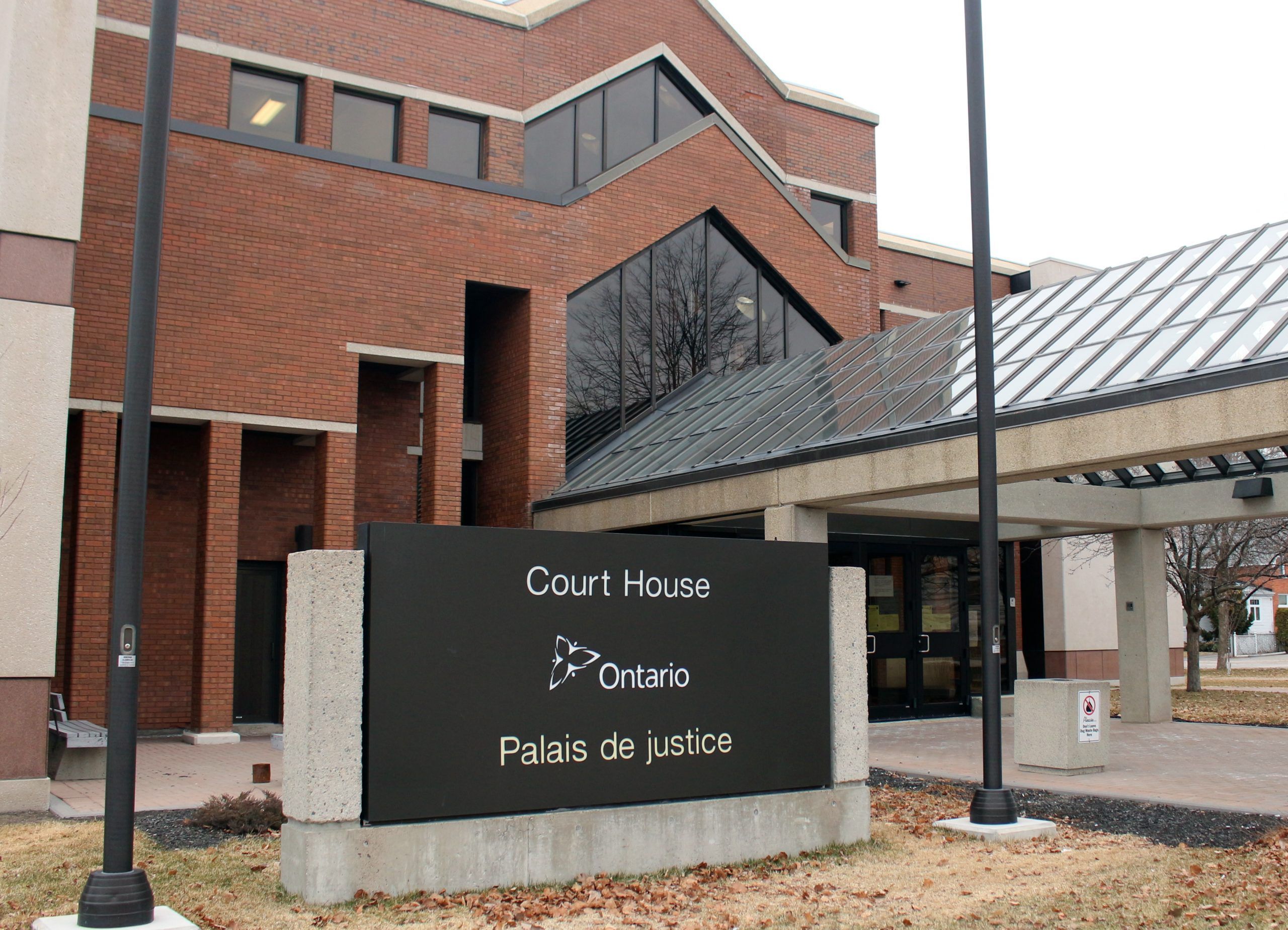 More than 40 years after Micheline St. Amour was stabbed to death in the bedroom of her small East Ferris home, Roger Deschenes stood in Courtroom 302 at the North Bay Courthouse and apologized to her family for taking her life.

Deschenes was charged in her death in November, 2020.

Superior Court Justice Greg Ellies sentenced Deschenes to life in prison with no possibility of parole for at least 15 years.

In a two-hour appearance Thursday afternoon, Deschenes sat silent as Crown Attorney Sharon Tysick read an agreed statement of facts in the death of the 20-year-old woman.

St. Amour’s common-law husband had gone home for lunch and returned to work in the afternoon. When he arrived at home at 6 p.m. he found St. Amour lying in a pool of blood in their bedroom. Their two-year-old daughter was unharmed in her bedroom across the hall.

St. Amour had been stabbed 23 times in the chest. Six of the wounds on the left side of her chest and seven on the right side were penetrating wounds. She had also been stabbed in the stomach and liver and suffered a “through-and-through” stab wound to her hands.

The chest wounds were determined to be the cause of her death.

Deschenes was not identified as a suspect in the slaying for almost 20 years through DNA found at the scene, including blood and semen.

In October, 2020, a familial match excluded one of two suspects. When Deschenes was told police wanted to talk to him, he agreed to the meeting, then attempted suicide.

He remained under observation at the North Bay Regional Health Centre’s psychiatric unit, then, after his release, was observed tossing some chewing gum in a garbage can. Police retrieved the wad of gum and the Centre for Forensic Sciences determined he could not be excluded as a suspect.

Police obtained a DNA warrant and blood sample and he was confirmed as the contributor of the material gathered at the murder scene.

He told police in a voluntary statement that he had gone to the residence armed with a hunting knife, which he disposed of.

Deschenes, now 63, had no criminal record before or after St. Amour’s slaying.

St. Amour’s daughter, in a victim impact statement to the court, said while she was only two years old at the time, now lives with “constant feelings of loss and anxiety,” and said those feelings have been passed on to her own children.

“Our lives were turned upside down,” the woman said of her father, his parents and herself.

She remembers her bedtime routines which included checking the bars on her bedroom window.

“It was not a normal childhood,” the woman said, saying she still was up in tears, angry and scared, and credits her father and his parents with doing “the best to ensure I was taken care of.

“My family did their best to protect me,” she said.

But “one person’s violent actions” left her with “a life of pain and grief.

“My mother was stolen from me when I was just two years old,” she said. “I can only dream what her voice was like, what her laughter sounded like. I didn’t have her for my birthdays,” holidays or other special family events.

“I would love to be able to call my mom for simple chats.”

Deschenes, she said, “may never understand the magnitude” of what his actions did to change her life.

“But he went and built a life of his own with a wife and children. That makes it more appalling.”

Defence attorney Andrew Perrin, who helped put together the joint submission to the court with the Crown, said Deschenes’ guilty plea is “saving the family and every person from having to present evidence” in a trial.

He said Deschenes was remorseful for what he had done and, while in custody, completed 39 self study courses.

Deschenes has also been attacked by other inmates on several occasions.

“He is not only ashamed of what he has done, but deeply remorseful,” Perrin said.

Deschenes, in a statement to the court, said what happened “was nothing short of atrocious. Pure evil.

His actions that day almost 42 years ago, he said, “destroyed a whole family.”

He said he has wondered why he attacked St. Amour.

“I could have simply walked away. I could have done the right thing and turned myself in.”

His prison sentence, he said, “will never be enough for what I’ve done.”

Ellies, in passing sentence, said it is impossible to imagine the terror St. Amour felt during the attack, and knowing she would “not be around to care for her two-year-old daughter.”

Deschenes is also prohibited from ever possessing firearms or explosives and will provide a DNA sample to the national database.

A charge of first-degree murder was withdrawn at the request of the Crown.