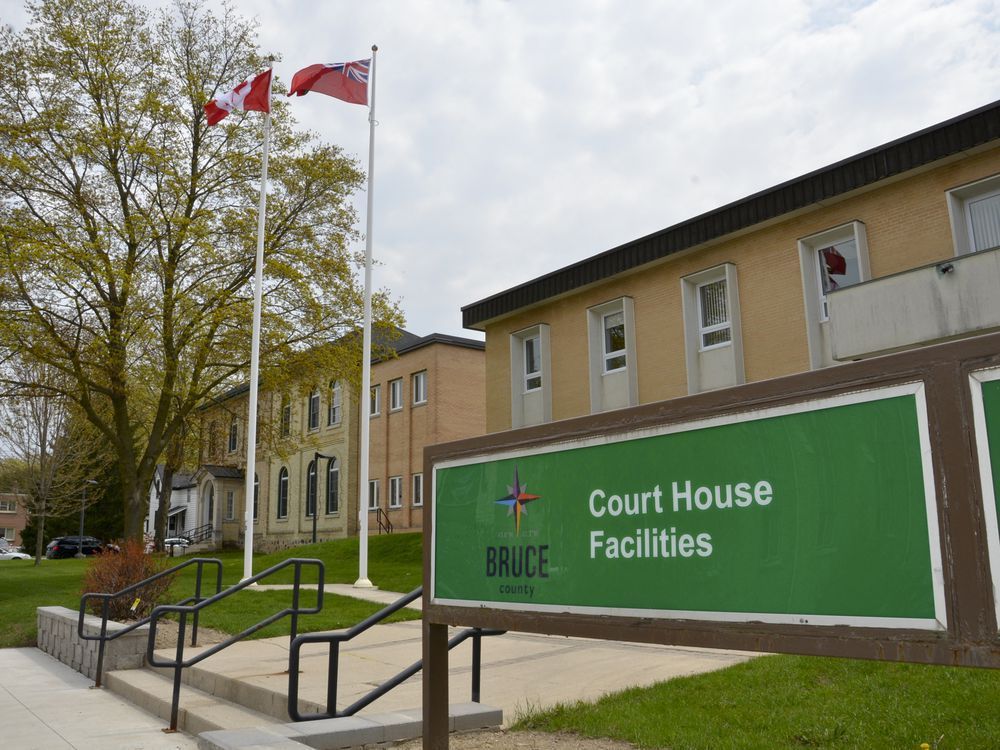 A 26-year-old Bruce County man was sentenced to seven years in prison after pleading guilty to offences involving a pickup truck that collided head-on with a vehicle, killing its driver and injuring two others inside.

In addition to the prison term, Hogg was prohibited from driving for 20 years, was given a lifetime firearms ban and was ordered to provide a DNA sample. He served nine months presentence custody.

West Grey police received a report at 12:13 p.m. that Hogg was driving a stolen vehicle west on Grey Road 4. He was wanted by police for other occurrences earlier in the day in West Grey and Hanover, a Crown summary of the facts said.

West Grey police set up in an area of Camp Oliver Road and as Hogg approached, police deployed a tire deflation stick. But Hogg accelerated away from police, at between 120 and 150 kilometres per hour, a witness estimated.

At a curve on Grey Road 4, Hogg crossed into oncoming traffic and hit a vehicle driven by Troy Huehn, who died of his injuries from the crash. Two others in Huehn’s car were also injured in the crash, the Crown summary said.

A West Grey police news release said they were a 14-year-old girl and a 26-year-old man.

But police who arrived gained control of Hogg and arrested him.

An investigation by the province’s Special Investigations Unit cleared West Grey police of any wrongdoing in their actions that night.

The SIU said that after the spike belt was deployed, the vehicle Hogg was driving collided head-on with a vehicle, killing the driver and injuring two passengers.

But police were right to use the device, to try to stop Hogg from driving into Durham, the report said. Police had reason to believe he was driving with “reckless disregard for public safety, and were right to be concerned . . .”