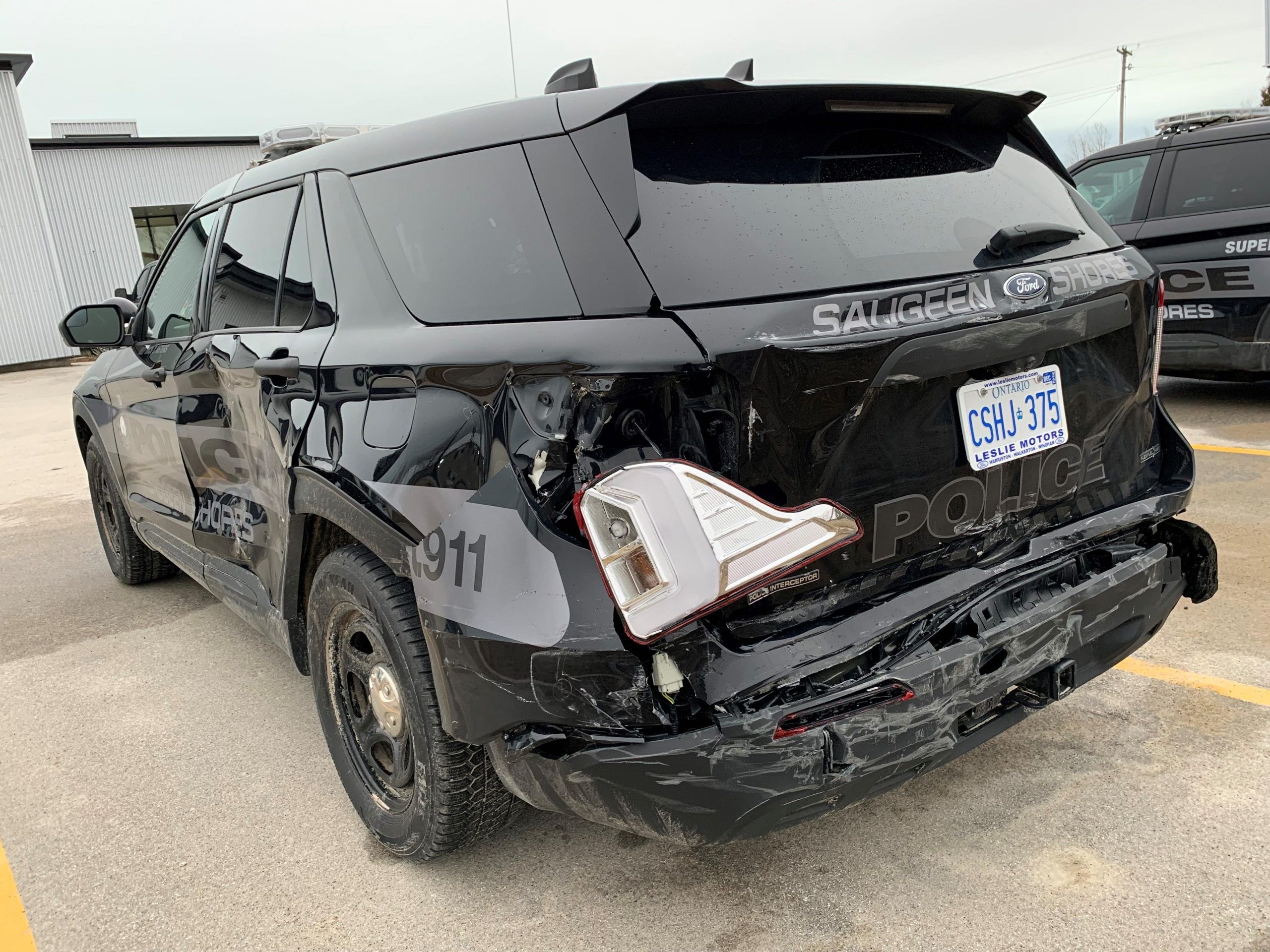 Saugeen Shores police said officers arrested a man at gunpoint after a fleeing driver collided with at least two police cars in a bid to get away early Wednesday morning.

Police received a report of a suspicious vehicle in the Amanda’s Way area of Port Elgin about 3:48 a.m., a police news release said. Police tried to stop a truck and trailer along Bruce Road 33 using a “rolling traffic stop.”

The vehicle stopped then “accelerated rapidly,” hitting a police vehicle ahead, pushing it about 24 metres. The driver reversed and hit a second police car, then accelerated forward into the first police vehicle again, hitting its rear door.

The police vehicle spun out and the suspect lost control, drove into a ditch, hit a hydro pole and continued on for another 63 metres, the release said.

“Police pinned in the truck and trailer to prevent the suspect from continuing any further. Police conducted a high-risk gun-point arrest.” The driver tried to consume suspected drugs as police were directing him to exit the vehicle, the release said.

“The driver ignored police commands. The window of the suspect vehicle was smashed to gain control of the driver and pull him from the vehicle, effecting his arrest. Search incident to arrest found suspected cocaine.”

A Saugeen Shores officer received minor injuries to his neck and back. A police vehicle was severely damaged.

The accused man was driving a stolen vehicle, police said, which was also damaged. The trailer, also stolen, was returned to its owner. There were stolen licence plates on the vehicle driven by the suspect, police said.

Saugeen Shores police did not name the suspect, as is the practice there.

He was remanded into custody.

He had warrants for his arrest from Saugeen Shores police, the OPP, Niagara, Waterloo and Halton regional police services, Toronto police and several from police in British Columbia.