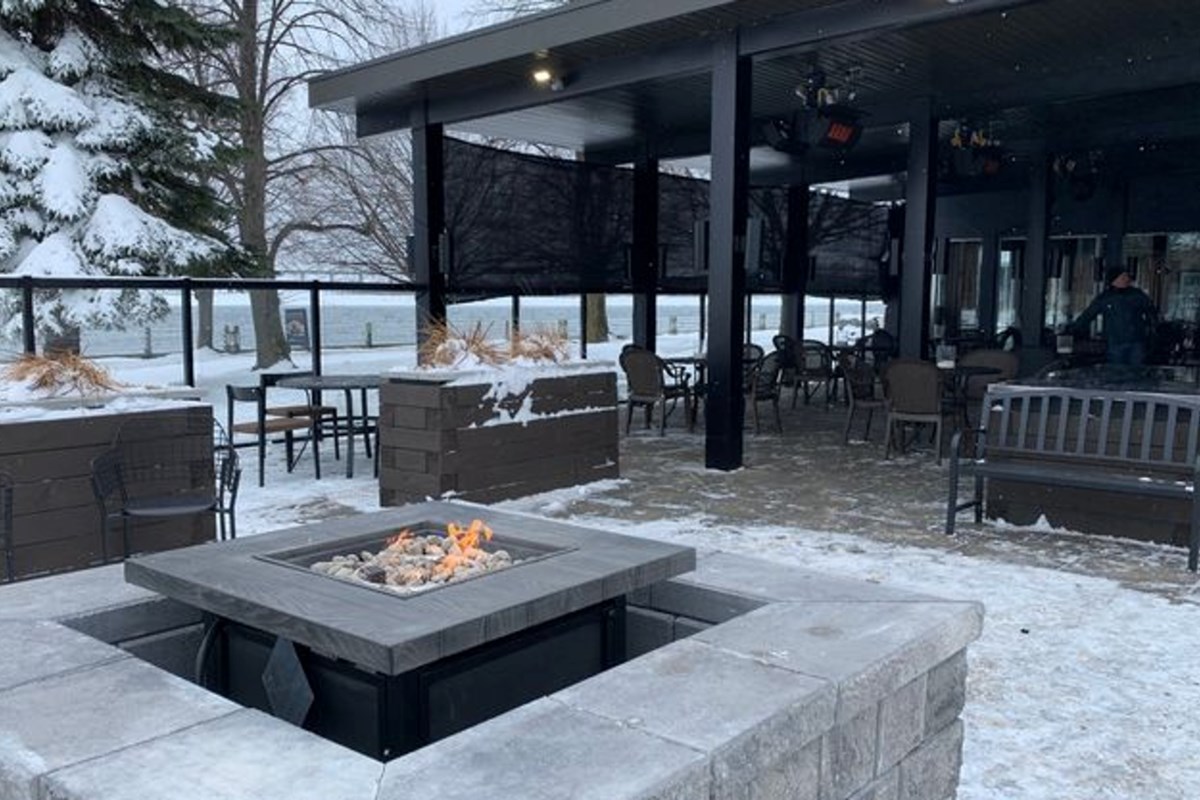 ‘We had a bit of a test to see if the community was interested. Well, they passed with flying colours,’ said Delta Hotel general manager

A lot can be said about Northern Ontario winters and the resilience of northerners who know how to brave the cold and snow.

But what is a true test of that resilience if not being able to sit outside on a frigid, January evening sipping pints by the St. Mary’s River?

Fluid Boardwalk Patio and Grill set out to test those waters when the patio bar opened this past weekend for food and drinks.

“We had a bit of a test to see if the community was interested. Well, they passed with flying colours because there was actually a wait list to get on the patio,” said Kevin Wyer, general manager at the Delta Hotel, where Fluid is located.

Wyer also wanted to measure the summer patio’s durability against the harsher, winter elements. A new roof with built in heaters was recently installed and the team added a wind screen for extra protection.

“It was a way for us to test the heating system under the roof as well to see if it could create enough heat because the heaters were just meant to give the patio a longer season, from April to October,” he said.

The large waterfront patio had close to 90 people come and go on Friday night. It was the first weekend of operation and included a chilly and snowy, Saturday afternoon.

The hotel had no plan to open Fluid as a winter patio until government restrictions calling for the closure of indoor dining, gyms and theatres were reinstated at the beginning of this year to blunt the spread of Omicron.

That closed the doors to the hotel’s indoor dining restaurant, View Restaurant and Bar, which has only been offering take out since Jan. 5.

Wyer said he wanted to be able to give staff more hours and keep them motivated.

“It’s been hard, and we worked really hard in December to get everybody pumped up and excited about all the things we were going to do in 2022 and then as soon as the year starts, we’re under restrictions,” he said.

“And then the director of operations and I said what if we opened the patio and we thought that’s crazy, we can’t do that, and then we thought, this is Sault Ste. Marie. If this community is not interested in going out in the cold, then nobody is.”

A new menu was created to add to the fun, winter outdoor experience. Camp-style foods like chili in a bowl, sausage on a bun and chips and queso are being served along with a full bar selection with fitting cocktails like a peppermint schnapps hot chocolate.

The reviews have been good, said Wyer.

“People are just trying to get out there and this is an opportunity to get out and experience something a little different,” he said.

Northern Brewing Superior Brewing Co. has also winterized its patio with fire kegs and is featuring craft beer and specialty warm beverages like spiked hot chocolate and cider, according to its Facebook page. The patio is open Fridays and Saturdays from 2 p.m. to 7 p.m.

The Fluid patio will continue to operate to the end of February on weekends (Friday to Sunday) from 2 p.m. to 8 p.m. That could be extended, Wyer said, if interest continues when restaurants open for indoor dining again on Jan. 31. Proof of vaccine QR code is required for entry.

And that’s how success will be measured – on interest, and not necessarily profit.

“We’re not going to make money, to be honest, but if we can break even and give half a dozen people some hours and create a little buzz in the community then to me it’s a success,” said Wyer.