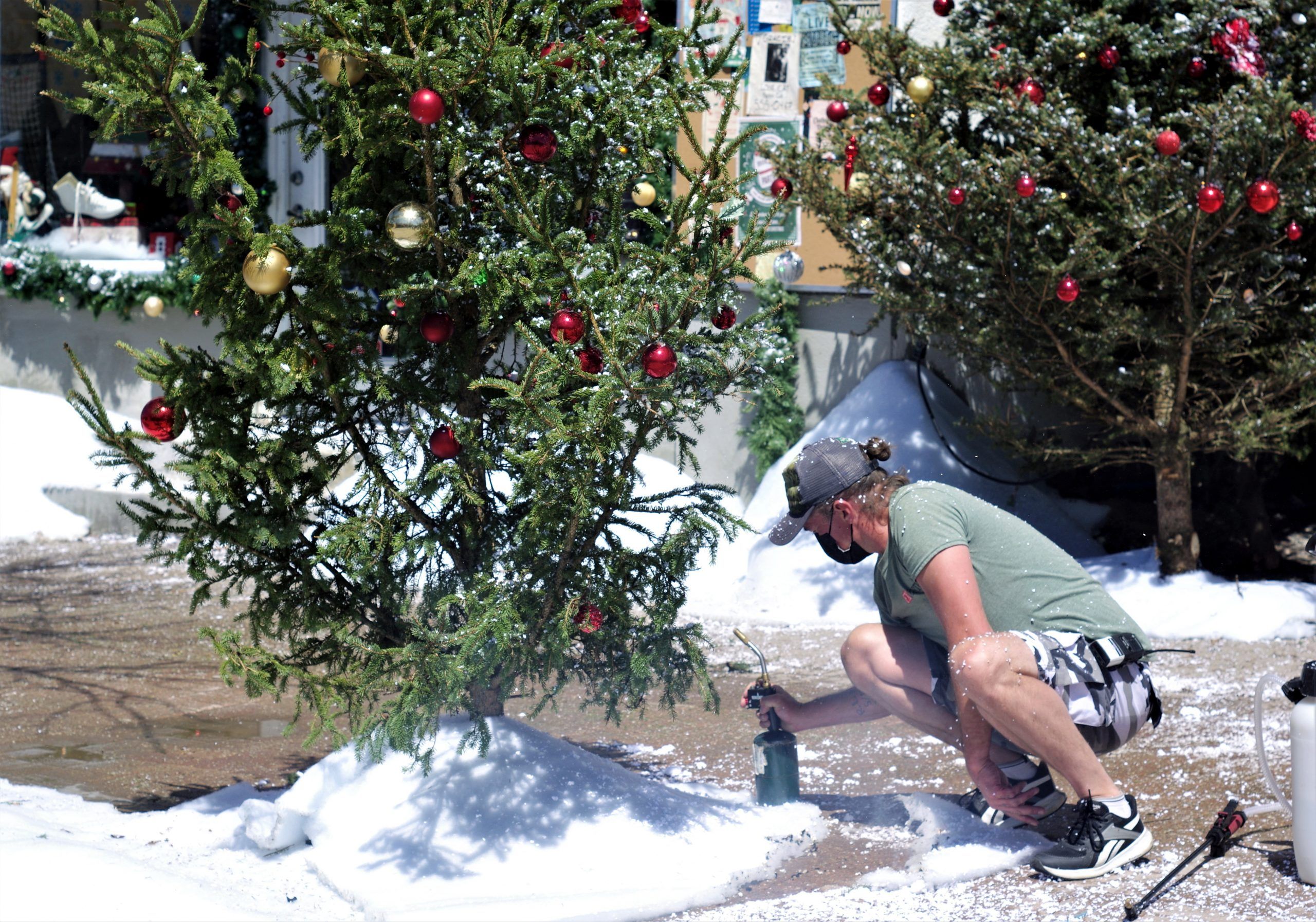 Students with the Near North District School Board have an opportunity to pursue film careers through a partnership the board has formed with Northern Ontario Film Studios.

The program was officially announced in Powassan Saturday where the movie The Christmas Farm is being shot.

By creating these opportunities, Anselmo says it gives young people a chance to stay in Northern Ontario as the film studio continues to shoot movies across the north.

The idea of engaging young people with potential film training opportunities was hatched by school board chair Jay Aspin, who began talking to Anslemo about it in October.

“I can see it growing and developing,” Aspin said during the launch.

“We want it to be strong and benefit our students and David Anselmo’s endeavours.”

Aspin said there are students interested in a film career, either in front of or behind the camera, and others who may become interested in such a career in the future.

Anselmo says the students who become part of the program will have an opportunity to learn about the industry locally as opposed to what he did when breaking into industry.

“I went to Asia and Europe to make movies,” Anselmo told local media during the launch.

There just weren’t that many opportunities for people like him to get a foothold in the industry locally.

That was until about 10 years ago, when he returned to Northern Ontario to help create the film studio and started to shoot movies in various northern locales.

Over the years, NOFS has been involved in producing more than 60 films in Northern Ontario, generating more than 2,000 full-time equivalent jobs for Northerners.

The film industry will keep growing, Anselmo says, so there is a need for more northern workers. He hopes the partnership with the Near North board will bring more “new faces to the industry.”

Anselmo says the students are introduced to film sets and how to behave on the sets.

They get to specialize and gain the skills they need to do a film-related job.

“Being on a film set appears chaotic, but it is very organized,” Anselmo said.

“You need to understand the different departments and roles. They (the students) then decide if they want to be in the industry and in what areas.”

Two of the students who are part of the film training program are Emma Gauthier-LeBlanc and her twin sister, Isabelle.

The 17-year-olds were born one minute apart with Emma being the older of the two.

Both attend Chippewa Secondary School and will soon graduate from Grade 12.

Emma says she’s always been curious about films and did some acting as a younger girl.

She recently got back into acting and says it’s the performance part that interests her.

She thought getting into films was an impossible task but added “if you believe it, it will happen.”

As for Isabelle, so far the exciting part of being on the set is watching the actors perform on the monitor. She finds the process fascinating.

Anselmo says The Christmas Farm will air as we get closer to Christmas.

The movie is supporting quite a few sectors of Powassan’s economy and is also employing a number of local people.

Nipissing MPP Vic Fedeli said at the launch there were about 70 men and women on the set of The Christmas Farm and hundreds of extras representing people from Powassan and North Bay.

Fedeli says the goal is to grow Ontario’s film industry to $5 billion from its current $2.8 billion.

That means more people will be needed to make future movies possible.

Although current estimates put the number of additional people needed to enter the industry at about 12,000, Fedeli believes that number could grow to as many as 20,000 people.

Anselmo also believes the film industry will grow in the province, especially in the North, saying 15 years ago no one thought this was possible.

As examples, Anselmo points to a $2-million turn-of-the-century town the film studio built in Powassan in 2019.

The ‘prop’ is permanent, the only one of its kind in Ontario, has received a lot of attention in the industry and is regularly sought after as a filming location.

Just last year, Anselmo says the studio and Hideaway Pictures announced a $125-million deal that will bring more than 25 film and television projects to Northern Ontario over the next five years.