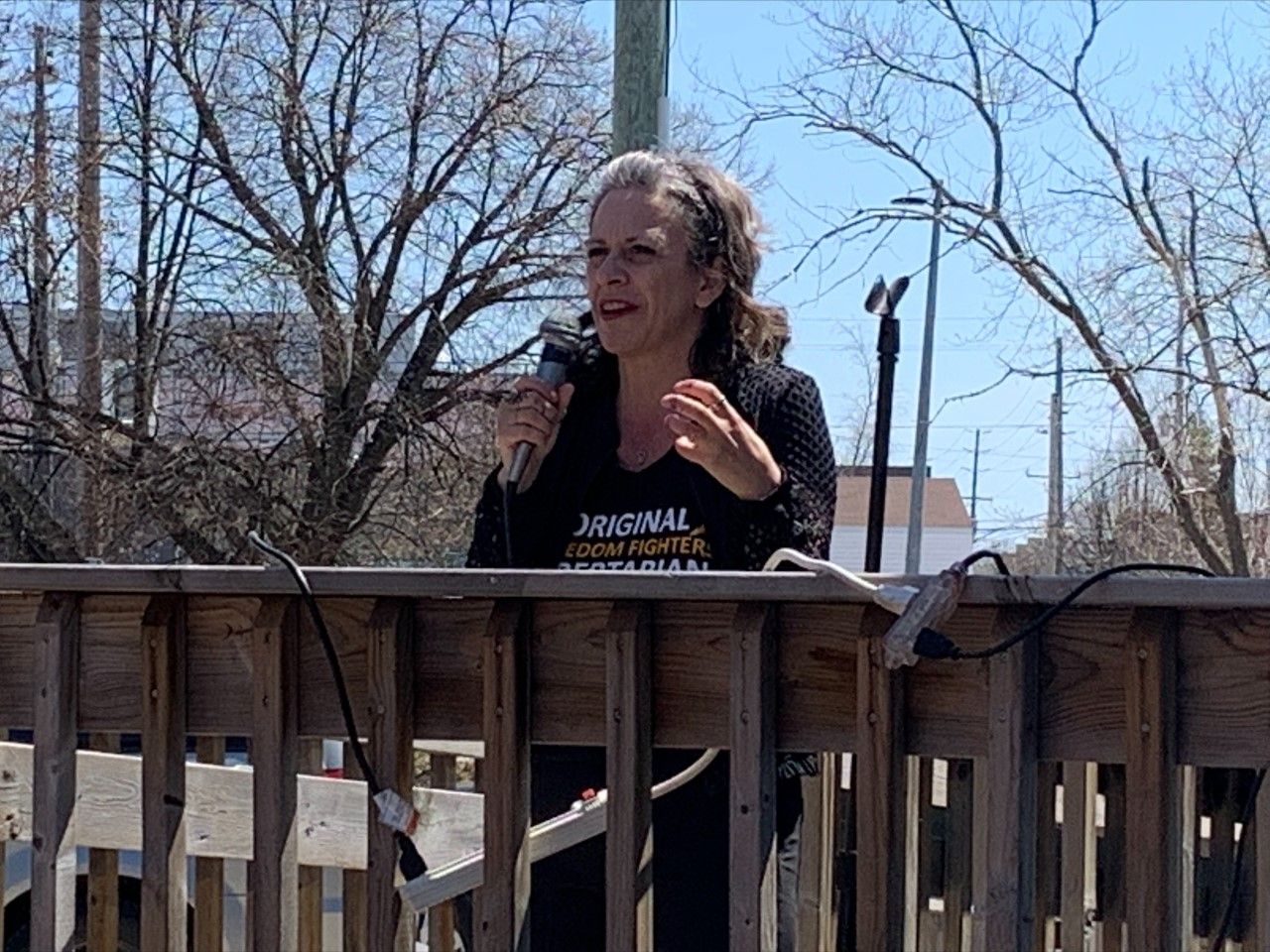 The Libertarian Party, New Blue Party and the Ontario Party are feeling left out of the provincial election landscape as candidates say they’re not being invited to local debates.

The Ontario Libertarian Party leader Mark Snow asked Nipissing candidates from the three parties how many local debates they’ve been invited to?

Michelle Lashbrook, Nipissing candidate for the Libertarian party said she was only invited to the candidates’ debate hosted by North Bay Pride.

Other candidates weren’t invited to any.

“They are using community organizations to set the rules which are private venues to say who and what person is allowed on stage. This is the suppression that is happening,” Snow told the crowd of about 75 people who gathered at the 406 Squadron RCAF Alliance.

She says this is the start of communism.

“I decided to run for the Libertarian Party, as much reach as we’ve had with Northern Freedom Alliance, our voices need to reach further out. I encourage everyone to look at municipal elections, run for council, board, committees, use our tactics to get involved,” Lashbrook said.

“I don’t want this to be our world. We need to reduce government.”

Action4Canada hosted a session Saturday afternoon at the 406 Squadron. Each candidate had a chance to speak to the crowd outlining their party’s position and goals.

Joe Jobin, Nipissing candidate for the Ontario Party thanked the other parties – Blue Party and the Libertarian Party for standing up for Canada.

He said he hopes all three will come together as one party.

“Don’t be discouraged, we will have victory, it may not happen overnight, good things take time and it’s going to take time, step-by-step, brick-by-brick and legislation-by-legislation we will restore what we lost.”

The businessman and ordained minister said he sat back in hopes the leaders of the province would “straighten things out.”

But then, he said, he couldn’t stay silent any longer.

“I kept thinking maybe things will straightened out and let someone else take care of it, but then when they weren’t getting straightened out I couldn’t remain silent any longer,” Jobin said Saturday.

“For a number of years I’ve started to realize something is wrong and the rules aren’t making any sense. We’re in a changing world and it’s not changing for the better. We can’t vote for self-serving politicians.”