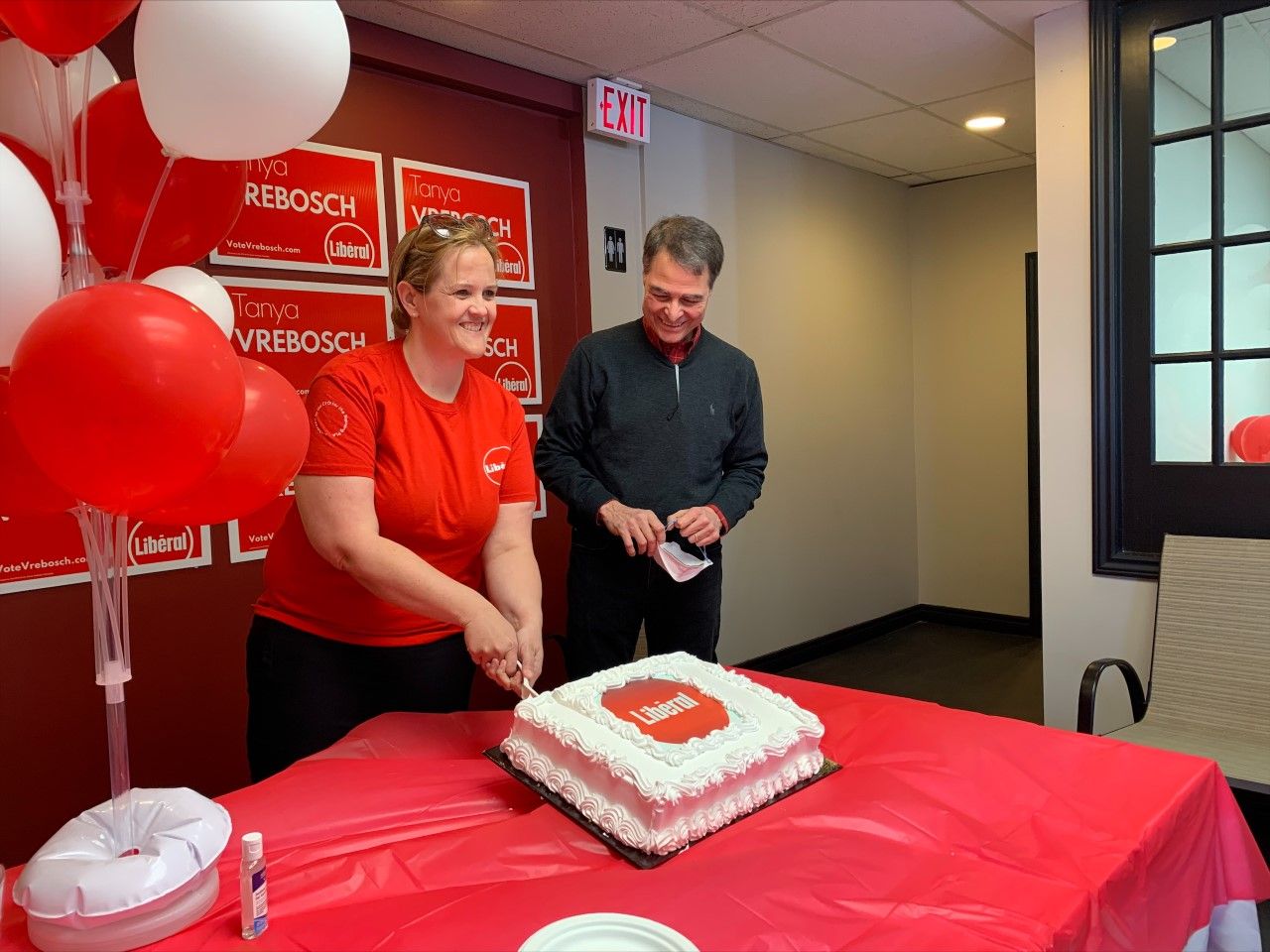 Nipissing Liberal candidate Tanya Vrebosch reassured supporters Saturday they will have a chance to meet the Liberal Party leader when he comes to North Bay next week for the Northern Ontario Leaders’ Debate.

“We have 26 days left, everyone is still saying who is Steven Del Duca? I promise you next week you, if you don’t know him yet, you will know him next week. He will be here for the Northern Leaders’ Debate for the FONOM (Federation of Northern Ontario Municipalities) conference,” she said during her campaign office opening.

Vrebosch said under Liberal leader Steven Del Duca “we’re looking at the people, the social side, what is really needed and what has been missing for the last few years like health care and fixing a really broken system, affordability and how can we get through the pandemic and how to make people more resilient?”

Vrebosch assured her supporters that if there were any red flags or she didn’t think this guy was legit she wouldn’t be standing here.

“He (Del Duca) has integrity, he stays true to his word and a good idea is a good idea no matter who brings it forward.”

She said voters have been hearing a lot about the Liberal’s education platform, “which is being released in pieces.”

“We have a fully costed budget, that is very focused on the people like our children and our health care workers.”

Vrebosch thanked her supporters including her siblings and their families and her parents, Coun. Bill Vrebosch and Gisele.

“Your support means a lot and it’s very heartwarming to see all of this support. We’ve been at this since Nov. 27 and I think people just woke up to an election. So seeing this is giving me an actual boost.”

Among Vrebosch’s supporters was Nipissing-Timiskaming MP Anthony Rota who stopped by to say a few words and greet her supporters.

He started off his speech by commenting on Vrebosch’s “beautiful campaign office (located on Lakeshore Drive).”

He also joked about the Freedom Convoy and the Canadian and derogatory flags about Trudeau as they drove by the Lakeshore Drive office.

“I know Tanya has been working very hard and she has tremendous determination. When she puts her mind to something she really goes for it.”

Rota said one of the questions he always gets is “why are you a Liberal?”

“When you look at the other parties they’re very ideological, usually constrained to one area and one train of thought. I chose the Liberal party, it’s not about left or right, it’s about taking the best ideas from both sides, we’ve been guilty of stealing ideas from both sides, we bring them to the middle, we’re very practical and pragmatic, that is what made this country what it is,” he said.

“Right now, there’s nothing but the Liberals in the centre.”