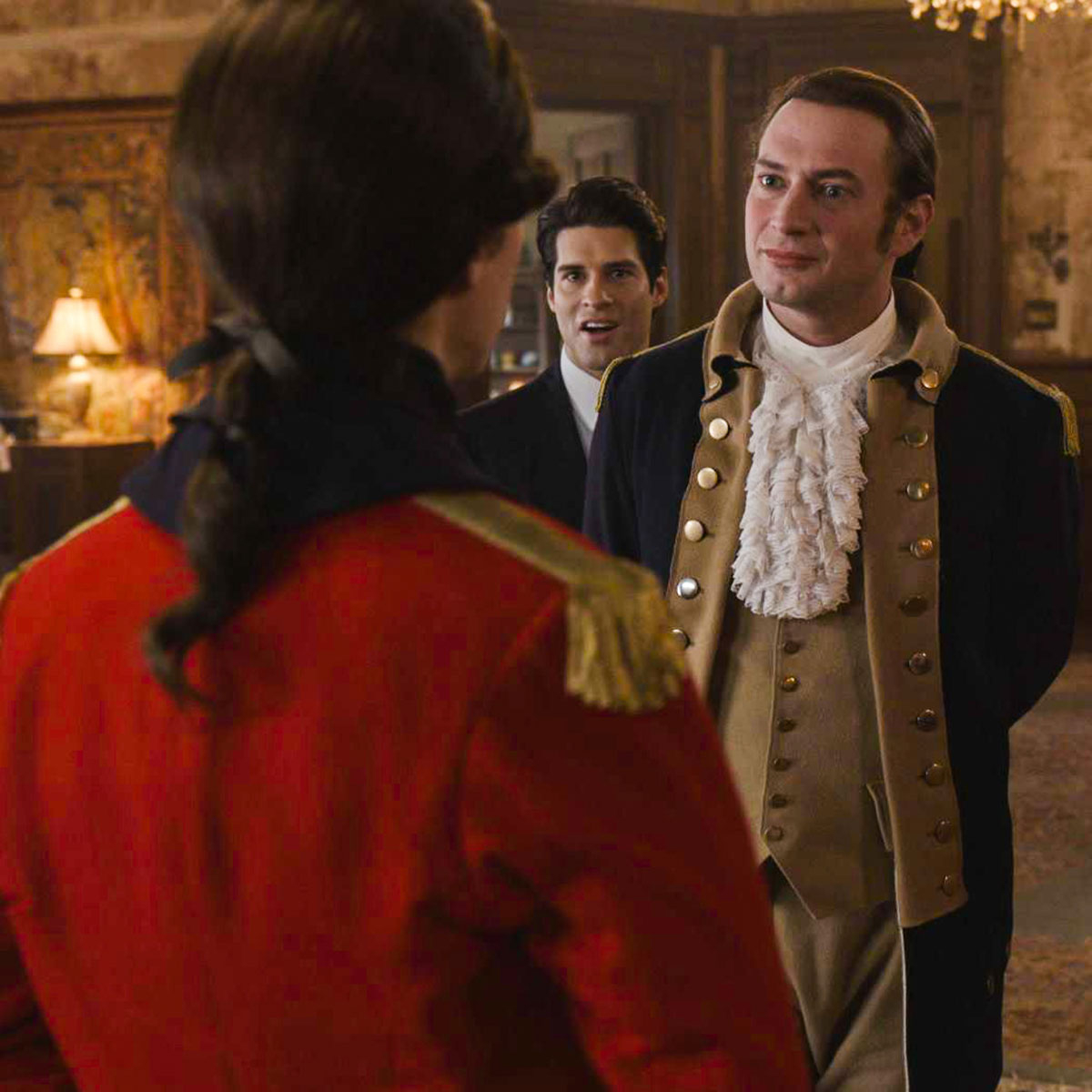 Even ghoulish spirits have to let loose sometimes.

The blooper reel for season one of CBS’ Ghosts, which was unveiled at 2022 Comic-Con on July 21, proves that even the dead—or at least the actors that portray them—know how to have a good time.

The cast, including Asher Grodman, Sheila Carrasco and Román Zaragoza, are seen flubbing lines, falling into laughing fits and making jokes to the camera in behind-the-scenes footage from the set of the breakout comedy.

Richie Moriarty, who plays deceased Pinecone Troop leader Pete Martino, can’t contain himself as he struggles to get out his line, “What I wouldn’t give to bury my face in the butt of a gummy bear right now.” We’re actually not sure it’s possible to say that with a straight face.

Richie faces a different struggle after Devan Chandler Long, who plays Thorfinn, slaps him so hard across the back during a scene that he can’t continue. “I can’t believe how hard he hit me,” Richie says as he attempts to laugh through the pain.