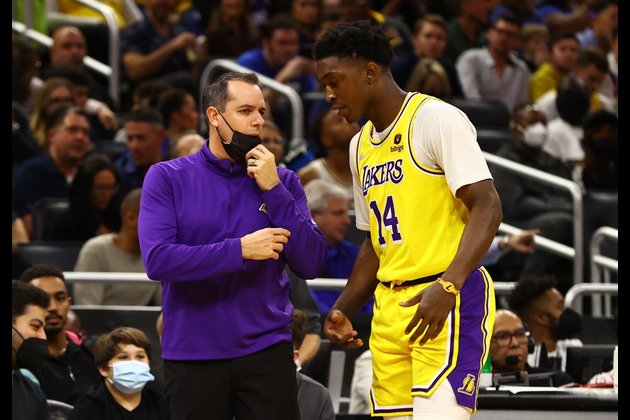 After a series of 10-day hardship contracts, forward Stanley Johnson is set to sign a two-year deal to remain with the Los Angeles Lakers, multiple outlets reported Wednesday.

Without a team to play for at the start of the season, Johnson first signed a 10-day deal with the Chicago Bulls on Dec. 10 because of the team’s COVID-19 outbreak but did not get into a game.

With the Lakers in the midst of their own COVID-19 outbreak, they first signed Johnson on Dec. 24. He signed two more 10-day deals on Jan. 6 and Jan. 17. After he averaged 6.4 points and 2.6 rebounds in 14 games (six starts), the Lakers will keep him moving forward.

Johnson, 25, scored a season-best 15 points during a victory against the Utah Jazz on Jan. 17 and has averaged 8.2 points with 3.2 rebounds over the last five games.

Johnson, a Southern California native, is a former No. 8 overall draft pick (2015) by the Detroit Pistons out of Arizona. In seven NBA seasons with the Pistons, Toronto Raptors, New Orleans Pelicans and Lakers, he has averaged 6.2 points and 3.1 rebounds over 385 games (83 starts).

According to the Los Angeles Times, the second year of Johnson’s deal is a team option. No financial terms were reported for the deal that is expected to be signed Thursday.