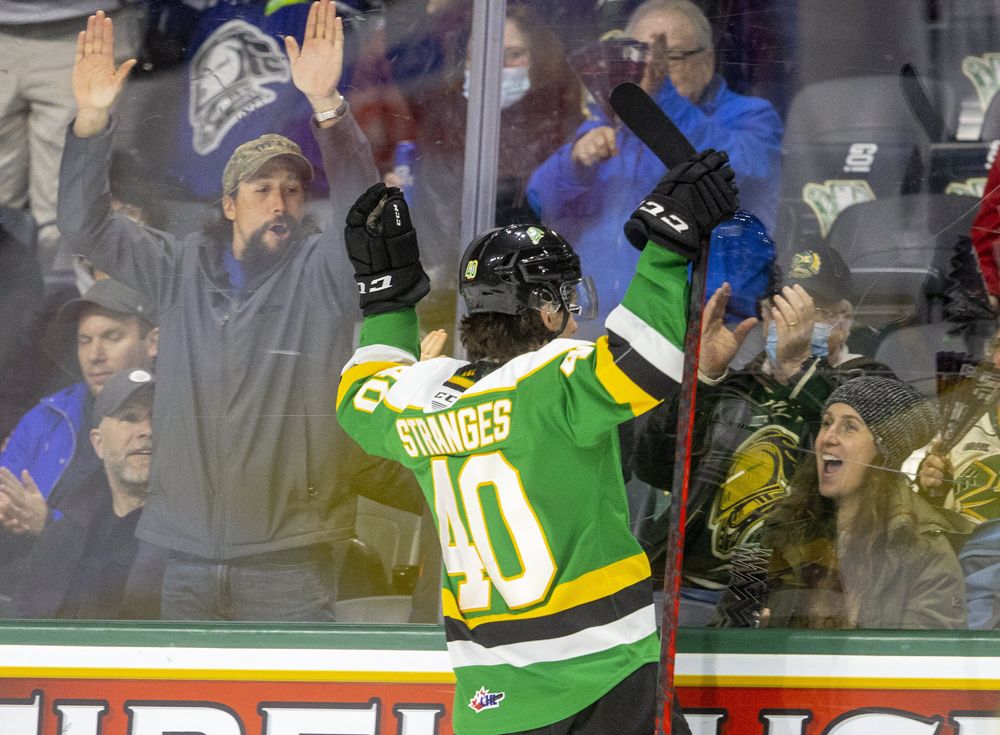 Amid a league-best 13 game point streak, the Owen Sound Attack faced down their nemesis.

The inescapable agent of the Attack’s downfall this season, the unbeatable dastardly Knights, improved to a perfect 9-0 on the season against Owen Sound with a 7-3 victory.

And stopped the Bears’ streak in its tracks.

The door was open just a crack too. The Knights were starting a call-up goaltender in net in place of the injured Brett Brochu. Brochu played in all eight previous games between the two teams and sports a sparkling .941 save percentage in those games.

Owen Willmore, who started the game for London between the pipes, came into the game with a career .844 save percentage in six OHL contests. He normally backstops St. Thomas in the junior B circuit.

He was good enough to win Friday against Owen Sound, making 29 saves on 32 shots.

The Attack scratched captain Mark Woolley, and veterans Nolan Seed and Logan LeSage Friday night for what, according to the local radio broadcast, the team was calling rest.

A strange decision that, as it turns out, likely wouldn’t have made a difference as London was out of the gate before the ink on the lineup sheets was dry.

Despite the lopsided result, Owen Sound opened the scoring just over a minute into the game when Nick Porco took a pass from Ethan Burroughs and snapped a shot past Willmore.

It was all London from there.

London’s Top-10 power play went to work with Cody Morgan potting a one-timer moments before human highlight reel Antonio Stranges went end-to-end and capped it all off with a deft deke to give the Knights the lead.

The Knights power play was operating at a 29 per cent clip against Owen Sound entering the game and scored on its first two opportunities.

Next, Luke Evangelista continued his dominance of the Scenic City skaters. The Knights captain took a Stranges pass and toe-dragged to the middle of the ice before beating Chenard with a backhand. His 49th of the season was also the 11th goal notched against Owen Sound this season.

In the second period, rugged overage forward Tye McSorley scored back-to-back goals to put London in front 5-1. Known more for his physicality than scoring touch, even McSorley was getting into the fun Friday for London.

McSorley’s second goal chased Nick Chenard from the net. He was replaced by rookie Corbin Votary midway through the second period.

McSorley capped off the hat-trick while the Knights had a power play in the third period, and less than a minute later Ruslan Gazizoz scored to make it 7-1.

Late in the game, Cal Uens and Bryant would score for Owen Sound – Bryant with a three-point night when it was all said and done – but it was too little too late.

Owen Sound’s three-in-three weekend set continues with a home-and-home series against the Sarnia Sting starting Saturday in Owen Sound with puck drop at the Bayshore scheduled for 7:30 p.m.