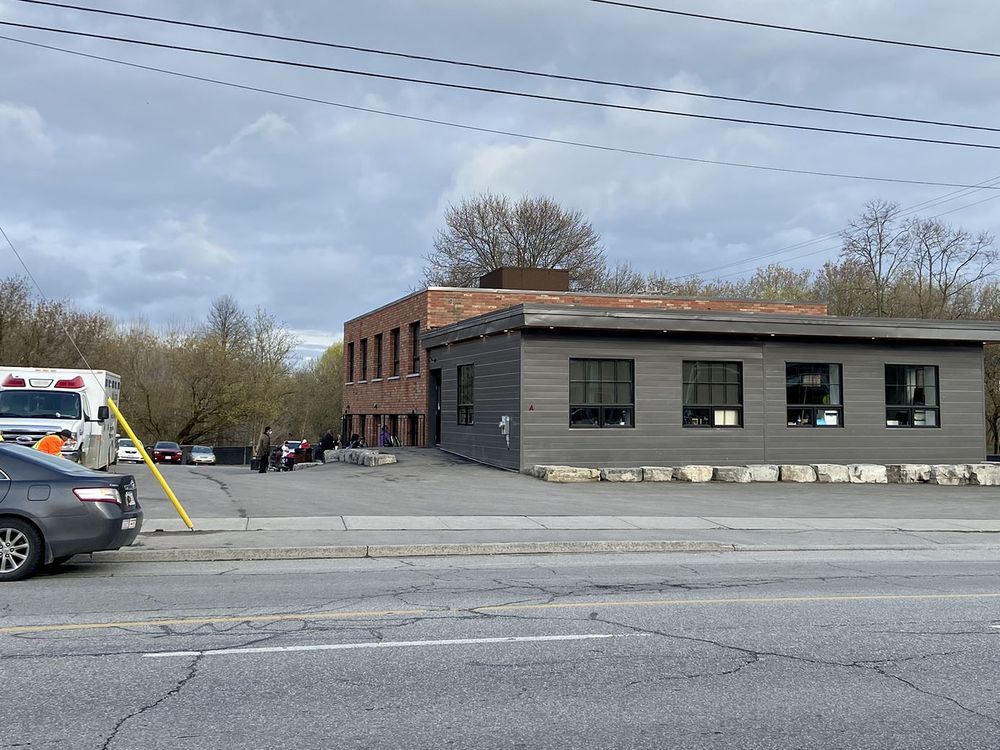 Kingston Police are searching for a man after they said another was stabbed at the Integrated Care Hub on Montreal Street early Thursday morning.

Police said that at about 4:45 a.m. officers were called to the Hub to assist Frontenac Paramedics with a man who had been stabbed in the back.

“Arriving at the scene police spoke with the victim who had sustained a minor injury to his back as a result of the assault,” police said. “Frontenac Paramedics transported the victim to Kingston General Hospital where he was treated for his non-life-threatening injury.”

Police learned that about 4:40 a.m. the victim had been walking in the parking lot of the Hub when a man known to him came up from behind him and stabbed him with a knife. The attacker then fled the scene northbound on Montreal Street.

The investigation is ongoing and police were able to identify the man who is currently being sought to face charges of assault with a weapon and possession of a weapon dangerous to public peace.

Const. Ash Gutheinz said police will not be releasing the wanted man’s name as the investigation is ongoing.

“This was an isolated incident between two individuals who knew each other from the ICH,” Gutheinz said.