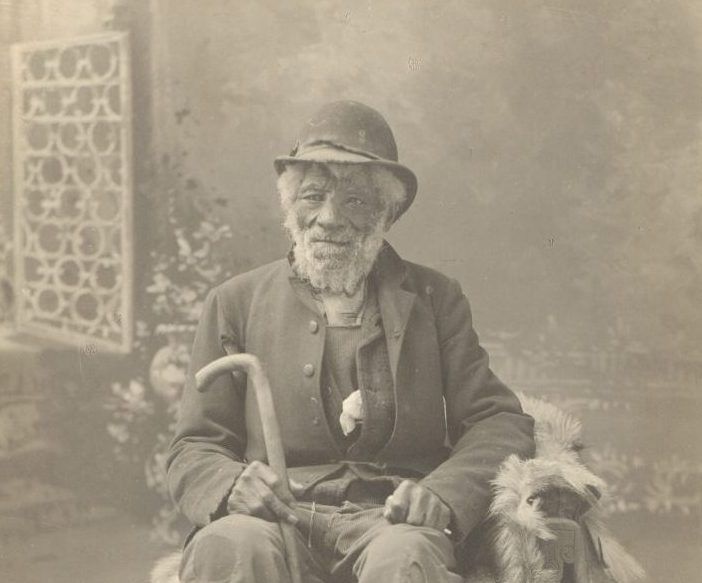 The story of John “Daddy” Hall has made it to prime time, a place the former Owen Sound resident has long deserved to be according to the director of a new four-part documentary series airing on national television.

Hall’s story is set to air on Friday at 9 p.m. on Global TV as part of BLK: The Origin Story, a four-part doc series about Black Canadians and how they helped shape the country. The show aired on the History Channel on Saturday.

On Wednesday, series writer and director Sudz Sutherland said using Hall’s story to help profile the lives of Black people in what was then known as Upper Canada just made sense because of all that he experienced in his life.

“He covers a lot of bases,” Sutherland said of Hall. “Just the fact he was a guy who fought in the War of 1812, was wounded, captured and then sold into slavery.

“It is an amazing story and we just felt it was worthy of documentation and popularization.”

Sutherland first learned about Hall’s story more than 20 years ago when he worked alongside Jennifer Holness on the documentary Speakers for the Dead, which was about Grey County’s early Black history, particularly the settlement at Priceville and the Old Durham Road Black Pioneer Cemetery, which was once plowed over and then reclaimed.

Sutherland said while working on Speakers for the Dead he learned a lot about the history of the area, and Hall’s story was one that stood out.

So when they got a chance to pitch the idea to Corus Entertainment about doing the doc series on the first Black Canadians to come to the country, they made sure the story of Daddy Hall was a part of that.

“We have carried the story around for 20 years,” Sutherland said. “The story wasn’t being told so we said, ‘let’s tell the story.’”

Hall’s story, which is familiar to many in the Owen Sound area but not necessarily to others across Canada, is one that seems almost larger than life.

Hall was Owen Sound’s first Black resident and served as the town crier in the city in the latter half of the 19th century.

But even before he arrived in the city, the man had a long and storied life. It is believed that he lived to be up to 118 years old, had up to six wives and up to 21 children over his lifetime.

Hall, whose father was Mohawk and mother was African, was said to have been born in the 1780s near Amherstburg. He was captured along with 11 members of his family in July 1813 by American soldiers while fighting for the British in the War of 1812.

After his capture Hall was taken to the U.S. and spent several years as a slave in Virginia and Kentucky before he escaped to Canada. He made his way north to Newmarket where he fought in the brief 1837 rebellion waged against the Family Compact, the oligarchy that ruled Upper Canada at that time.

Hall then moved on to Toronto before making his way north to a large Ojibway settlement at the Rocky Saugeen a few kilometres north of Durham in the former Glenelg Township. He then moved with his British wife to Owen Sound where he became the town crier.

Hall spent the last 50 years or so of his life in Owen Sound, but never received title for the land he settled on the north end of Victoria Park, then known as the Pleasure Grounds. Officials tried to evict him several times and attempted to auction off his land, but he refused, and held on to his land until his death in 1900.

Hall is buried in Greenwood Cemetery in what is known as Potter’s Field, where a large monument was unveiled last year in honour of the approximately 1,200 people buried in the previously unmarked plot.

Sutherland said what has become clear through the years is that Hall was obviously a handsome, charming, and very influential man.

“There were people that were charmed by him and won over by him. He had a personality that would do that in that time when white folks weren’t really given to that,” Sutherland said. “This a charming guy, a gregarious guy and a guy who could get people on his side and look out for him and that is something that leapt off the page for me.”

Hall’s story has become better known in Owen Sound and Grey County, thanks in part to the work of local historians and partners, including Grey Roots, and the Owen Sound Emancipation Festival. Owen Sound was the northern terminus of the Underground Railroad. Each year an Emancipation Festival picnic is held in the city, with 2022 marking its 160th anniversary.

The BLK production includes scenes of Harrison Park, including the Black History Cairn that was constructed there in 2004, and of Greenwood Cemetery and the Potter’s Field monument.

Profiling Hall’s story throughout the BLK production is Peter Meyler, who wrote about Hall in his 2007 book, Broken Shackles: Old Man Henson From Slavery to Freedom.

Artist Tony Miller, who did his own book called Daddy Hall: A Biography in 80 Linocuts, is also highlighted in the piece, while his linocuts appear throughout it.

The documentary includes numerous other historians, researchers and writers talking about Black history and the existence of slavery in Upper Canada in the late 18th and early 19th century. It touches on slavery that is still happening in the world today.

“We don’t really get taught that there was slavery in Canada,” said Sutherland, adding that the series also shines a light on the ways Black people helped shape the country, much of which is also left out of the history books.

The four-part BLK: An Origin Story series covers Black history in Nova Scotia, in Quebec, on the West Coast and in Ontario. Sutherland is planning to do a second volume of the series in the next couple of years, exploring Black history in the Prairies, the north and some Atlantic provinces.

Sutherland said he hopes people get a better understanding of Canada’s Black history by watching the series.

“The goals of the project were to shed a light on these stories that haven’t been told about Canadians and let’s spark a discussion or continue this conversation by people who are saying the history of this country hasn’t been told,” Sutherland said. “Let’s start talking about it and sharing that.”

Sutherland said they have created the series so that it tells a story, with actors, art and effects, but also provides an educational tool, without feeling like school or work.

“It is something that people can watch and learn from, as well as be entertained by,” he said.

The creators of the series have already received a lot of positive feedback on the work they have done, and Sutherland said schools are already asking to show the documentary in classrooms even before they have educational materials prepared.

“People are telling us we told their family story so beautifully, and that they never knew this stuff and they need to know more,” Sutherland said. “Some of the stuff is moving us to tears.”