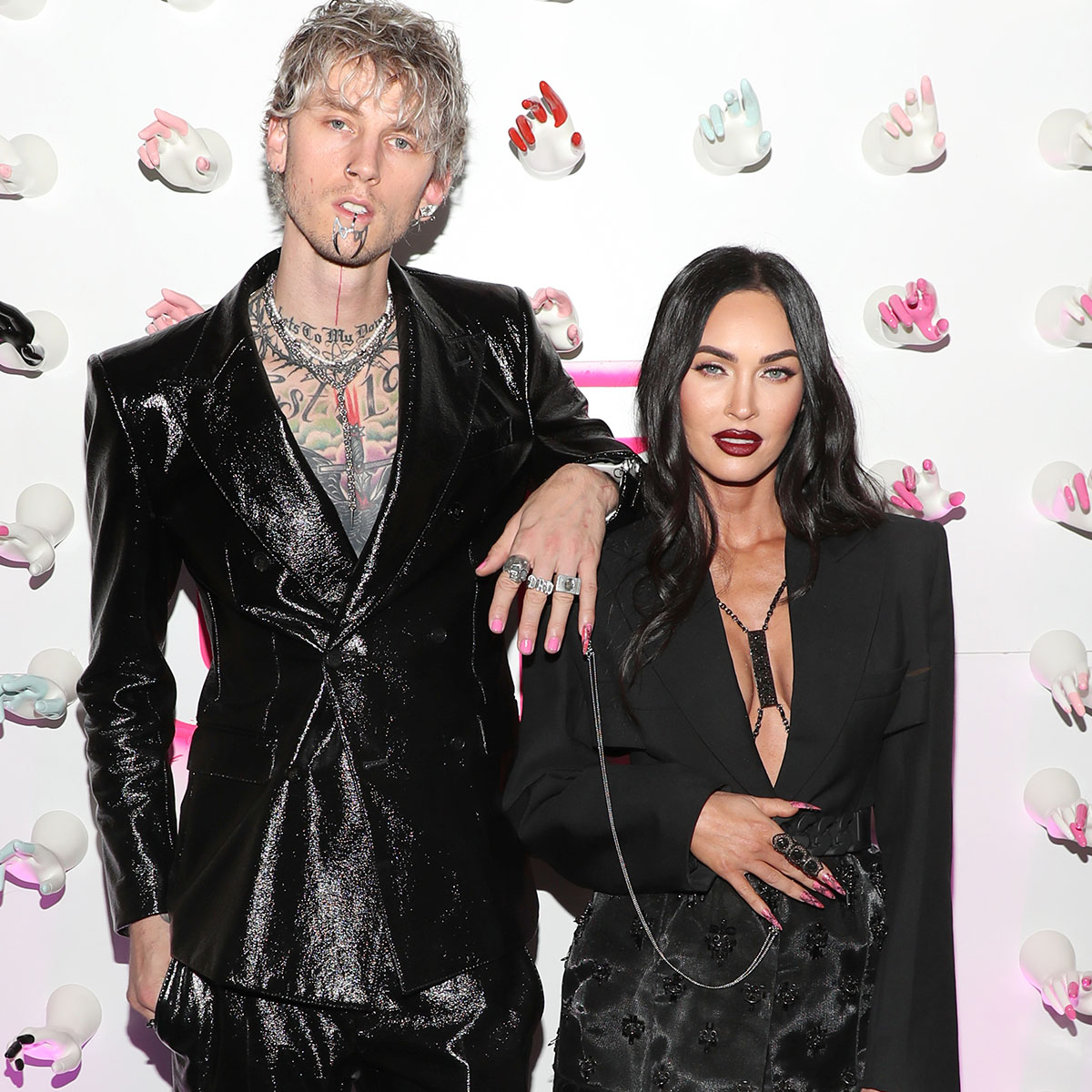 And, while they’re not rushing off to the altar just yet, that doesn’t mean the soulmates’ affections for one another have wavered. “Megan and MGK are going strong. They [have] a solid relationship,” the source said. “They both understand each other and actually have very similar interests. It works and she’s smitten about him.”

The source continued, “They spend a lot of time together when they aren’t working and have a unique bond.”

This isn’t the first time that the couple, who began dating in 2020, has hinted at their future wedding plans.

While visiting The Late Late Show in February, Machine Gun Kelly, real name Colson Baker, told James Corden that planning has been going slowly in part because it’s been difficult “trying to find a spot” that fulfills his “artistic” vision for the special day.

“The location is hard,” he confessed, before explaining that he’d love for the venue to feature a “red river” and “gothic” elements.

Whichever direction the couple decides to head in, one thing is for certain: It’ll definitely be an emo-tional day!