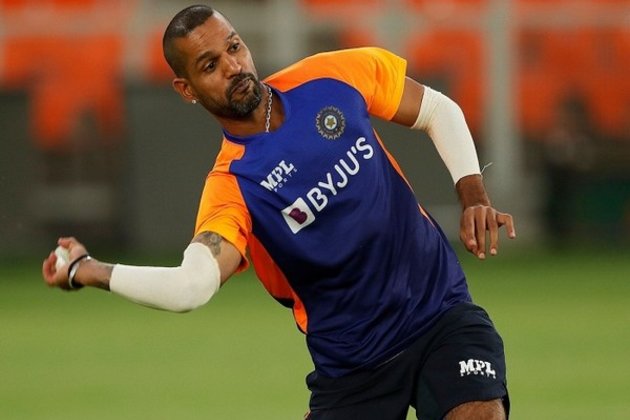 Dhawan has already played at two T20 World Cups for India in 2014 and 2016 and some good form at this year’s IPL tournament had seen his name thrust back into the selection spotlight.

But the left-hander was overlooked for the recent five-game series against South Africa, with selectors instead opting for relative newcomers Ruturaj Gaikwad and Ishan Kishan with regulars Rohit Sharma and KL Rahul sidelined.

Dhawan also missed out on selection for the upcoming white-ball tour of the United Kingdom, which commences with two matches against Ireland later this month.

While there are lingering concerns over the fitness of first-choice opener Rahul, Gavaskar does not expect Dhawan to be in the mix to make it to a third T20 World Cup in October.

“No. I don’t see his name popping up,” a blunt Gavaskar told Star Sports.

“If it had to pop up, it would have been in this squad (to play Ireland). A lot of guys have gone to England and he could have been in this squad. If he is not in this squad, I don’t see him ending in the mix (for T20 World Cup).”Gaikwad and Kishan did their chances of making the trip to Australia no harm by scoring a half-century apiece during the recently completed series against South Africa, with Kishan, in particular, impressing with a total of 206 runs at an average greater than 40.

But Gavaskar has no doubt what India’s best opening combination will be in Australia, should all players prove their fitness in time for the showcase tournament Down Under.

“My opening combination would have KL Rahul if he’s fit, and Rohit Sharma alongside him,” Gavaskar said.

The T20 World Cup commences on October 16, with India’s first match coming at the MCG against Pakistan on October 23. (ANI)