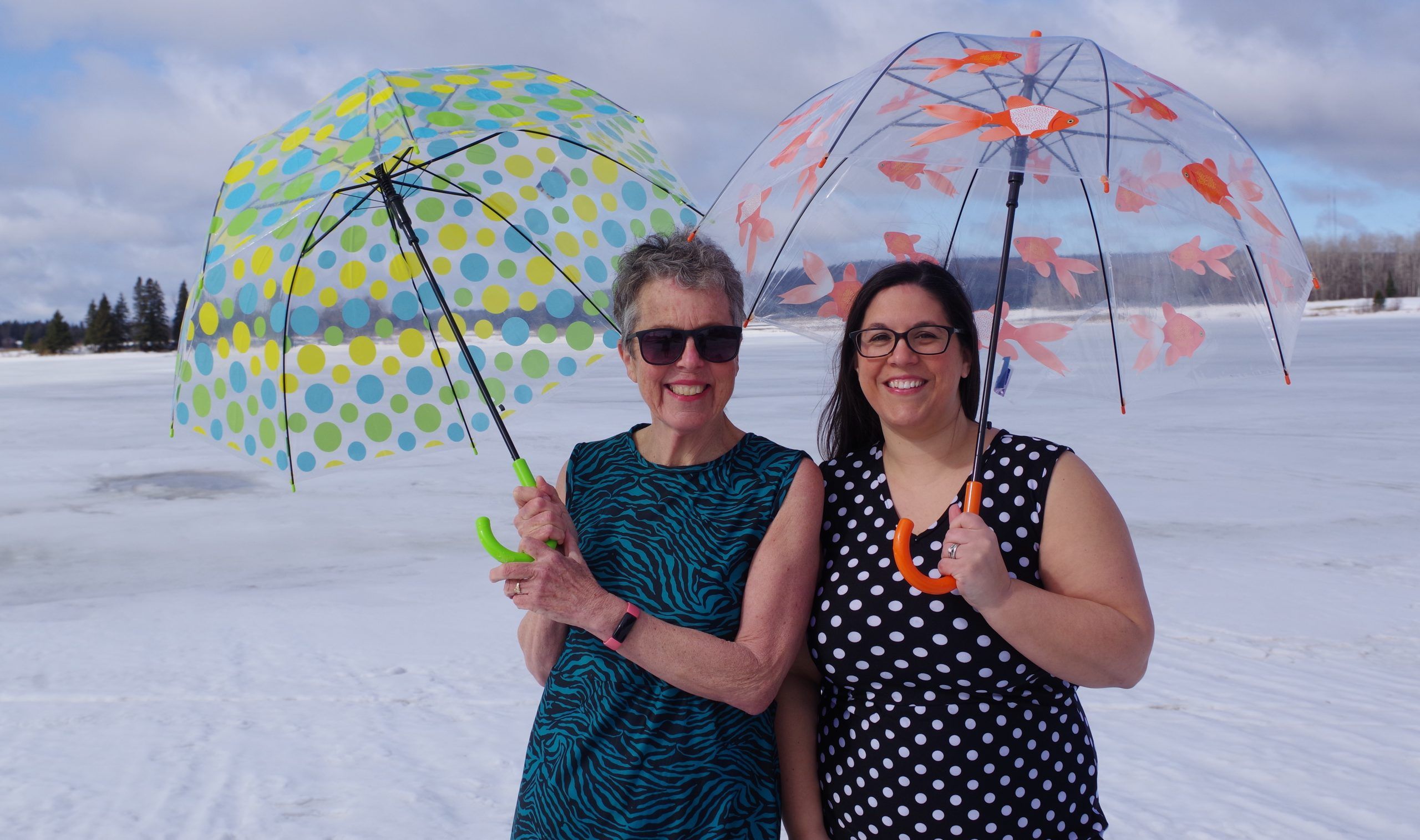 Two Powassan women will again brave the icy waters of Hydro Pond once all the ice has melted to raise money for summer activities for young people.

250 Clark events coordinator Kathie Hogan and Kelsey Ellis, who co-hosts Trivia Nights in the community, have each agreed to carry out Polar Plunge 2022.

And just like last year during the inaugural event, if the community raises at least $5,000, Mayor Peter McIsaac will again run into frigid water.

Last year’s Polar Plunge raised more than $7,000, forcing McIsaac to quickly run in and out of the artificial lake which is an extension of the South River.

All joking aside, Hogan says McIsaac is a great cheerleader for the community and does his part to help the town where he can.

“When I asked him about going in again, there was no hesitation at all, he said he was in,” Hogan said.

Last year’s money was used to improve Hydro Pond by removing a boat launch and adding more sand to increase the beach size.

Whatever is raised this year will go toward activities for young children this summer at 250 Clark.

As of March 22, the ice thickness on Hydro Pond was 22 inches so Hogan and Ellis have a bit of time before they head into the water.

Last year’s plunge took place on April 7 in 15 C weather, but the water temperature was a lot colder.

Last year they stayed in the water for about 20 seconds before heading back to the shoreline.

However this year, there’s an expectation they’ll be in the pond a little longer.

Hogan reached out to CTV about covering this year’s Polar Plunge.

“He’s insisting we swim strokes so he can capture it on video,” Hogan said.

“So he wants a more robust stay of us in the water if he’s going to bring his camera here from North Bay. We promised to do some swimming.”

Like last year, Hogan and Ellis will be wearing old fashioned swimsuits made by Julie Gohm, the owner of The Original Bug Shirt Company in Powassan.

“Julie made them special for us for the occasion, not that they keep us any warmer,” Hogan said.

Hogan says the public is invited to watch the Polar Plunge.

But there won’t be much advance notice on the date since it won’t be known exactly when all the ice comes off the pond.

“It will be a pretty snap decision and we’ll head into the water the day that all the ice has melted,” she said.

Hogan says the public can make donations at the front counter at 250 Clark, or through PayPal at www.250Clark.ca or drop coins and bills in the donation jars now in place at businesses across the community.

Hogan says she’ll be visiting Hydro Pond daily to get a sense of how fast the ice is melting so that she, Ellis and most likely McIsaac have a rough idea of when they’ll be expected to take a dip in the icy water.