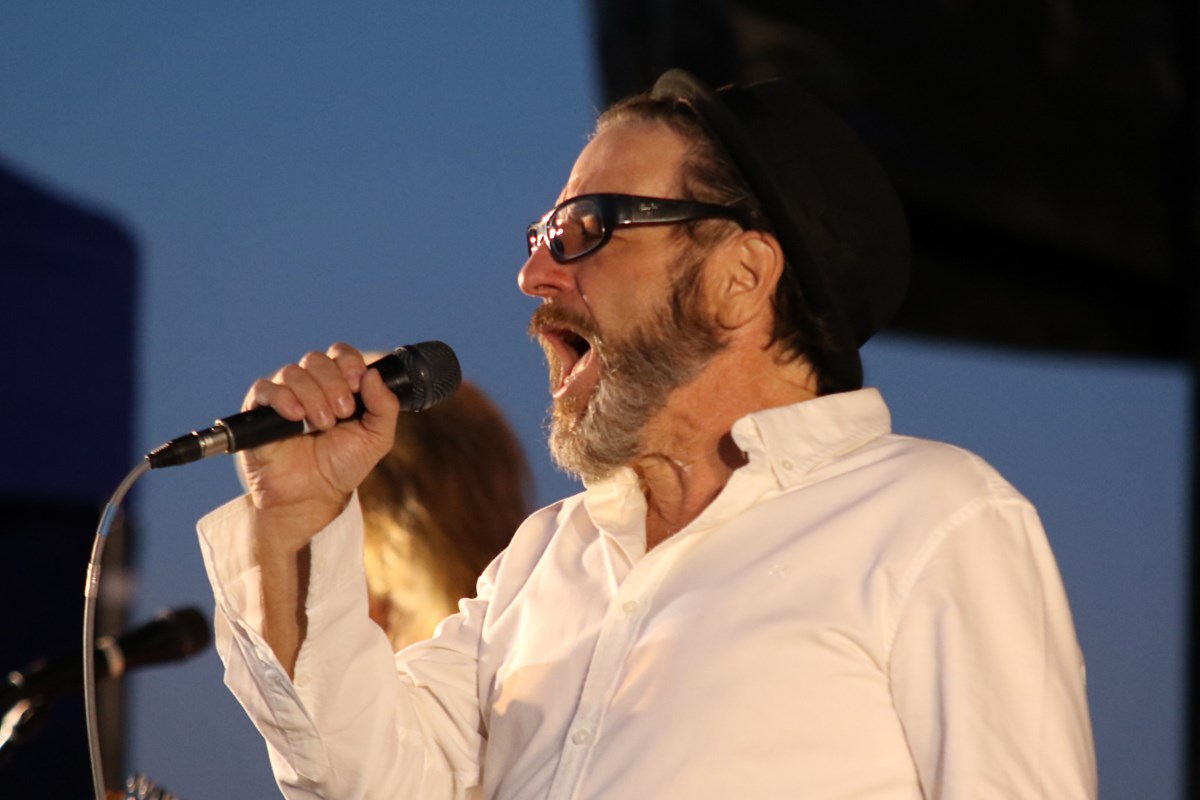 Trooper, Canada’s Party Band, lived up to the billing on Thursday night transporting a massive Canadian Lakehead Exhibition crowd back to the ‘70s and ‘80s with a collection of hit songs that helped form the soundtrack of a generation.

Formed in 1975, the band has been on the road ever since, though names and faces have changed, including the loss to retirement last November of founding members Brian Smith and Ra McGuire, the duo enjoying their COVID force hiatus too much to bother returning to the road.

Their music lives on, however, in a reinvented Trooper, featuring David Steele on vocals, his voice a near spot on impression of McGuire’s, no mean feat for a band with a catalogue as well-known north of the border.

It’s been a long time since I happened upon a Trooper show. In fact, I think it was 1992, when I was a young university lad of about 23, when I caught them for the first and only time on stage at the Misty Moon in Halifax.

For a minute on Thursday night, as Steele wove the lyrics of Santa Maria into a split version of General Hand Grenade, I closed my eyes and was transported back to Halifax three decades ago, their greatest hits album, Hot Shots, still getting worn out day in and day out on the family record player.

Though Trooper never hit it big worldwide, much like the Tragically Hip who came afterwards, they were beloved in their home country.

Those memories never really went away. Fans camped out for hours in the seated section and the bleachers at the CLE on Thursday night for a chance to sing along to songs they still know by heart, even as the decades march on.

Trooper opened with a bang, launching into We’re Here for a Good Time (Not a Long Time), a song so nice they played it twice, closing their two-song encore with their opener for those who might have wandered over to their set a little late.

They followed with 3 Dressed Up as a 9, a 1979 hit not included in their greatest hits package, but one that in retrospect was easily a top five Trooper song. The familiar songs kept coming, from Baby Woncha Please Come Home to Two for the Show and Ready before the quintet dove into a trio of deeper tracks – The Thin White Line, Boy with a Beat and Roller Rink.

Round, Round We Go was followed by The American Dream and then things ramped up, the General Hand Grenade and Santa Maria medley leading the band, which includes drummer Clayton Hill, bassist Scott Brown, guitarist Steve Crane and Keyboardist Paul Gogo, the longest-serving member of Trooper, into a four-song finale that included Janine, Pretty Lady, The Boys in the Bright White Sports Car and the crowd favourite, Raise a Little Hell.

With the crowd insisting they do at least one more song, Trooper obliged with a surprise cover of The Beatles’ Helter Skelter before closing with a reprise of We’re Here For a Good Time (Not a Long Time).

The names and faces may have changed, and not even Gogo or Brown, who joined the band in the mid-1990s, were around for Trooper’s heyday. But they still know how to rock, and if you close your eyes at just the right moment, you too might find yourself singing along at the Misty Moon all over again.