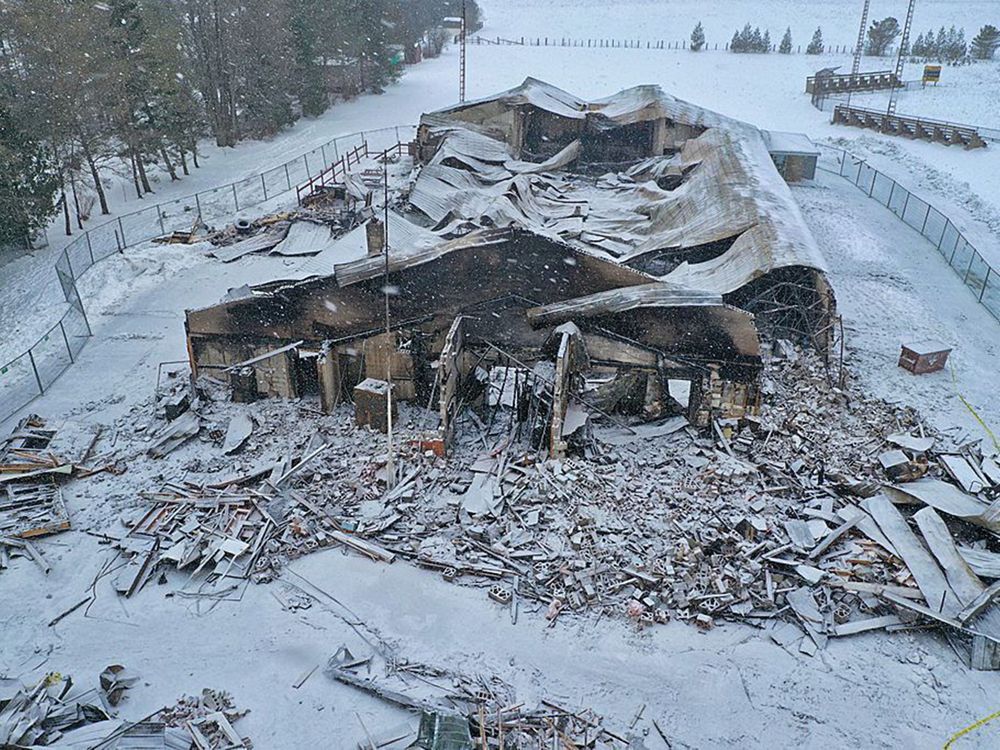 The vote was taken last Thursday involving 27 of about 80 total legion members. There wasn’t any discussion at all, Cole said in an interview Saturday. It was unanimous and they didn’t want to wait to learn how much the building insurance will cover.

“They were like absolutely not, let’s get on with it,” Cole said. “We want to rebuild, we want to get going. Let’s start fundraising and get to ‘er. We want to see this thing back up.”

She envisions “a bigger, better legion” that would bring in a bigger, younger crowd to help keep the legion going.

Fire destroyed the legion building on Jan. 21. “Firefighters determined it was in the furnace area,” where the fire started, Cole said. It was more than a $2-million loss, South Bruce Peninsula’s fire chief Tim Wilson has said. The building lot has been cleared.

Since the fire, quite a few people have been interested in joining the legion, Cole said. “We’re going to rebuild what we had but we could make (it) better,” Cole said. That might take more money, given insurance isn’t expected to cover all costs, she said.

“We’re starting to get more donations in all the time and people are saying if you’re going to rebuild we’ll gladly donate once we know going to rebuild. And more fundraising stuff is coming in so it’s great” Cole said.

More than $8,500 has been donated towards a $50,000 goal on the GoFundMe website. But people may also send cheques to the branch itself, Cole said. Fundraising events will be posted on the legion’s website.

Under the special events tab on the site there’s an April 22 concert featuring tribute artists of Neil Diamond, Dolly Parton, Stompin’ Tom Connors and Waylon Jennings at the Sauble Beach Community Centre at 7 p.m. The South Bruce Peninsula ATV club is planning a fundraiser for the new legion too, Cole said.

In addition to lost legion photographs, medals and documents, the music hall of fame lost its displays and memorabilia which celebrated local musical achievement.