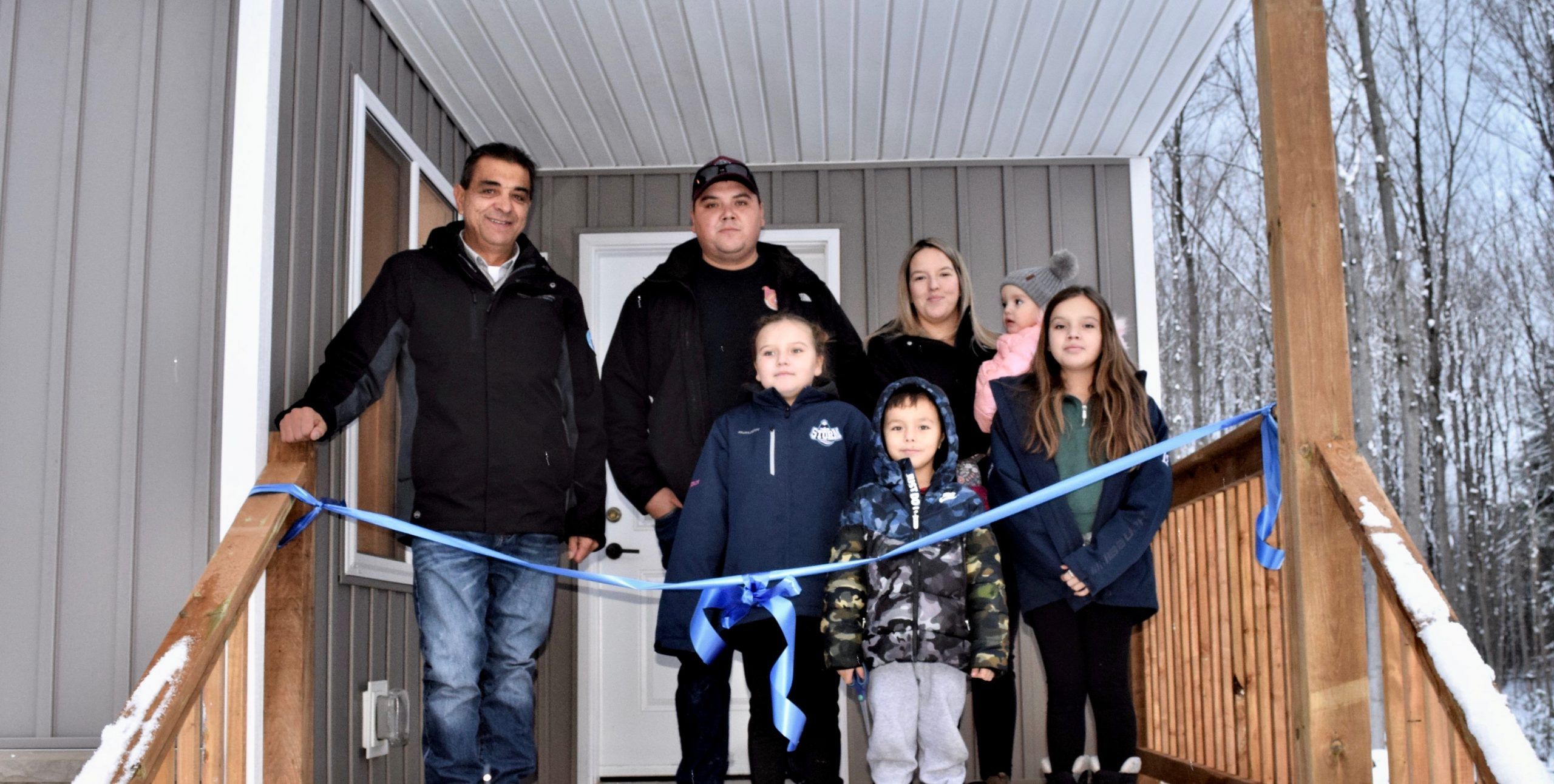 Construction of seven affordable homes at Saugeen First Nation is set to start next week using Habitat for Humanity as the building contractor.

This is Habitat’s go-to model now, to get more homes built faster, said Greg Fryer, the executive director of Habitat for Humanity Grey-Bruce.

The original model, in which Habitat raised money for a build, held the mortgage and was paid back over 20 years, allowed for a house or two per year to be built, Fryer said in an interview Friday.

In the building model used since 2018, Habitat is paid up front with public dollars through First Nations, including from Canada Mortgage and Housing Corporation, which is involved in the Saugeen build. The result is more homes get built with the same money than if private builders were building them, Fryer said.

Habitat doesn’t price its homes above its own costs, Fryer said. For a three-bedroom home, not counting the land, that’s about $250,000, he said.

Habitat still calls on volunteers, capitalizes on donation of materials and services, and requires homeowners themselves to contribute 500 hours of “sweat equity,” all of which helps keep homes more affordable.

With seven houses to build, it will take lots of volunteers. A growing source of those comes from workplaces, who send employees for a day, then some who participate tend to return with their spouses or others and volunteer again, Fryer said.

There’s a volunteer sign-up section on Habitat’s website. The organization can accommodate up to 40 volunteers per day. Volunteers won’t start on the job site until June. Until then, any remaining lot clearing will be done and foundations will installed, Fryer said.

Habitat has built 21 homes on both local First Nations communities to date — four last year at Saugeen and 17 at Neyaashiinigmiing, one of which it has been rebuilding after a fire last year.

Four three-bedroom homes and three four-bedroom homes will be built at Saugeen this year, all for young families with kids. They’ll pay monthly rent for 20 years then own the homes outright, through a certificate of possession of the land and building.

These homes will be located off French Bay Road, about a 10-minute drive north of Highway 21.

The band’s chief and council decide who will receive a new home. In this latest build, a young family from off the reserve will be moving back to the community, Fryer said.

Meanwhile, five tiny Habitat-built homes will be delivered to Neyaashiinigmiing as emergency, transitional housing this fall.

When Fryer learned the project co-ordinator had no one to take the tiny homes, he asked the Chippewas of Nawash at Neyaashiinigmiing, who readily accepted, he said.

Fryer said the two smallest homes, 170 square feet each, will be put on trailers and installed at the campground, where they can be hooked up to services, each to be used as emergency housing for one person. These homes could be moved as needed.

The three larger homes, 230 sq.-ft. each, will be put on permanent foundations and be for transitional housing as well. Each is large enough for a couple.

Saugeen and Nawash officials did not respond to a request for comment Friday afternoon.