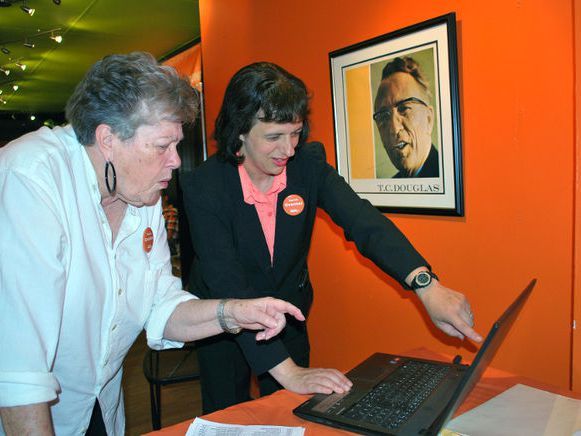 Bruce-Grey-Owen Sound’s runner-up in 2018 is once again putting their name forward to represent the local NDP in a provincial election.

Karen Gventer is seeking the local NDP nomination ahead of the 2022 Ontario general election.

Gventer finished second in 2018 behind Progressive Conservative candidate and current Bruce-Grey-Owen Sound MPP Bill Walker with 24 per cent of the vote.

Walker won the local seat at Queen’s Park with 54 per cent of the vote share in 2018, but the long-serving local MPP announced he would not seek re-election in 2022.

The local NDP plans to hold its nomination meeting online May 4, using Zoom.

“Life has become less and less affordable. The price of gas, food and housing is going up. Wages are not keeping pace,” Gventer said in a media release. “It doesn’t have to be this way. The Liberal and Conservative governments have made decisions over and over which have not put the majority of Ontarians first. I’m excited to be running for a party that has concrete plans to make things better for all of us.”

“We have plans that would improve lives from conception through to retirement and beyond. We have plans to fix our health care system, fix education and schools, and provide quality public services you can count on. The Ontario NDP is in tune with the needs of Ontarians. We will deliver on those needs. I fervently believe that our party cares about you, your children and your quality of life. There is no good reason that in a province with such wealth, that so many have to do without,” Gventer said.

If successful in the nomination bid, Gventer will join a field that includes Grey County Warden Selwyn Hicks who is running for the Bruce-Grey-Owen Sound Liberals.

Rick Byers has been appointed by Ontario Premier Doug Ford as the Progressive Conservative candidate.

Paralegal Suzanne Coles will represent the Ontario Party in the riding while Great Lakes freighter engineer Dan Little runs for the Ontario Libertarian Party and Vince Grimaldi has entered the race for the New Blue Party of Ontario.