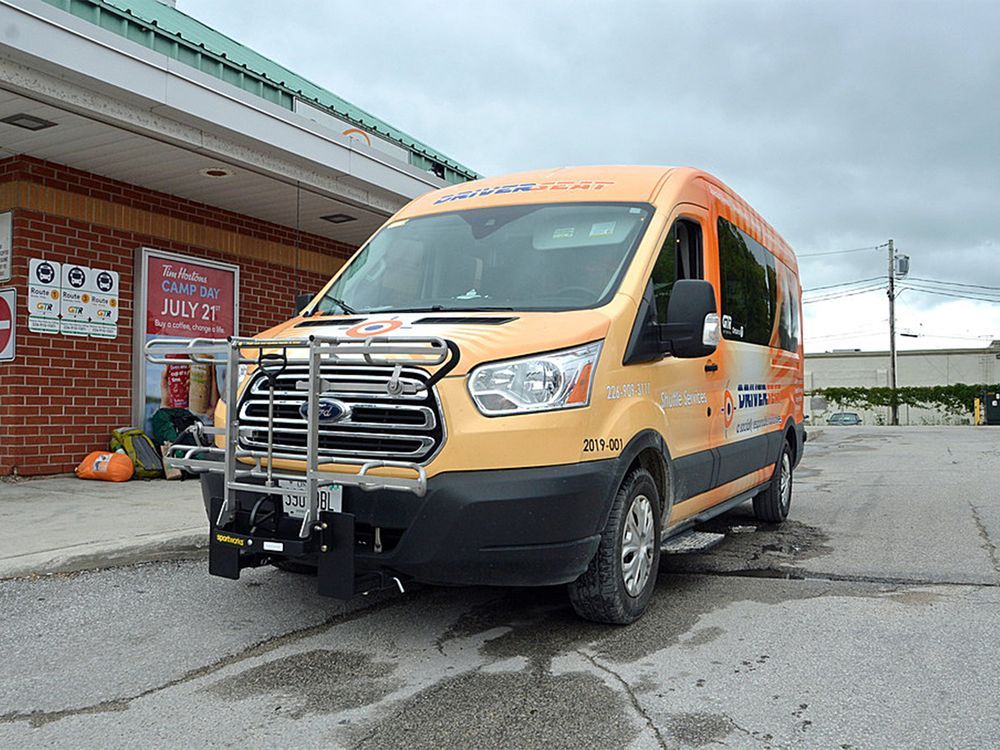 The Grey Transit Route inter-community transportation service is seeing its ridership continue to rise, but along with the success come some challenges including future sustainability and a spike fuel prices.

Grey County council was updated on the service on Thursday, where they heard that ridership has increased dramatically, particularly in recent months as the service was expanded to run more days per week and more times per day. In the first month of service in September 2020, there were 29 riders on the buses, but some 21 months later, the monthly ridership has ballooned to 1,750 in June, with some routes seeing full vehicles.

“The public has responded very positively to your decision to make further investment in more days per week and more runs per day in the GTR service,” Chief Administrative Officer Kim Wingrove told council on Thursday. “Since that expansion began on April 1 of this year, average monthly ridership has increased by 240 per cent.”

Wingrove said that due to ridership growth, Route 1 from Owen Sound to Dundalk and Route 2 from Dundalk to Orangeville are seeing the 10- and 14-seat vans used almost at capacity on occasion.

While the high ridership is welcome, Wingrove said the county will have to closely watch the ridership on those routes. The service is now on Google Transit, which she said “is probably a much more powerful way of connecting people to the service than anything we might do,” but part of being on the app is that the service must be able to allow walk-on users.

“We really do encourage people to book seats in advance, and they are wonderful to do that, but there is always that need to ensure there is a little bit of space for those people who might get to a stop,” Wingrove said.

On Thursday council received a report on the service and directed staff to undertake a sustainability business plan project to find ways to strengthen the GTR network over the short, medium and long term. Council was also asked to consider during its upcoming 2023 budget deliberations to continue with enhanced system funding in the amount of $280,000 over the 2022 approved budget, as well as an additional $42,200 to defray fuel cost increases. If council approves the increase next year, it would require more than $600,000 from the county tax levy to keep the system’s current level of service.

Wingrove said the original contract with Driverseat was based on estimated fuel prices of $1.30 per litre, which at the time seemed “like some healthy room to manoeuver.” The new fuel surcharge estimates for 2023 are based on fuel prices averaging $2 per litre.

The county launched the GTR almost two years ago after it received $1.85 million through the province’s Community Transportation Grant program.

Southgate also received $500,000 from the program and that funding has been used to extend the GTR service from Dundalk to Orangeville. Wingrove explained that the county administers the extension into Dufferin County as it is part of the overall system. While there is an estimated shortfall of $37,000 for that portion of the route for 2023, Thursday’s report had that covered by Southgate or “other external sources.” But Wingrove said she thinks county council has a policy decision to make on that extension.

“Basically the ridership on the route portion between Owen Sound and Dundalk I think is significantly impacted by the ability of people to continue on and get to Orangeville and get to the Go station,” Wingrove said. “So if that is the case, is it appropriate for Southgate alone to bear that additional $37,000 or should it be part of the overall operating cost of the whole system, because it is in fact part of the whole system.”

Wingrove said the sustainability business plan project will involve “taking a deeper dive” into Southgate-funded extension from Dundalk to Orangeville. Wingrove said staff hopes to have that plan in council’s hands in time for budget talks in early 2023.

“Some routes are very successful, some less so,” said Wingrove. “As time goes on perhaps we want to focus on developing the things where we really see a clear business case and a clear demand.”

The original funding was to see the service continue until March 2023, but then last year the province announced Grey and Southgate would receive another $1.2 million to extend it until March 2025. Driverseat Owen Sound has been contracted to operate the service.

Further enhancements to extend the service lines and frequencies have been made with funding from other municipalities, including Bruce County for a route extension from Hanover to Walkerton, South Bruce Peninsula and Bruce County for summer service to Sauble Beach as well as Shelburne for weekend service on the southern leg of the Owen Sound to Orangeville route.

Grey County also approved spending additional funds on the system to increase the number of days per week and runs per day the system operates with those changes taking effect in April. Wingrove explained Thursday that the cost to return the GTR to the lower level of service it was at prior to those additions, would result in a levy requirement of $287,500 in 2023.

Another pressure facing the system is that provincial funding is fixed at just under $701,000 per year and does not include any inflationary protection or factor in quick jump in gas prices experienced this year, Wingrove said.

With a delegation at the upcoming AMO conference, the county also intends to lobby the province for inflation protection and funding to offset fuel cost increases, as well as further support to enhance the service.

Wingrove said they continue to hear feedback from riders about how the service has made a difference in their lives.

“It enables travel that would otherwise be impossible for people,” Wingrove said, adding that customers also praise the “excellent customer service that Driverseat provides.”