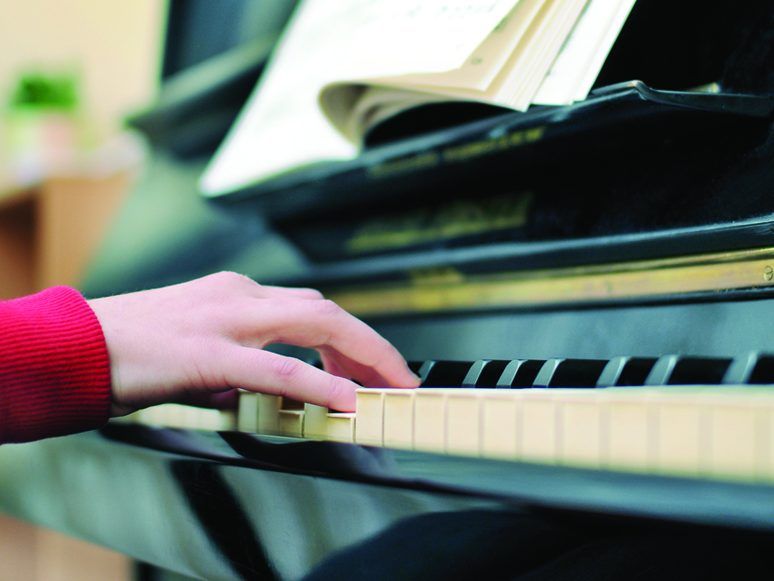 The Grey County Kiwanis Festival of Music is back in a virtual format for a second straight year as it celebrates its 90th anniversary.

Approximately 200 local children and youth have registered for this year’s festival, which will be adjudicated this year from April 4 to 14. The event will be capped off again with a virtual Festival of Stars award concert, which is to be released April 26.

Festival chair Mark Hendry said Wednesday that registration is down from about 300 that took part last year’s virtual event. But they are happy with the numbers and appreciative of those who registered considering the challenges around the COVID-19 pandemic and changing health protocols leading up to the event, particularly for school groups and teachers.

“Overall we are pleased with the amount of entrants that came in,” said Hendry. “It is a pretty good showing because I think that both schools and private teachers were challenged a bit more this year than maybe even last year.”

Hendry said the decision to go virtual was made last fall, with still so much uncertainty around the COVID-19 pandemic. He said with a virtual festival already under their belts last year, it is something they are familiar with doing again, with the hopes of returning to a live event in the future.

Hendry said a few small changes were made with registration for this year’s festival, but it is running essentially the same as last year’s event.

The registration deadline for participants was at the start of March with a March 12 deadline to submit video links to performances.

Now adjudicators will view the performances over the coming couple of weeks. Hendry expects some adjudicators to provide video responses to participants this year, which he said is nice to see as it provides more personalized feedback for participants.

Hendry said participants in this year’s festival range in age from about five to 22 in a variety of voice, instrument, speech and theatre categories. He said there is some impressive young talent that comes through the festival each year.

“Some of the senior youth have been performing for years and they are really at a high level, which is wonderful to see” said Hendry. “And they are not really too hampered by the virtual entries. They are great performers and we are fortunate to have them sharing their talent with us.”

He said the festival is an important part of development for the young musicians.

“It is really to develop their musicianship and their performing ability,” said Hendry. “It is about performing to a standard. They can then take that back to a teacher or for some of them if they are going on further to another performance or another exam. The festival is really good experience for them.”

Hendry said they are proud to be marking such a big milestone at the festival with their 90th anniversary, of which the Owen Sound and Meaford Kiwanis clubs have been a part of for a very long time, along with other sponsors.

“We still have lots of community support from teachers, the Kiwanis club and the community in general,” said Hendry. “People are always wanting to do it and be a part of it.”

The Festival of Stars concert being released in late April will include award winners and performances from some of the top participants. The video will be available on the festival website at kiwanismusicfestival.net

To mark its anniversary, the festival is also holding its 90 for 90 fundraising campaign, with donations being accepted at Grey County Kiwanis Festival of Music, PO Box 456, Owen Sound, Ont., N4K 5P7 or online through the festival website.