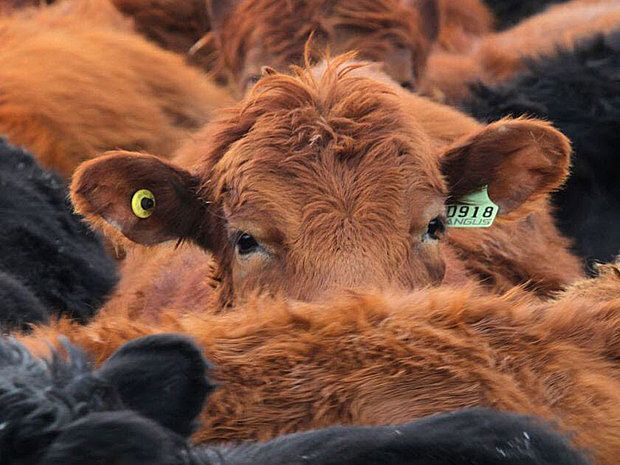 Included in county council’s agenda package Thursday was a letter from John Tamming, an Owen Sound city councillor, who questioned why Grey County’s recently approved climate action plan didn’t have any answers as to how to deal with greenhouse gas emissions generated by cattle in the county.

Tamming cited the report and its conclusion that in Grey County, the methane gas produced by cattle accounts for almost all of the greenhouse gasses generated by agricultural activity, and almost 33 per cent of all GHGs generated. He added that other than some changes to the diets of cattle, the county’s plan has “no apparent answer to this massive source of our GHG.”

“An exhortation to reduce cattle would be unenforceable, of course, but at least it would be consistent with the professed claim by the county that climate change is an ‘emergency,’” Tamming’s letter stated. “I am trying to square that declaration with the apparent failure in the report to address cattle.”

At its meeting on April 14, Grey County council declared a “climate emergency” and endorsed its climate action plan to achieve net zero emissions at a corporate level by 2045 and county-wide by 2050.

During that meeting, county council heard from Catlin Rodger of ICLEI Canada, who provided figures showing that 86 per cent of the GHGs generated in the county from biogenic sources and waste was from livestock – 65 per cent from enteric fermentation (methane) and 21 per cent from manure management (both nitrous oxide and methane) — with only about 13 per cent attributed to solid waste.

On Thursday, Linda Swanston, the county’s manager of climate change initiatives, said the county’s climate action plan does recognize the role livestock plays in the county’s GHG emissions and part of the main pillars in its plan is to support agricultural capacity building.

At the same time, Swanston said the county recognized that it does not have a significant amount of ability to influence GHG reduction in the agricultural sector.

In the plan, the county identifies possible actions to offset GHGs in the sector, including working with organizations like Grey Agricultural Services and alternative land use services to increase the sustainability of the agricultural sector by supporting emerging low carbon and decarbonization activities like low till and no-till farming practices.

Chatsworth Mayor Scott Mackey said he was not in favour of any suggestion of reducing cattle herd sizes as a way of reducing GHG emissions.

“I don’t think any of us want to see that happen within Grey County. We recognize the importance of farming,” Mackey said.

Chief administrative officer Kim Wingrove asked council on Thursday for a confirmation of support on the climate change plan and the recommendations within it as the “correct plan and the appropriate plan for Grey County to be supporting at this time.”

“Certainly all of this work is very much a work in progress. We learn new things every day,” said Wingrove. “There is new technology every day that we will be constantly monitoring and taking into account.”

Council passed a motion to receive Tamming’s correspondence and reiterated its support for its climate change action plan and the impacts and mitigation opportunities included in it.

“I think we were all really impressed to hear about the initiatives our agricultural community is already implementing,” Keaveney said.