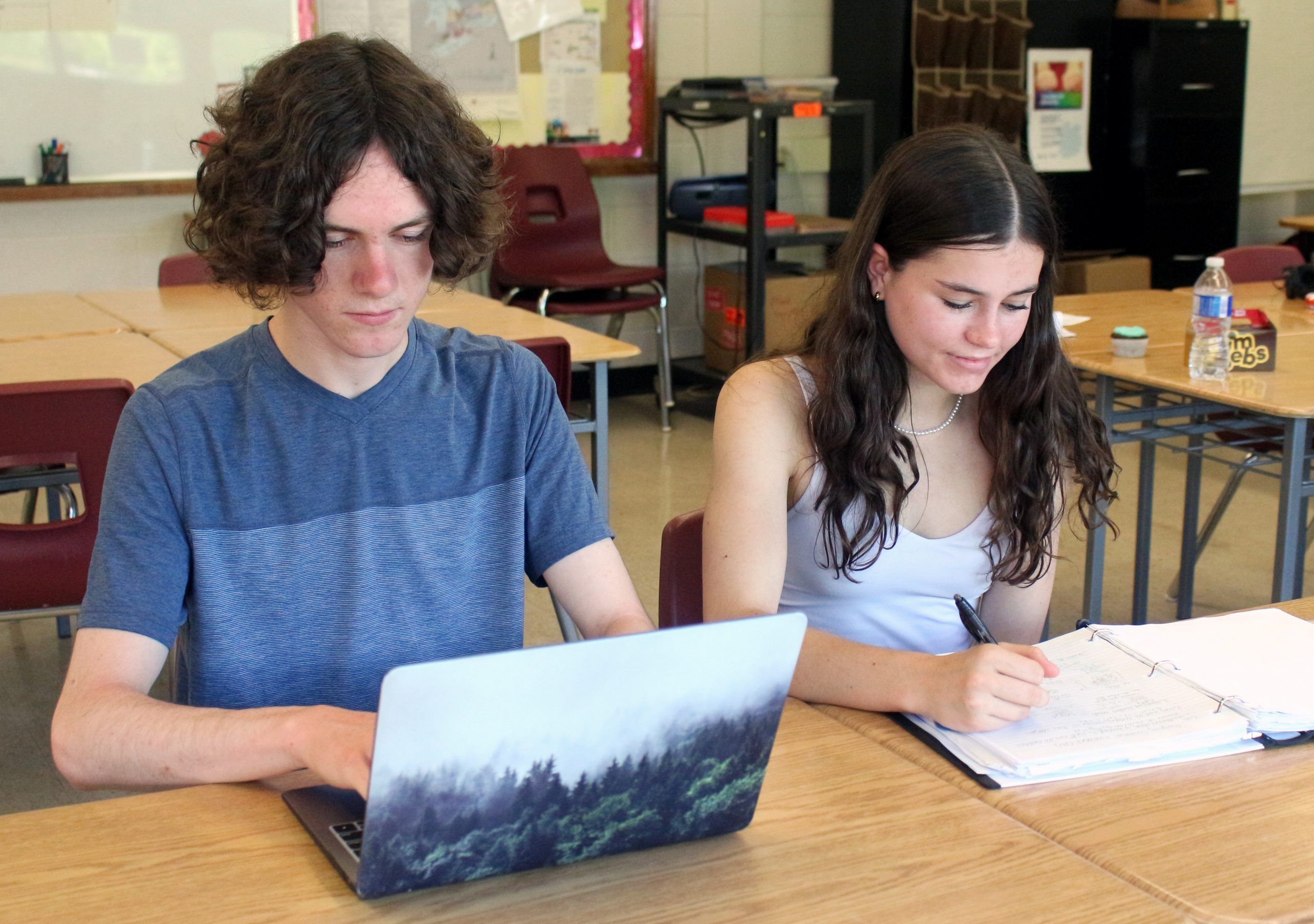 Eve Harrison and Charlie Pipe weren’t sure if they would be able to enjoy the full grad experience this year.

After all, for the past two years, high school grads lost their chance at the big ceremony in front of their peers and parents, the proms and the dinner that went with them.

“Some of my friends (who graduated last year) said it didn’t feel like grad,” Pipe said.

“Having a ceremony, you can take it all in. The drive-in grads didn’t feel like grad. It was kind of anti-climactic, sort of empty.”

The two Grade 12 students at Chippewa Secondary School have gone through two years of their high school life under various restrictions because of the COVID-19 pandemic. Even through the first half of this school year, there was uncertainty about how the latest class of students would be able to celebrate.

The last full graduation ceremonies were held in 2019. Grads in 2020 and 2021 were able to pick up their diplomas by going to the school and receiving them from school staff outside the building.

“It was not normal,” Pipe says.

“This is really nice” to have a graduation ceremony, Harrison says.

She also says that graduation seems to have snuck up on them.

“Covid kind of made it go by faster,” she said. “The last few weeks, it was like grad is coming soon.”

And because many of their classes were offered both online and live, she says, “a lot are coming back to do Grade 13. It didn’t feel like they were in high school.”

“Online classes, it was almost like they were optional,” Pipe agrees. “A lot would log in” but would find something else to do.

On top of the grad itself, both are members of the prom committee, which is all ready to go for the first time since 2019.

“We have the food, the photographer, the decorations. It’s all planned,” she said.

“And the DJ,” their teacher, Heather Chirico, the staff member in charge of grad, reminds them.

Pipe will be returning to Chippewa in September to do his extra year, while Harrison is heading to Queen’s University to study health sciences. That will include a year in Great Britain as part of the Bader International Study Centre.

Pipe plans eventually to go to Nipissing University for the biology program, where he hopes to specialize in microbiology.

About 200 students will be among the Chippewa graduating class, with each allowed to invite four people for the June 29 ceremony.

It’s nice to get back to normal, Chirico says.

“It’s different,” she says. “I’ve had the opportunity to organize both types” of grads, the so-called drive-by grad and a formal grad ceremony.

She says both types of grad have their merits.

“The formal grad is always a way for parents and staff to participate. The drive by is very different, more informal but more intimate.”

Graduation at West Ferris Secondary School will be held June 28 at 6:30 p.m. in the school auditorium

Graduation for St. Joseph-Scollard Hall will take place June 29 at the Capitol Centre.

The graduation ceremony for Ecole Secondaire Catholique Algonquin will be held in the school auditorium June 28 at 1 p.m.

The F.J. McElligott Secondary School in Mattawa grad will be held June 28.

Northern Secondary grad will be held June 29 at 10 a.m. in the gym.

At Ecole Secondaire Catholique Franco Cite in West Nipissing, graduation will be held the school gymnasium June 28 at 2 p.m.

Graduation at Ecole Secondaire Catholique Elisabeth-Bruyere in Mattawa will be held June 28 with a supper at 5:30 p.m. and a graduation ceremony at 7 p.m.