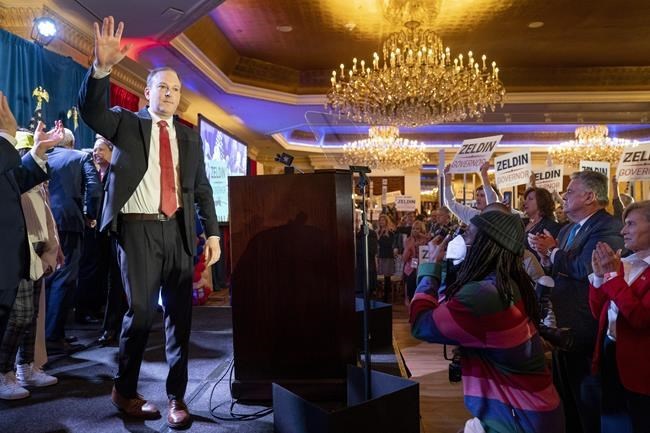 NEW YORK (AP) — U.S. Rep. Lee Zeldin, the Republican candidate for New York governor, was attacked by a man who tried to stab him at an upstate event Thursday but managed to escape uninjured, his campaign said.

Zeldin was giving a speech when a man climbed onstage and appeared to begin wrestling with the congressman, said Katie Vincentz, a spokesperson for Zeldin’s campaign.

New York GOP Chair Nick Langworthy told The Associated Press that he did not have any details on the attacker or his weapon but exchanged text messages with Zeldin afterward while the congressman was speaking to police.

“He is fine. He’s not seriously injured. It’s just a chaotic scene there,” Langworthy said.

A video of the event in Perinton posted on Twitter showed the man appearing to grab Zeldin’s arm and the two fell to the ground as other people tried to intervene.

“Thanks to the swift action of several brave eventgoers, the perpetrator was subdued,” Langworthy said in a statement.

Zeldin’s campaign said the attacker was taken into custody and the congressman continued his speech.

Zeldin, an Army Reserve lieutenant colonel who has represented eastern Long Island in Congress since 2015, is a staunch ally of former President Donald Trump and was among the Republicans in Congress who voted against certifying the 2020 election results.

He is challenging incumbent Democratic Gov. Kathy Hochul this November.