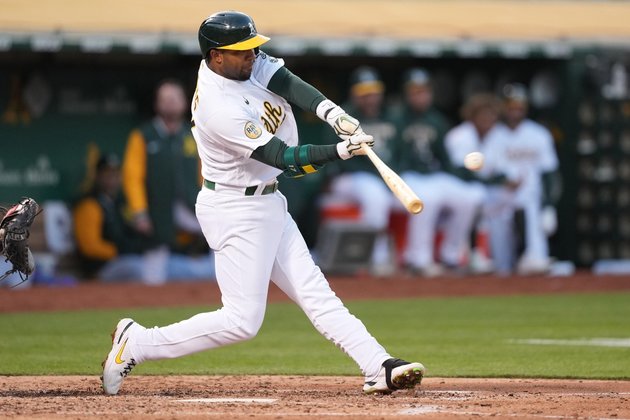 Gary Sanchez doubled and homered as the Minnesota Twins opened a six-game road trip with a 3-1 win over the Oakland Athletics on Monday.

Minnesota won for the third time in its past four games despite going 2-for-10 with runners in scoring position.

Elvis Andrus had two of Oakland’s four hits. The Athletics lost their third game in a row and fell to 5-14 over the past 19 games.

Minnesota got on the board in the third against rookie Zach Logue (2-2). Jorge Polanco’s two-out single scored Royce Lewis, who opened the inning with a double to left field.

Oakland pulled even in the fourth on Andrus’ two-out, run-scoring double against Chris Archer. The Minnesota starter departed after four innings, having allowed one run on two hits with two walks and two strikeouts.

The Twins moved ahead with a run in the fifth. Lewis drew a leadoff walk, moved to second on Nick Gordon’s sacrifice bunt and scored on Byron Buxton’s single to left field.

Logue gave up two runs on five hits over 4 1/3 innings. He walked two and struck out two while throwing 82 pitches.

Minnesota added an insurance run in the sixth on Sanchez’s leadoff homer off Domingo Acevedo. The 433-foot blast to center was Sanchez’s third of the season and second in his past four games.

Andrus turned in the defensive play of the game with two runners on in the seventh. The shortstop made a diving stop on the outfield grass and threw out Gio Urshela at first to end the inning.

Oakland, which has a major-league-worst .199 team batting average, went 0-for-4 with runners in scoring position.

The Athletics had a runner at second with two outs in the sixth on Seth Brown’s double, but Sean Murphy grounded out to shortstop to end the inning.

Minnesota has won the first four meetings against Oakland this season by a combined score of 10-5.