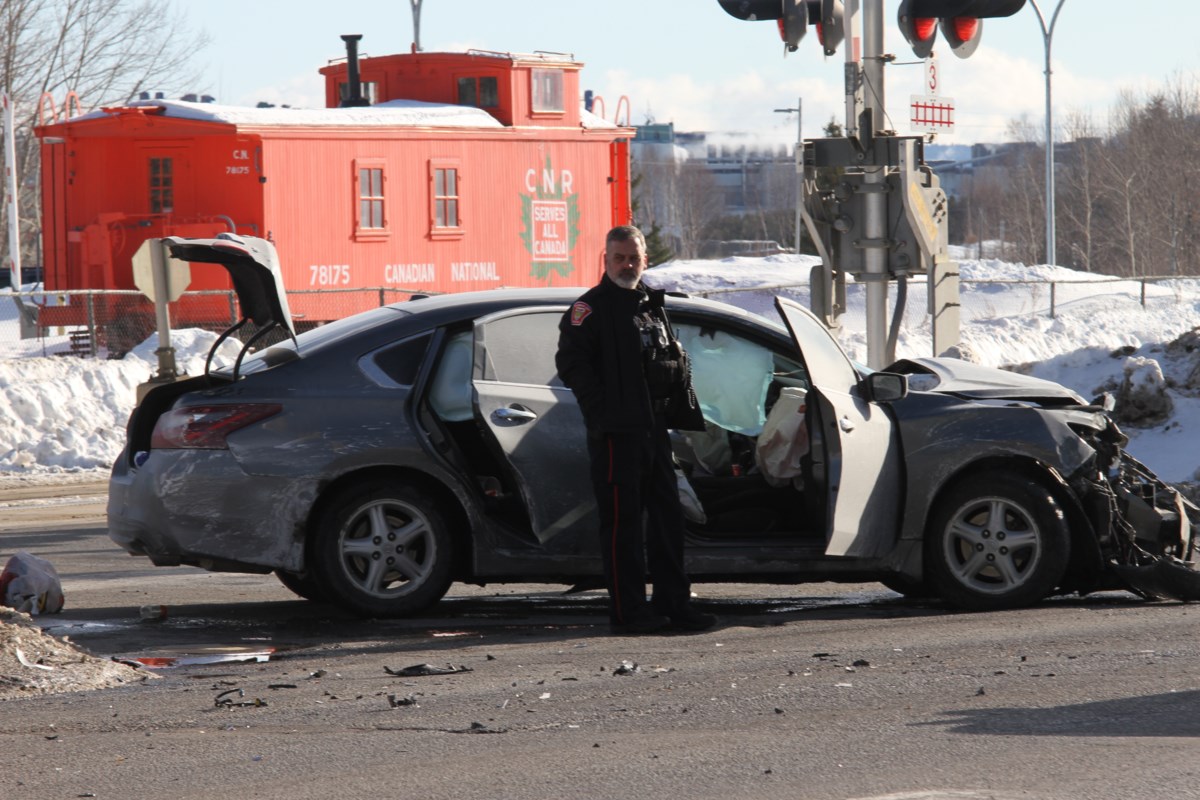 Police observed a motorist in a silver sedan failing to stop at a stop sign on Thursday, March 10. A traffic stop was attempted, but the vehicle fled and due to public safety concerns, police did not pursue.

Moments later, officers dispatched to Pearl and Water Street following a collision just after 4 p.m. between the fleeing vehicle and a commercial van.

All four occupants fled the scene of the collision on foot.

Multiple police units arrived on scene and with support from citizens who could see the suspects from nearby balconies, all four were located and taken into custody.

The driver is being charged with dangerous operation of a motor vehicle, failure to stop after accident and flight from peace officer.

A 24-year-old male from Toronto has been charged with obstruct peace officer and possession of fentanyl.

A 24-year-old from Toronto has been charged with obstruct peace officer and failure to comply with release order.

All four suspects were scheduled to appear in bail court Friday morning.