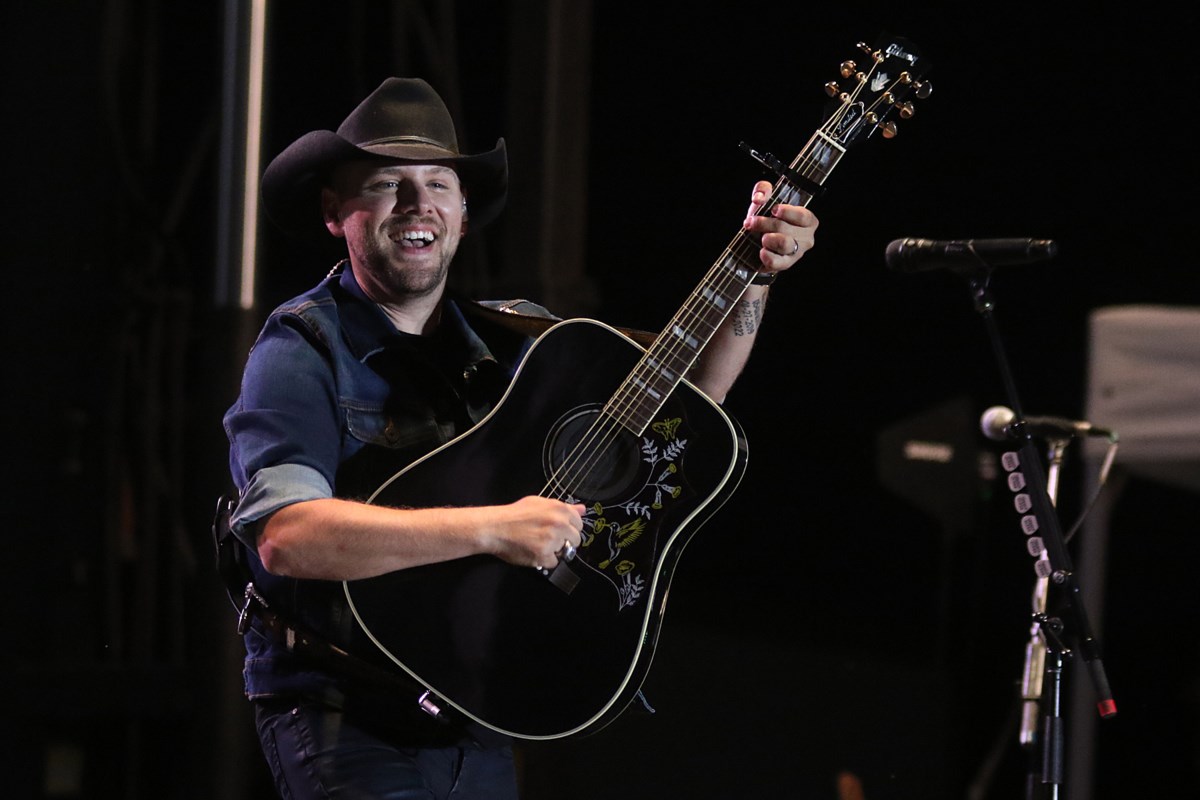 Country on the Bay draws thousands looking for a fun night of music and entertainment.

THUNDER BAY — After country star Brett Kissel’s last local gig in 2018, he says he told the fans on the rest of his tour if they ever wanted a place to party, head to Thunder Bay.

He also told every other country singer he ran into on the circuit that summer.

While musicians have been known to exaggerate and play up to the crowd in front of them in the moment, Kissel wasn’t wrong, at least not judging by the crowd at Friday’s second night of entertainment at the Country on the Bay music festival.

Country fans young and old, itching for more than two years to get back on their feet and party like there’s no tomorrow, poured into Fort William Historic Park.

They got more raucous as the night sky grew dimmer, each act doing its best to outdo the one that came before, not an easy task given the level of talent that graced the stage on Friday night.

It was just what Nick Phyllis was looking for when he bought tickets for the festival, whose lineup originally contained country star Toby Keith until he was diagnosed with stomach cancer and cancelled several summer appearances.

“It’s definitely an awesome thing. We haven’t had anything during the pandemic, so getting to open a big show like this is kind of like a miracle. It’s fun to have everyone come into Thunder Bay and listen to some big names. It’s exciting,” he said.

Phyllis added he was most looking forward to seeing Kissel and Lee Brice, the closing act on Saturday night.

“Some of their songs are super catchy,” he said. “But everyone, even last night, the Reclaws were awesome, so I’m excited.”

The festivities kicked off at 3 p.m. with Mackenzie Leigh Meyer, followed by Nate Haller and Jojo Mason, who entertained the supper-hour crowd and set the scene for the party to come.

The Hunter Brothers delivered a set that hit a crescendo with a medley of some of country’s biggest hits, while Jade Eagleson, who won the emerging artist showcase at the 2017 Boots and Hearts Music Festival, offered up a dynamite show that included No. 1 singles All Night to Figure it Out and More Drinkin’ Than Fishin’, joking that co-collaborator Dean Brody missed his flight which is why he wasn’t on stage to sing it with him.

But it was Kissel the crowd came for and the 30-year-old Albertan delivered as advertised.

“Are you ready to party, Thunder Bay?” The JUNO Award winner asked, looking out into the crowd, where his fans made it clear who they were there to see.

“Keep calm and listen to Brett Kissel. I love that T-shirt. I already know what kind of night we’re in for.”

In addition to Brice, Saturday’s lineup includes The Road Hammers, Jesse Moskaluke, Tim Albertson, Megan Nadin and DJ Johnny Rivex, who fired up the crowd between sets with a mixture of country favourites and pop classics.