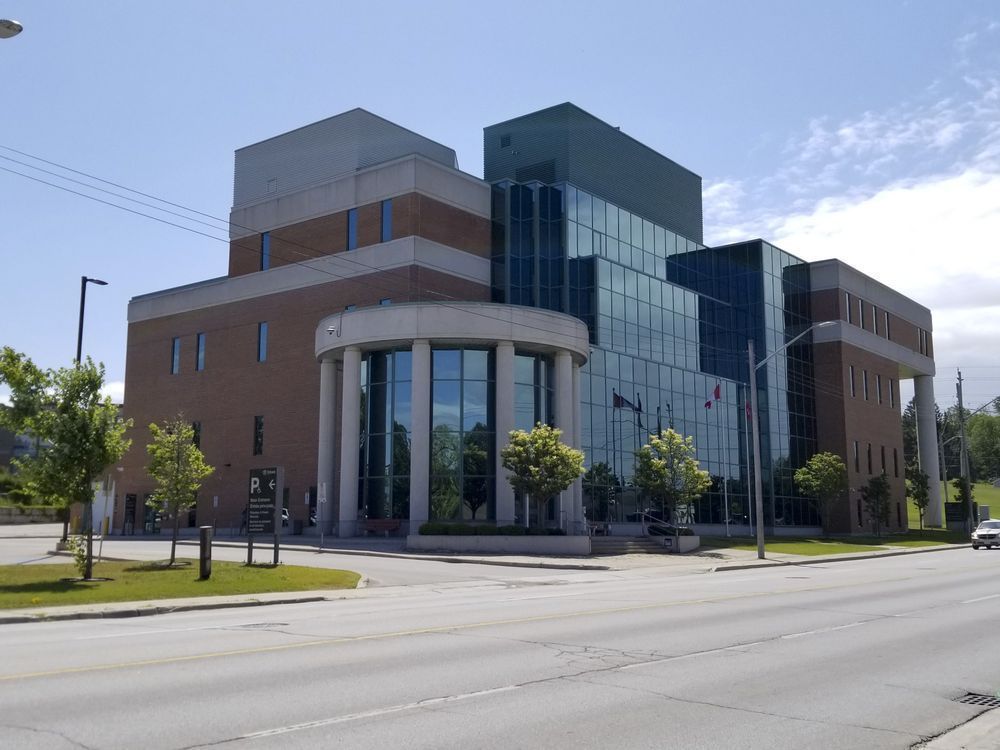 A former Owen Sound teacher and coach of girls hockey and gymnastics pleaded guilty Monday to sexual exploitation involving a female student and was sentenced to 22 months in jail, followed by three years probation.

Kristopher Brian Seaman, now 46, of Owen Sound when charged in 2019, appeared in person in the Superior Court of Justice in Owen Sound Monday. The hearing was conducted in-person and via Zoom.

More than a dozen people watched the plea and sentencing in the courtroom. A publication ban forbids publication of details that could identify the victim.

The victim reported the historical, school-related abuse to police in September 2019. Two other sex-related charges, one involving a second complainant, were withdrawn at the close of the hearing.

Seaman, a first offender, admitted he had sex multiple times with a female student who was in her teenage years over an extended period of time, including in rooms in a Bluewater District School Board school, a statement of agreed facts said.

Superior Court Justice Bruce Durno received the agreed facts, considered victim impact statements and letters filed on Seaman’s behalf, and imposed the sentence recommended by Crown and defence lawyers. Durno was involved in pretrial conferences prior to the joint submission.

Durno reviewed numerous aggravating factors which he said he must consider when fashioning a fit sentence. The age and vulnerability of the victim was the first. “She felt groomed and manipulated” Durno said. “She was young and impressionable. He was a mentor and gave her encouragement.”

Durno noted she spoke of flashbacks and the damage of keeping the assaults to herself and “not coming forward initially because she wanted to protect the offender and his family.”

Seaman caused her “immense trauma” and “hate” for herself and a feeling she was “worthless.” After Seaman’s arrest was public, the social media conversations worsened the impact on her, Durno noted.

But she also said she “took her life back and identified herself as a survivor,” by reading the statement aloud in court, Durno said. “She referenced the statement as the most important part of her healing thus far.”

“I am strong. I am worthy of the love my husband gives me daily, and I am enough as I am, wounds and all,” he quoted her saying.

Other aggravating factors included that the abuse happened multiple times over an extended period, there appears to have been some grooming of the victim, the significant impact on the victim, and Durno said, likely also on her parents, husband and others.

Seaman is a married father of two children, the judge noted. He lost his teaching job as a result of the charges, Durno said.

Seaman’s guilty plea was counted as a significant factor in his favour, for avoiding victim participation in a trial and a possible subsequent trial if it went to an appeal, Durno said. It helped courts deal with “unprecedented backlogs” and for pleading guilty, he gets a “meaningful reduction” in sentence, serving as an incentive to others, Durno said.

He credited Seaman for beginning counselling. Nineteen letters on his behalf talked about his contributions to his family, schools and sports and community activities. There were letters from people who knew him as a teacher, coach, volunteer and friend, Durno said.

“The letters referenced him being missed as a teacher and being missed from his coaching,” Durno said. Police said when they charged Seaman that he was a children’s coach in a number of sports and gymnastics.

Durno called Seaman’s actions a “significant breach of trust” which needs to be denounced and specifically deterred with the sentence. But rehabilitation is important too, he said. Durno recommended Seaman serve his sentence at the Ontario Correctional Institute, a correctional treatment centre.

Durno made separate weapons prohibition and DNA orders. Seaman will be in the sex offender registry for 20 years.

On Tuesday, the Ontario College of Teachers website still listed Seaman in “good standing.” He’s been certified to teach since May 3, 2000, it shows, and includes a notation of the criminal charges he faced and a Feb. 3, 2020 note listing court-imposed restrictions which prevented him from teaching.

A college spokesman said the college has been monitoring the matter but no findings have been made by the college so far. He’s listing in good standing pending the outcome of any college discipline.

As of Jan. 3, all teachers certified to teach in Ontario and those reapplying to teach must complete an online sexual abuse prevention program. Seaman’s information shows that is “to be completed.”

The course was developed with the Canadian Centre for Child Protection, which works to reduce the incidence of missing and sexually exploited children, educate the public, help find missing children and raise awareness.

The course “provides an updated understanding of how abusers groom their targets, the harmful effects of abuse, and how to better identify when an at-risk or abused student is initiating a disclosure process.” It was mandated by the Ontario government as a new certification requirement, as an amendment to the Ontario College of Teachers Act.