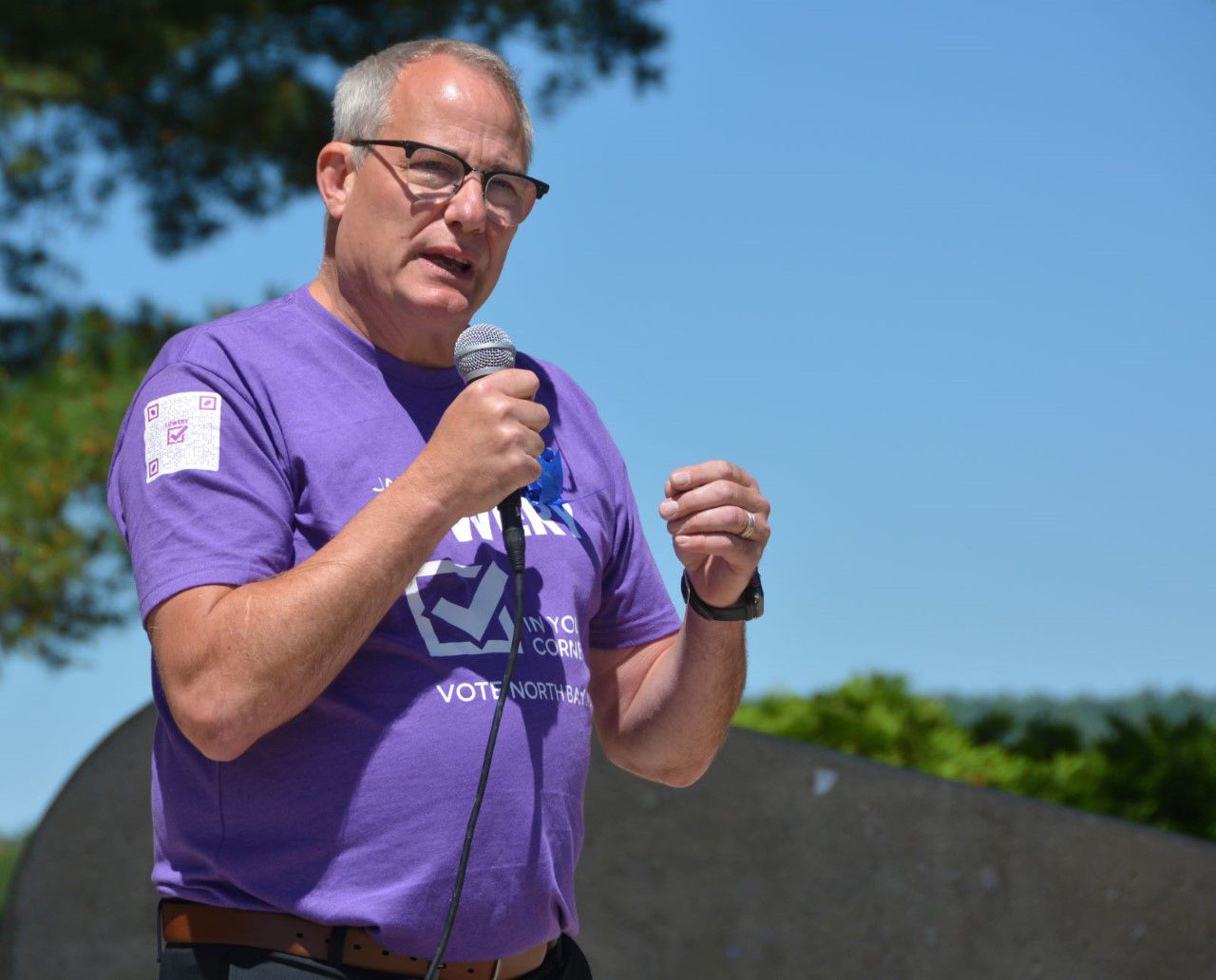 Jamie Lowery says he is “In Your Corner.”

That may be fitting, as the outgoing Cassellholme CEO has been in a scrap or two with various municipalities trying to move the long-term care facility’s expansion plan forward.

He succeeded in that effort, with construction now underway, then announced he was stepping down effective in September.

Lowery is now seeking another position, as a city councilor in North Bay.

Lowery celebrated his 59th birthday Saturday by kicking off his campaign.

Lowery was a top city official in Brampton before coming to Cassellholme, and spending seven years as its CEO.

In Brampton, Lowery was the commissioner of community services. He had a wide range of responsibilities including overseeing operational departments such as fire, parks and recreation, and arts and culture.

Lowery sees a lot of potential in the city that has not been utilized.

Politicians use the word potential a lot, but what does it mean to him?

“The potential can be explored the best with partnerships. Nobody is going to be able to do it on their own.

“If we can have a relationship with the private sector, with government, with agencies and volunteers and the general community we can do some spectacular things. But you have got to work together on it, and that is when you realize potential,” says Lowery.

He wants to make the downtown a key campaign plank, but admits the fix will not be easy and will involve many community partners.

Downtown safety has been a hot button issue for years.

“Part of that answer is urban intensification. We have got to find ways to have more housing, more accommodation, more things where people live and work downtown. You get that volume of people and create a sense of security.”

Lowery does not buy into the theory that his battles to move the Cassellholme project forward has made him “battle ready” for an election campaign.

“When I really want to see something done, it is not that I am stubborn. I am tenacious.” says the former Cassellholme boss.

Veteran councillor Chris Mayne, Cassellholme board chair, spoke at the event to endorse Lowery. Mayoral candidate Peter Chirico was also in the audience.