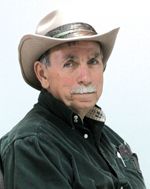 Over the years I have written and told many stories about hats.

Some stories are about the ones I have owned, and some are about ones that others owned.

I know, for some I suspect it sounds a bit boring, as who gives a damn about hats?

Well … let me enlighten you a bit, as from all the emails, letters and phone calls I have received over the years, there are a lot of people that likes hats.

Hats of all kinds.

The hat today that I want to talk about is the one my old Dad wore many years ago. He is long gone now, but he will never be forgotten.

Well, one explanation for that, is that every time I come in at the end of the day, especially if I had been working in grease, gas or oil, I wash my hands and face with Tide soap.

The reason for that is that my lovely wife hates the smell of gasoline, and Tide is the only soap that removes it, along with its smell.

The biggest reason, though, is that every time I smell Tide, it reminds me of my Dad.

Well, to explain things better, I have to step back in time.

A time when my Dad was alive and well, and a young boy just couldn’t get enough of his company.

It was a hot summer’s day, and my Dad and I had been digging post holes, for a new Grapery that he had planted the year before.

With it being so hot, Dad said it was time for a rest.

I wasn’t going to argue the point, as I loved to sit down and chat to my Dad. There was never a man that had so much wisdom and so willing to share it. Along with some pretty interesting stories too.

But on this day we were both tired, so finding a cool shady spot we both laid down. Dad took off his old sweaty hat that he had worn for many years, and laid it beside me. Within a few minutes I could hear him snoring away.

Seeing his old hat, I picked it up and laid it over my face, figuring it would shade my eyes. Which it did.

The thing that got my attention the most was the smell of that old hat. Smells of all different kinds of soil, sweat, hard work, along with the smell of Tide soap. Just something about them smells I loved.

The smell of Tide soap was from him washing his face and hands with it every day, as that is all he ever used. He always said that there was nothing better to cut the dirt and grease than it.

He was right too, and I still use it today. But I don’t use it just for that. Nope, I surely don’t.

I use it because … it reminds me of my old Dad, along with his old hat, and all the good times we had together.

Which truth be told, weren’t many, as later on in life, events took place, and I was bordered out and adopted by folks in Northern Ontario for a few years.

Many a night, as I washed my hands before going to bed while living with these strange people, the only thing that kept me sane so to speak, was … yep, you guessed it. The smell of Tide, which made me think … that my Dad, was right there with me.

It still does today.

In closing, I would like to wish you well!