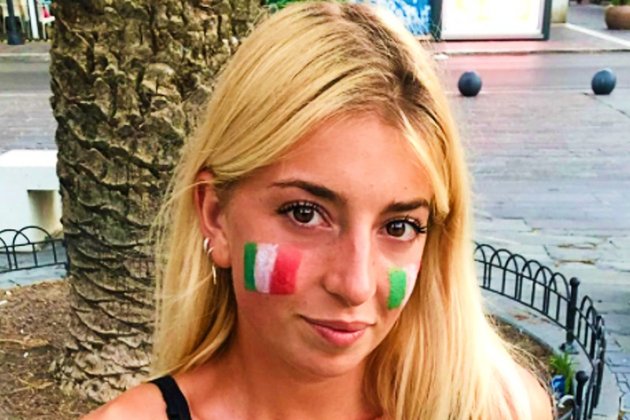 The 22-year-old Pescara official, whose dream is to feature in a match at the San Siro stadium home of Italian giants Inter Milan and AC Milan, fears her phone and online data have been hacked after her private information and clips began to spread across the internet.

“It is a situation that I do not wish on anyone,” part-time model Di Meo told Corriere, explaining how she found the courage to break her silence on the shocking experience to her Instagram following of almost 100,000.

“I’m afraid that someone has entered my cell phone, my iCloud. I am trying to [stay strong] but not everyone succeeds.

“I discovered these videos thanks to some guys. Obviously, I filed a complaint.

“They are tracking down the culprits and those involved in sharing the videos because this is also a crime.

“I revealed everything on social media to get support because I had been locked in the house for two days.

“I thank all the boys and girls who are writing to me from all over Italy. We need to report these videos and the people who continue to share these things.”

Former West Ham and Czech Republic footballer Tomas Repka was also jailed for six months in July 2016 for advertising sexual services under the name of a woman he had been in a relationship with.

Di Meo hopes her ordeal will ultimately benefit others. “I’m here to talk about it,” she said. “Many of us can’t do it and they hide.

“I hope to give a voice to all those victims who are blamed when, in reality, the culprit is on the other side of the screen.

“Today the victim is me, tomorrow it could be a person close to [the culprits] who maybe now is watching the videos and smiling. It is never the victim’s fault – remember that.

“There are those who condemn me, those who exaggerate, there are bad comments.

“Fortunately, many express solidarity to me. Then everyone has their own ideas. Just be polite and respectful. I do not express judgments on anyone.”