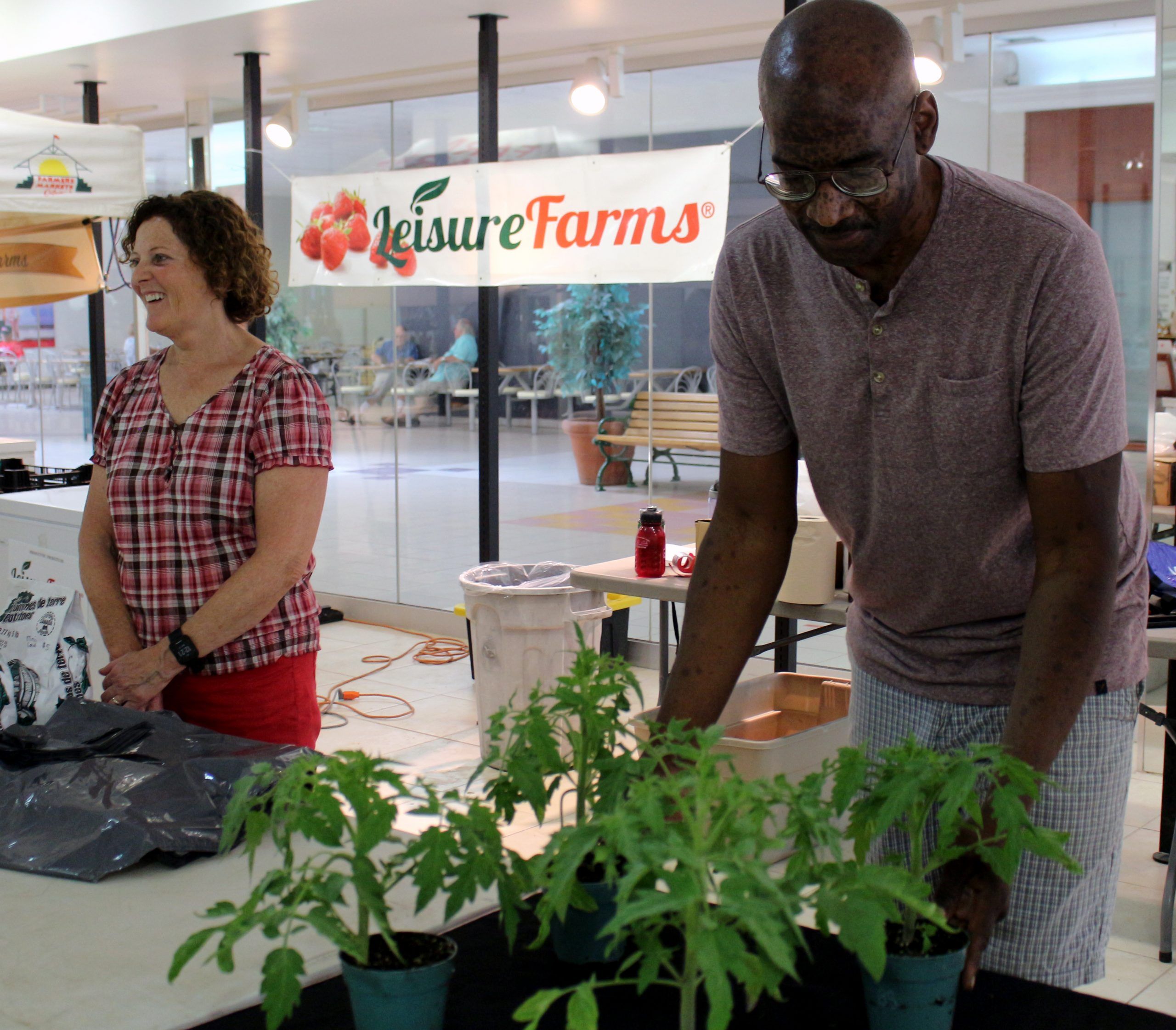 Ken Black seems to find it hard to believe the North Bay Farmers Market is marking its 20th year this year.

He’s been part of the market since that first one, when “we had about a dozen vendors” offering local produce, food and crafts to the public.

This year, according to market vice-chair Donovan Daniel, there are probably a hundred members.

Black – Ken the Balloon Dude – got involved after his mother, Rae Black, one of the founding members, got involved.

“I remember long, long chats with the DIA (Downtown Improvement Area) about setting up and helping with the groundwork,” Black said Saturday as the final indoor market of the season was wrapping up, and the market was looking forward to this coming Saturday to set up in the area of the North Bay Museum.

“It’s amazing how it’s managed to grow,” he says, with some producers in the area now planning for winter crops so they can be part of the market year-round.

“What it has done for local food security is absolutely amazing,” Black says.

“We see the same people all the time,” he says.

Most are locals, but there are some familiar faces among the tourists to the area who stop in at the farmers market.

This has been a good winter season for the market, Daniel says, and there are some “exciting expectations” for the coming summer season.

The outdoor market opens on the Saturday of the Victoria Day weekend.

A change this year is that there is no break between the indoor and outdoor market as there was in the past. The indoor market ran two weeks longer this year.

The response from the public has been “excellent,” he says.

“The public, they view it as their market. The level of loyalty is something we are very proud of.”

The loyalty of the vendors, as well, is something he takes note of.

“We do have vendors who have been with us for all 20 years,” Daniel says. “That is a testament to the strength of the market, and the organizers and public who have supported it.”