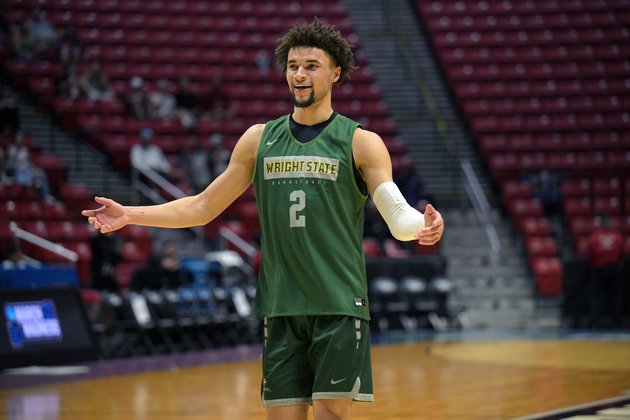 Guard Tanner Holden, who scored 37 points for Wright State in an NCAA Tournament game last month, said Saturday that he has transferred to Ohio State.

Holden put his name in the transfer portal earlier this week after a standout season for Wright State. He averaged 20.1 points and 7.1 rebounds in 36 games, topped by the epic 37-point performance that helped the Raiders notch their first NCAA tourney win, 93-82 over Bryant in the First Four.

Holden was a first-team All-Horizon League selection for the second straight season. He averaged 16.1 points, 6.9 rebounds and 2.3 assists in 92 games (91 starts) in three seasons at Wright State.

The addition of Holden comes at a good time for the Buckeyes, who have seen E.J. Liddell and Malaki Branham declare for the NBA draft. Liddell said he will be hiring an agent, while Branham is leaving the door open for a possible return.