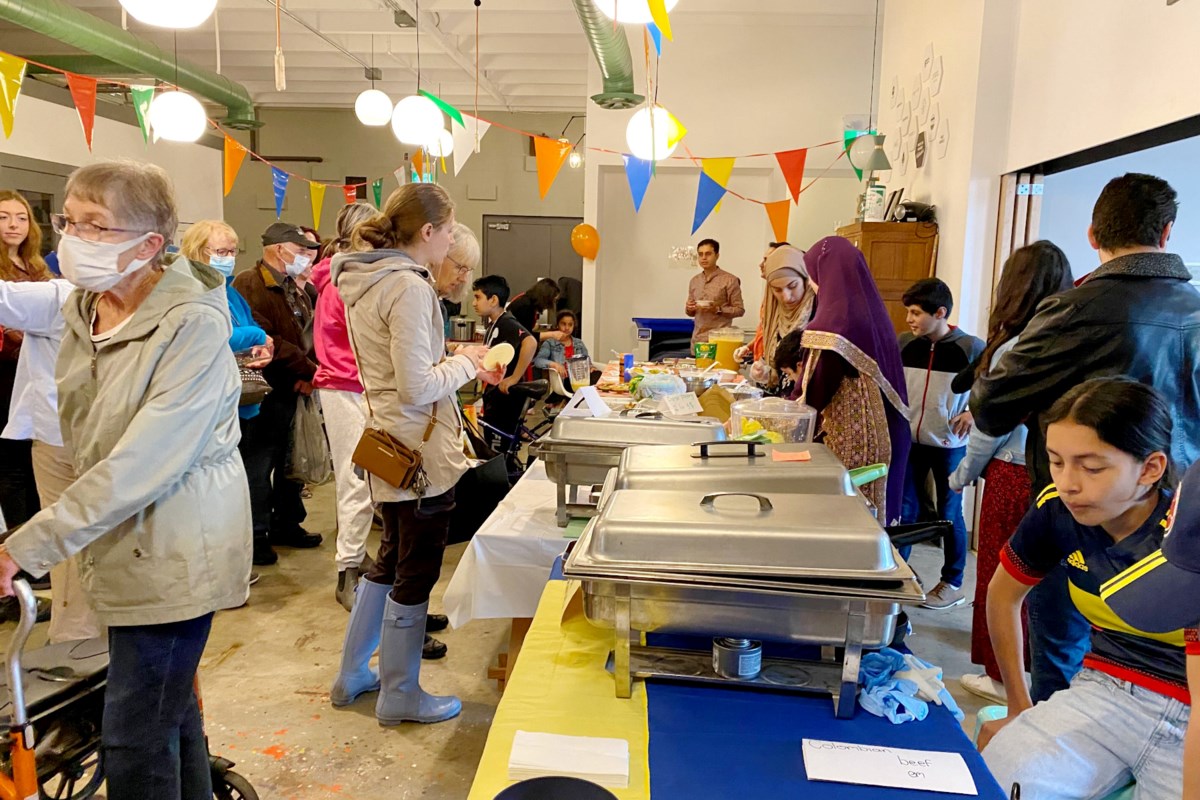 The Picnic was originally planned to be held at 12 p.m. outside of Roots to Harvest but the sudden downpour of rain moved it indoors

THUNDER BAY – The Tapestry Women’s Network showcased foods from around the world on Sunday at their Ethnic Picnic held in the Roots to Harvest space from 1 p.m. until 4 p.m.

“I have been volunteering with the women’s tapestry. This is really nice to see that we can, all the way from home, we can still practice our own culture and our own way of food,” said Nahid Islam, Women’s Tapestry member.

“And the food is the first thing that you can mingle with so that’s what we want to show here. That’s how you relate to each other with each other by food just as the way Roots to Harvest is doing.”

The family-friendly event invited local home chefs and caterers to drum up some business while at the same time proudly sharing bits of their culture through food.

The Picnic was originally planned to be held at 12 p.m. outside of Roots to Harvest but the sudden downpour of rain Thunder Bay received during the day pushed back the start time as the organizers rushed to move the setup inside.

“We’re not stressed at all,” said Roopa Rakshit, Women’s Tapestry member. “That’s the beautiful part of the tapestry and the network we have in roots. It’s so many hands coming together. We are weaving friendships and the cultures and traditional foods all across the border.”