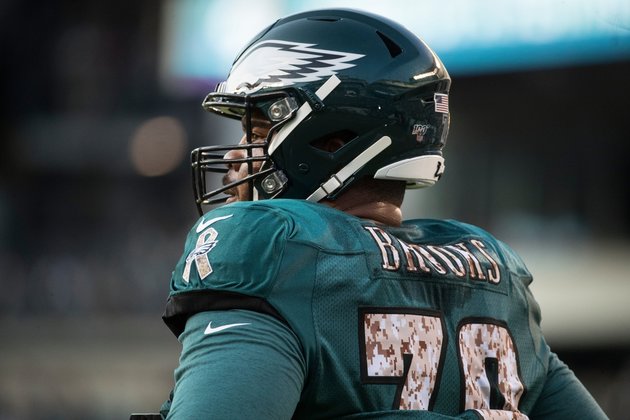 Brooks, 32, missed the entire 2020 season with a torn Achilles tendon and played only two games in 2021 before landing on injured reserve with a pectoral strain.

“How do you say goodbye to something you’ve known your whole life,” Brooks said. “Something that taught you triumph, pain, success, failure, perseverance, love, empathy and altruism. I don’t know, but I’ll try my best. Yes, after 10 years in this game, it’s true I am retiring.”

Brooks played his first four seasons (2012-15) with the Houston Texans, who drafted him in the third round in 2012 out of Miami (Ohio).

Brooks made the Pro Bowl in three straight seasons with the Eagles from 2017-19 and finished his career with 114 games played (108 starts).

“I attacked my rehab with intensity and passion — I always do — but making it back this season just wasn’t in the cards,” he said. “It didn’t end the way I would have like it, but to me it’s never about the ending. It’s about the journey. I was fortunate enough to go on this journey with a group of brothers, not teammates but family.”