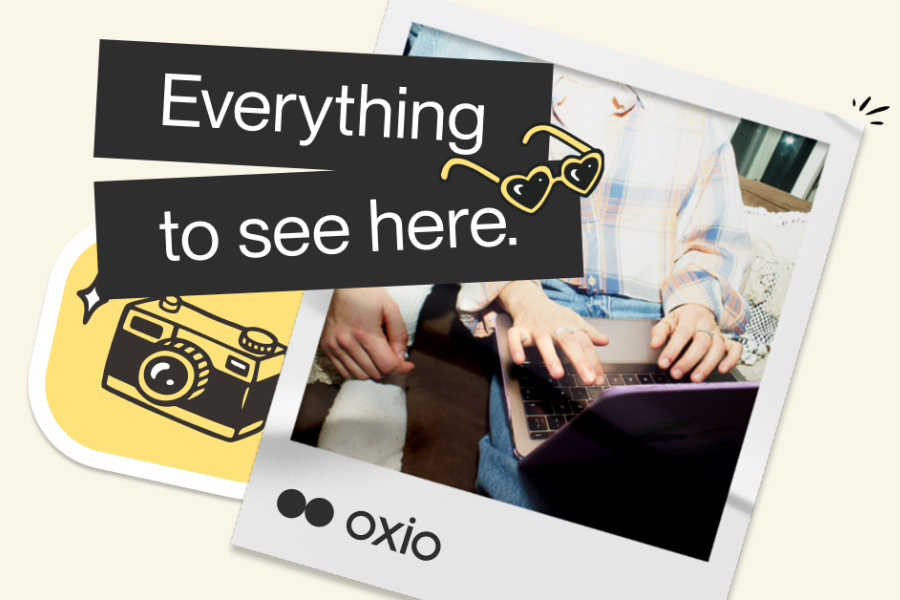 This story is sponsored by oxio.

Of all the industries in Canada, the telecommunications sector seems to be the most confusing – it basically invented impossible-to-read fine print and contracts that leave you scratching your head. On top of that, the majority of internet service providers (ISPs) hand customers an outrageously steep bill every month.

If one thing is clear, it’s that the telco industry is in desperate need of an overhaul. And thankfully, oxio is up for the challenge.

As Canada’s first digital ISP, the company is used to doing some pretty groundbreaking stuff that’s transforming the way people think about the internet. It’s replacing telco bullshit with transparency, contracts with customizable month-to-month plans and promos with sustainable pricing that won’t increase when you least expect it.

Behind these changes is oxio’s CEO and co-founder Marc-André Campagna, a man with a mission to provide everyone with equal access to the opportunities that the internet offers.

The digital ISP is making it easy for Canadians to connect with the best networks in Québec, the GTA and Vancouver. But while the company’s services are currently only available in three provinces, it plans on continuing its expansion—oxio is just getting started.

Though there are several things that set oxio apart from the larger digital ISP companies in the country, the cost breakdown of its plans is at the forefront. Before signing up for an internet plan, customers are able to see how much of their money will go toward logistics, marketing, hardware, network and payroll.

With the goal of breaking ISPs’ long-lasting addiction to opacity, on March 4, 2022, oxio made its new transparent salary policy available to the public. This strategy shows how the company determines how much to pay its team members, its pricing decisions and the benefits of sharing everyone’s salaries internally.

“Conversations about how much we make are slowly – and we mean slowly – starting to happen, but talking about them in public just isn’t something people normally do,” shares Campagna. “At oxio, we want to make it normal and the first step is to start talking about how much we all make. A lot of companies claim to be transparent but at oxio, we are transparent. We’re not here to follow the norm, we’re here to do what we think is right.”

Sharing salaries can foster a strong sense of equality among teams, removing any problematic pay gaps from the equation. Through salary transparency, oxio has been able to earn trust from those who work at the company, which has resulted in increased productivity and motivation.

“There has to be a pretty damn good reason for a company to make who earns what available for everyone who works there to see, and we’ve got one,” he reveals. “We believe in equal access to opportunity and to make that happen, everyone needs access to the same information. How much we all make is part of that.”

Campagna understands that the telecommunications industry isn’t exactly known for its transparency and he strives to change that through leading by example.

“Sharing our salaries is kind of like our pledge – it’s proof that we are dedicated to removing some of the murkiness associated with the industry,” he says. “On our way to being the most transparent company in the world, the road will be paved with one rule: radical transparency should always respect personal privacy.”

Treating its customers like living, breathing human beings instead of a number is also top-of-mind for the company. oxio will never transfer you between numerous departments or send you to a chatbot if you encounter an issue or question to ask. The customer support team is friendly, responsive and can resolve problems in five minutes or less.

“Creating equality of opportunity among Canadians begins with the culture we’re building inside the company. This includes how we treat our team and how we interact with our customers and suppliers,” says Campagna. “Access to the internet in high school helped me discover my passions. That’s why sharing everything we know about the telco industry, being transparent and connecting others to the internet is so important to us.”

For more information about oxio click HERE or to say “hi” to the team at oxio, visit www.oxio.ca.