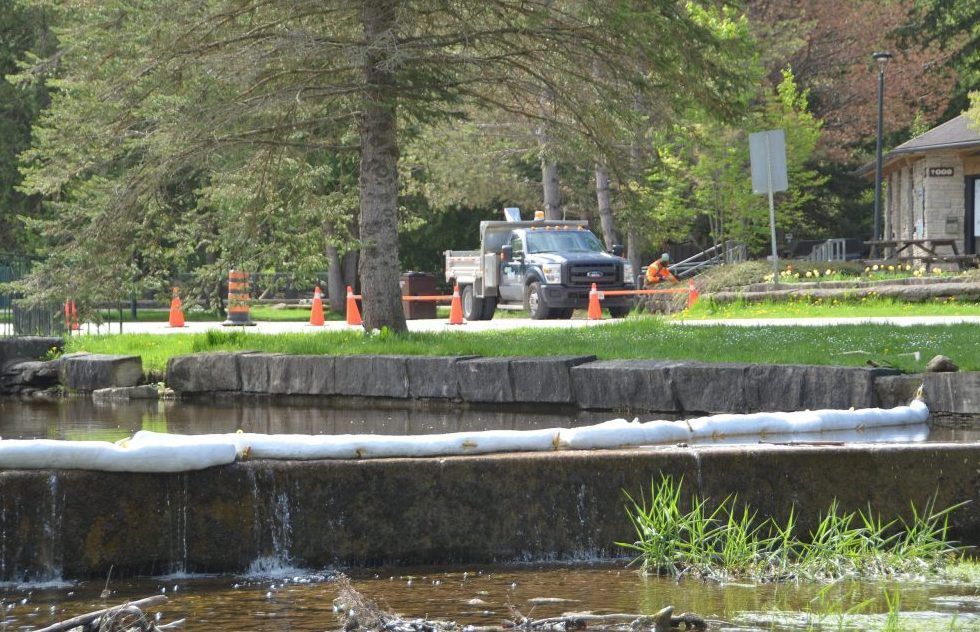 An area of Harrison Park has been temporarily closed after there was a diesel spill in a parking lot.

A small amount of diesel fuel from an unknown source was spilled in the parking lot at the park on Monday, it said in a news release from the city.

Owen Sound city staff and the Owen Sound Fire Department deployed spill response materials in the parking area and across the adjacent channelized watercourse on the west side of the island section of the park, the release said.

On Tuesday, absorbent pads were laid out in areas of the parking lot, while a berm ran across the channel downstream from the water fountain.

The Ontario Spills Action Centre was immediately notified and are working in partnership with Canada’s Ministry of Environment and Climate Change to carry out water and soil testing and to support city staff in the cleanup, the release said.

A contractor licensed by the Ontario Ministry of Environment, Conservation and Parks is working with city staff on the cleanup efforts, the release added.

The parking area north and east of the Harrison Park Inn and access to the ski hill parking area at the park has been closed to vehicles. Residents and visitors are asked to stay clear of the area until the barricades are removed and respect road closed signs in the park.

There may be times when there appears to be little or no activity at the incident location during the monitoring period, the release said.

While there was no timeline for reopening, staff were working to re-open all of the park as soon as possible, the release said.