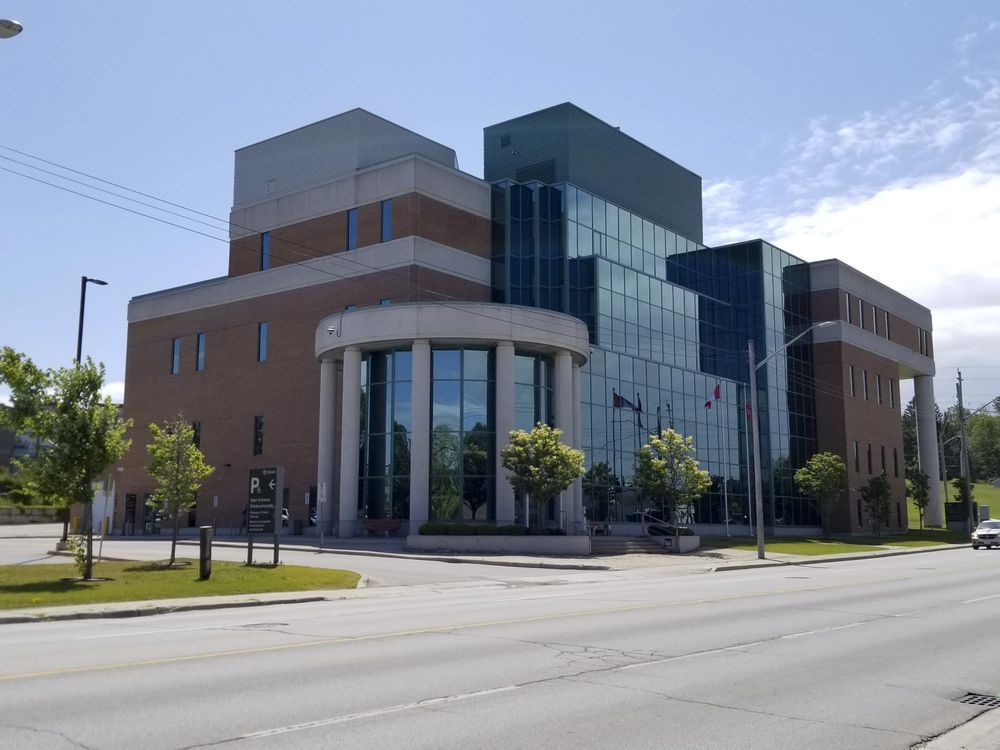 The motion argued the essential elements of dangerous driving causing death were not proved by the Crown and the charge should be dismissed. If the judge thinks there is any evidence that could lead to a conviction, a directed verdict is not available and the trial would continue.

Superior Court Justice John Sproat listened to detailed legal arguments for the motion and the Crown’s rebuttal, then asked both to return to court Tuesday morning for his decision.

According to testimony, just after 8 p.m. that day, Rev. Edward (Chad) Honneyman, 38, of Wiarton died at the scene of a head-on crash along Highway 6, south of Ferndale. He was riding his motorcycle southbound, headed home.

Grey County assistant Crown attorney Glen Brotherston is alleging Lozon committed dangerous driving causing death by driving his northbound car into the southbound lane as he turned into a laneway, in front of the oncoming bike.

The Crown closed its case Monday morning. Defence lawyer Andrew Loucks, who is co-council with Ram Shankar, then asked Sproat for a directed verdict of acquittal on the dangerous driving causing death charge.

Loucks argued the fact that there was a collision or that it resulted in a death is “not relevant” in establishing the dangerous driving charge. Rather “was his driving objectively dangerous to the public?” The defence argued his manner of driving wasn’t.

He noted a crash reconstruction showed speed wasn’t a factor. The car slowed gradually to 23 kilometres per hour just before the collision and there was no evidence of impairment.

“There is just no evidence of any conduct on the part of the applicant (Lozon) which would make out recklessness or assumption of risk . . . which resulted in the accident,” Loucks said. To convict, a jury would have to use “mere speculation” which is not supported by the evidence, Loucks argued.

“I’d have thought that the actus reus is made out,” Sproat said, challenging Loucks’ conclusion. “That it’s a situation that somebody’s traveling northbound, and they make a left-hand turn right in front of another vehicle. So is that objectively dangerous? Answer, yes.”

Sproat said he would have thought then the primary question would be the manner of driving and whether it’s a “marked departure” from what a reasonable person would do.

Sproat said he must consider for a directed verdict the Crown’s case at its “highest,” which is that the motorcycle’s headlight was on and would have been visible a long way off. Yet Lozon told a witness at the scene, Sproat recounted, that he didn’t see a motorcycle until the last second — even though it should have been clearly visible over an extended time, as the Crown argues it was.

Even turning into the oncoming lane, though it ultimately caused an accident, doesn’t show his client had the required appreciation of the risk — or mens rea — to make out a charge of dangerous driving causing death, Loucks argued.

There’s no evidence of the exact location of the motorcycle or operation of its headlight, and “There is no evidence of prior conduct, or that a reasonably prudent driver would have seen, foreseen or been able to avoid that risk,” Loucks said.

But police reconstruction showed the relative positions of each vehicle up to five seconds before the crash and the vehicles were at hundreds of metres apart, on a flat straight road, Brotherston said, so the oncoming motorcycle was visible.

And given it was “very dark” it’s unreasonable to assume Honneyman was riding without a working headlight, as a matter of common sense and in light of other evidence that it should have been operating or he wouldn’t have driven the bike home.

Brotherston concluded either Lozon didn’t look down the highway for lights of oncoming vehicles, “or did see it and turned anyway.”

“We are looking for an explanation as to how is it that Mr. Lozon did not see this oncoming motorcycle, when everything at this collision site says he should have seen it,” Brotherston said.

And given Lozon was turning into the oncoming lane, he was “obligated to be exceedingly careful about not causing this danger to any southbound vehicle.”

When Sproat opened court Monday, he announced utterances made by Lozon during his initial interactions with police at the roadside are admissible in the trial. They were challenged by the defence and were the subject of a voir dire, or trial within the trial. The judge’s reasons weren’t available Monday.

But other evidence collected by police subsequently, including a written statement Lozon gave to police and seized cellphone’s evidence, has been conceded by the Crown as inadmissible, after the defence argued their client’s rights were violated.