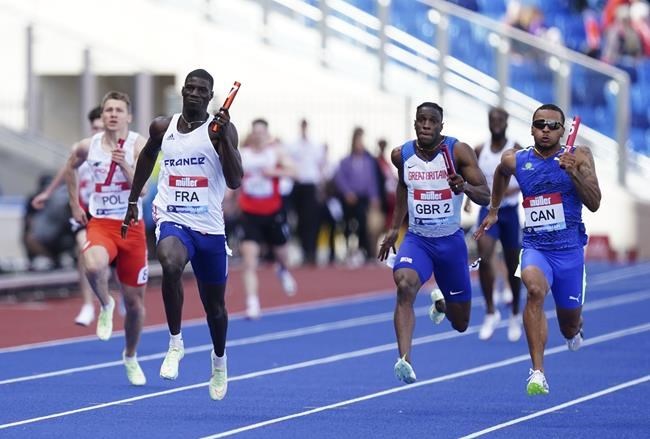 EUGENE, Ore. — Andre De Grasse will run in the men’s 4×100-metre relay at the world track and field championships.

Canada’s six-time Olympic medallist withdrew from the 200 metres earlier this week, saying he wasn’t 100 per cent recovered from COVID-19. That led to speculation about his involvement in the relay.

De Grasse didn’t qualify for the 100 finals at the worlds.

The 27-year-old from Markham, Ont., led Canada to a silver medal in the relay at the Tokyo Olympics.

The heats of the relay were scheduled for Friday evening.

This report by The Canadian Press was first published July 22, 2022.