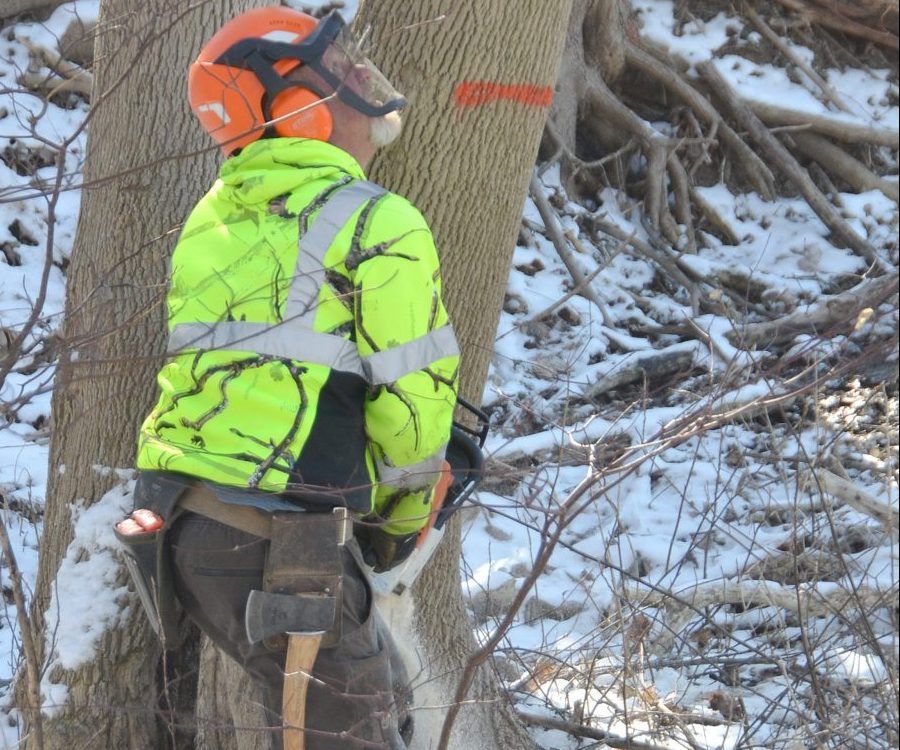 Dozens of dead and dying ash trees have been taken down at St. George’s Park along 10th Street East this week, with plans to rehabilitate the area with native plant species.

Lands and Forest Consulting, the city’s contractor for the job, began work on Monday to remove 134 ash trees that are dead and diseased due to the emerald ash borer.

The city’s manager of parks and open space, Adam Parsons, said Tuesday that the work to remove the trees is part of an overall forest restoration project of the 2.9-acre area that involves the removal of invasive plants and trees, and the eventual planting of native trees, shrubs and plants.

“That section had already been invaded by a number of invasive species like English ivy and European buckthorn,” Parsons said. “To somebody who has a good sense of what should be there it was a bit of a disaster, even though it still looked green and nice.”

The work at the park is included in the Victoria Park Master Plan and St. George’s Park, which notes that the site would benefit from the removal of invasive species.

Lands and Forest Consulting began Phase 1 of the work in the fall, which included a basic forest inventory, marking the ash trees for removal, treatment of invasive ivy with a selective herbicide and the removal of invasive tree species.

Parsons said the invasive plants are fairly widely spread in the area, and generally they came from ornamental plantings many years ago.

Meanwhile, the emerald ash borer is an invasive species from Asia that was first identified within the city limits in 2018. It was first detected in Ontario in Windsor in 2002 and was first found in Grey-Bruce about a decade ago.

The borer attacks the trees by laying eggs on the bark. The larvae of the insect then feeds on the trees, causing damage that disrupts the flow of nutrients and moisture, which starves the trees.

“The trees that are coming down are already affected and many of them are already dead,” Parsons said.

The work to cut down the trees and remove them started on Monday and by midday Tuesday the felling of the trees was nearing completion. The work crew was downing marked ash trees, toppling them in a way as to be careful not to damage other mature trees in the area, including black walnut and maple.

Parsons said the area will look a little more open than people are accustomed to until the forest floor reinstates itself with the new native plant species.

A third phase of the project, to happen later this year, will involve a secondary treatment of invasive species and the re-planting of some native species of plants. The new plantings are to include trees like white pine, hemlock, sugar maple, basswood and yellow birch, shrubs like leatherwood, elderberry and dogwood, and plants including native ferns, trilliums, blue cohosh and trout lily.

Parsons said the trial area will act as a bit of demonstration plot of what can be done to improve the long-term health and quality of the forested area. At this time there are no budget commitments for other areas of the city.