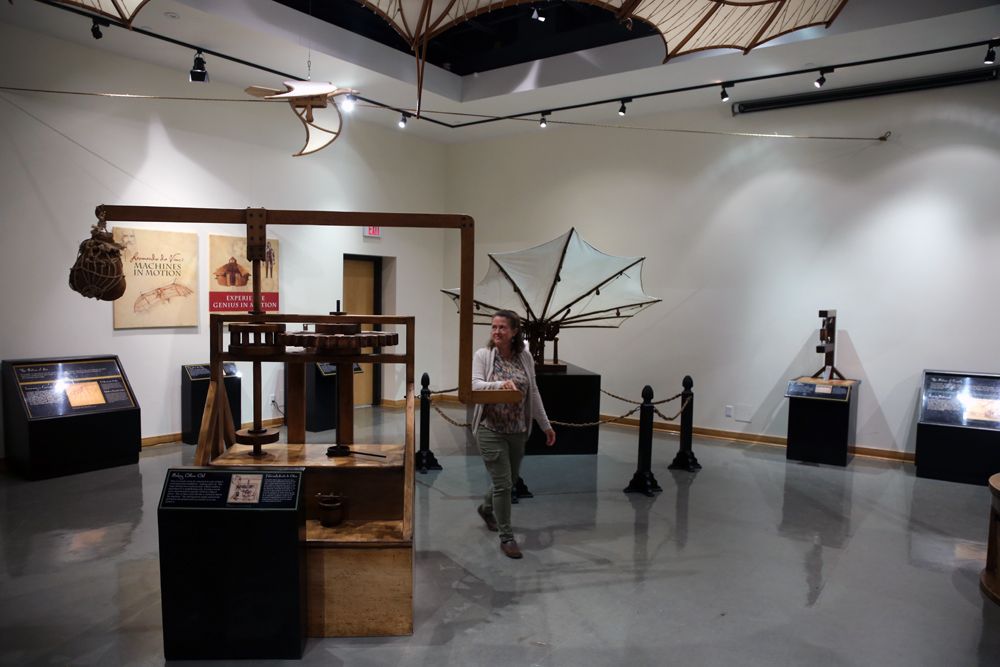 From elaborate flying machines to seemingly simple and now ubiquitous tools of automation, some of Leonardo da Vinci’s most innovative inventions are soon to be on display at Grey Roots Museum and Archives.

The Da Vinci Machines in Motion exhibit launches at Grey Roots on Saturday.

Some 6,000 pages of those notebooks survived, and at the Machines in Motion exhibit, the displays feature the drawings and instructions taken from de Vinci’s records to help explain the function and science behind the piece.

The full-size machines were designed by a modern team of scientists and artisans who employed techniques and materials used in the time of da Vinci.

Museum curator Sim Salata said attendees will be able to interact with the displays and get a unique look into the mind of one of the world’s best-known luminaries of art and innovation.

The machines on display include an interactive knight that moves when a laser motion sensor is tripped. There are also Da Vinci’s tools of automation, such as a machine that automates a hammer striking an anvil as a blacksmith would, or two automated rollers used to shape metal — a machine still used today. And from the seemingly simple but ingenious to the fantastical, da Vinci’s Flapping Bird and other flying machines show how the scientist and engineer meshed with the artist and dreamer.

“Machines in Motion is a real showstopper,” said Jill Paterson, museum manager. “Full of beautifully made, hands-on wooden machines, it’s a delight not just to see, but also to engage with. It’s rare to see an interactive exhibit of this scale, and we know visitors of all ages will get a real thrill from operating da Vinci’s machines.”

The exhibition is organized into four parts, based on da Vinci’s study of the elements of nature: earth, water, air and fire. Highlights include a revolving crane, flying machines, and hydraulic water saw.

The exhibition provides an engaging combination of education and entertainment while exploring history, science, mechanics and innovation, a release said.

Launching alongside the Machines in Motion exhibition is Seven Ages of the Bicycle, which features historic bicycles, velocipedes and historical cycling artifacts on loan from the Huron Bicycle Museum in Kincardine.

The carefully curated exhibition demonstrates the evolutionary process which led to the modern bicycles in use today.