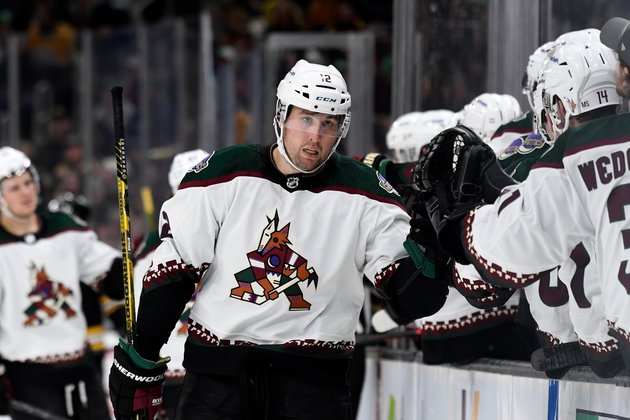 Arizona Coyotes forward Nick Ritchie was suspended one game without pay by the NHL on Saturday for slashing Anaheim Ducks defenseman Kevin Shattenkirk.

Ritchie had a hearing with the NHL earlier Saturday to discuss the incident in which he slapped Shattenkirk in the head with his stick during Friday’s game.

“This is a controlled and purposeful slash that is directed toward the head of an opponent that hits its intended target,” NHL Player Safety said in a video announcing the suspension.

Playing in his 400th career game, Ritchie’s altercation with Shattenkirk came in the final second of the first period in the Coyotes’ 5-0 loss. Ritchie was assessed a minor penalty for roughing against Ducks forward Dominik Simon.

Ritchie, 26, has 19 points (10 goals, nine assists) in 50 games this season split between the Toronto Maple Leafs and Coyotes.

He has 156 points (69 goals, 87 assists) while playing with the Ducks, Boston Bruins, Leafs and Coyotes.