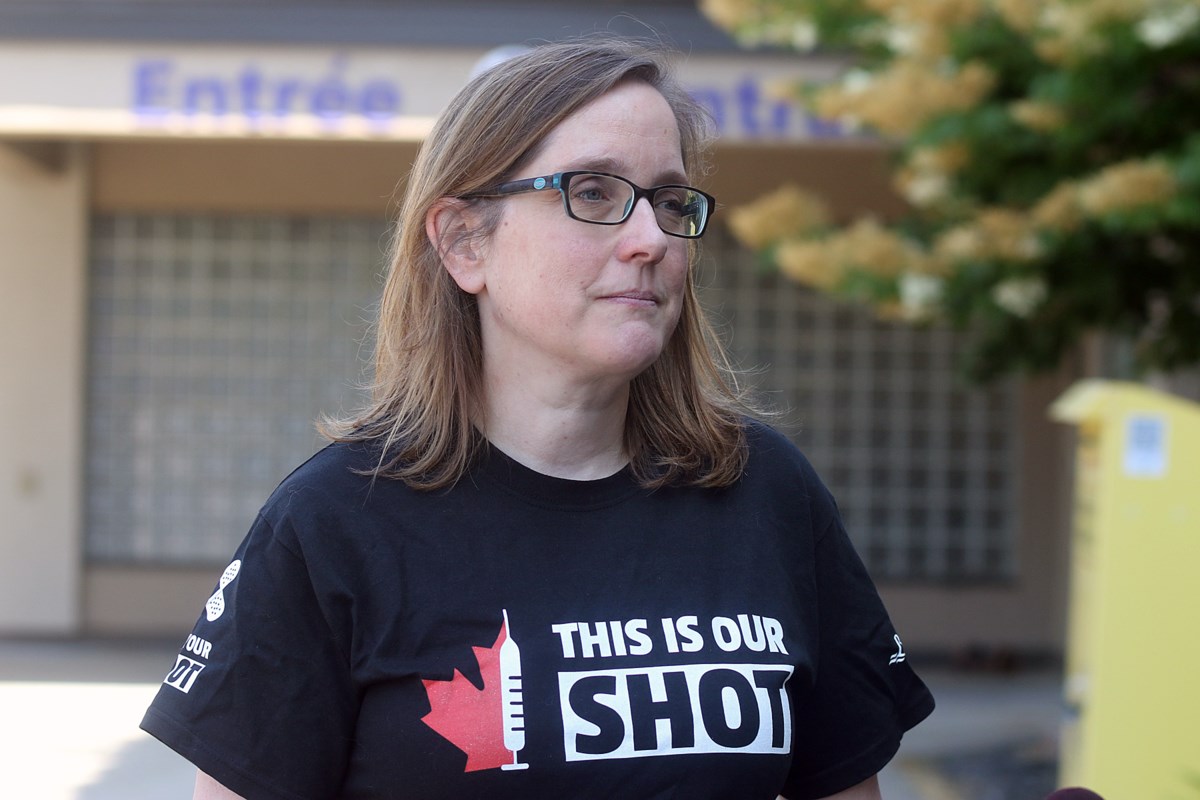 Thunder Bay’s COVID numbers aren’t flattening the way they did in 2020 and 2021, with Omicron and relaxed rules the biggest culprits.

Midway through June, the Thunder Bay District Health Unit has already recorded nearly three times as many cases as it did all last summer – despite far more limited access to testing.

It’s a trend Thunder Bay’s medical officer of health, Dr. Janet DeMille, chalks up largely to the rise of the Omicron variant.

“Delta had a higher level of transmission than the previous variants, but Omicron was really a game-changer,” she said. “We saw it spread even to people who were vaccinated, so the vaccine didn’t necessarily protect people from getting infected the way it did with the Delta variant.”

The relaxing of most public health measures in Ontario has also likely played a role, she said.

“We did a reopening last year, but some measures were still in place, and obviously masking was still in place. Now we’re sort of letting go of that.”

In 2020, the number of active cases remained in the single digits from the beginning of June through the end of August, with just 21 total cases in that time.

In 2021, active cases fell to single digits by the end of June, and stayed there until August 30, with a total of 131 cases.

From June 1 to 17 of this year, the health unit had already tracked 373 cases, with 98 active as of Friday.

With increased levels of immunity, however, DeMille said the increased summer spread of COVID-19 should result in fewer severe outcomes.

“We still have a decent level of immunity, and I’d say it’s fairly high, whether it’s through vaccination [or] having the infection, and many people having a combination of both,” she said. “So even if people do get infected, that will help protect them.”

DeMille noted a possible bump in COVID indicators over the past week, but is hopeful numbers will continue a downward trend she observed through most of June.

There were 28 people in hospital with COVID-19 across the district as of Friday, with four of those in the ICU – both up slightly from the beginning of the month.

The number of COVID outbreaks in high-risk settings, meanwhile, had declined significantly to two, including one at the Pioneer Ridge long-term care home, and another not disclosed by the health unit.

“We’re heading in the right direction,” she said. “Even though we may not get to where we were those last two summers, I think just being able to be outside, the virus could spread less. That will be on our side.”

DeMille pointed to continuing spikes of COVID-19 in some areas, including in the United States,  as evidence the virus still needs to be watched closely.

“This pandemic isn’t over,” she said. “We do anticipate further increases, even here and in the province. We’re trying to delay that of courses, until the fall, hopefully having a good summer. But there’s a level of uncertainty, for sure.”