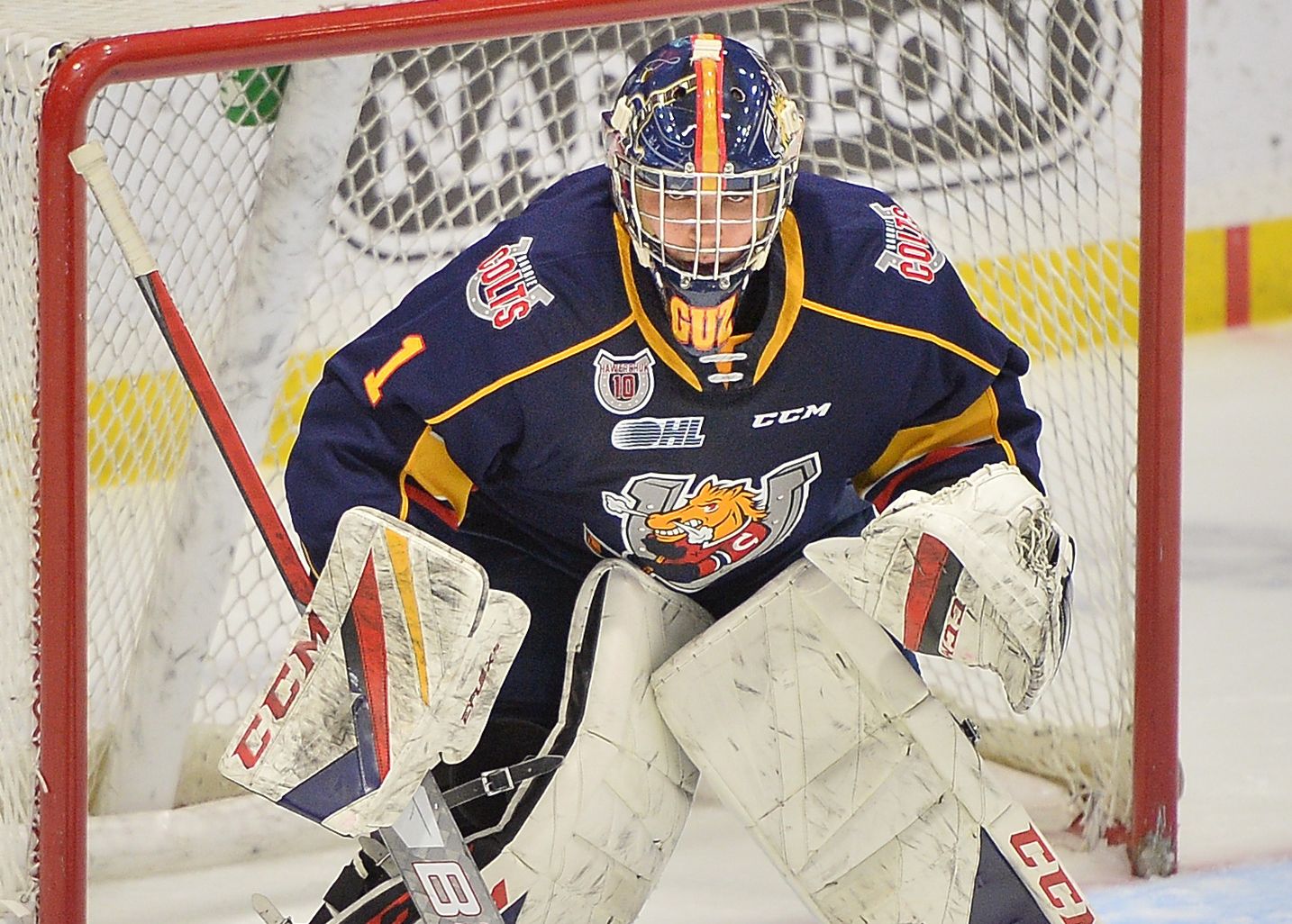 Mack Guzda and the Barrie Colts showed little mercy in an 8-0 drumming of the Owen Sound Attack at the Sadlon Arena Thursday night.

The Attack stepped into a buzzsaw with the Colts on an offensive tear and Guzda stopping everything in sight.

Just a few nights earlier, the Colts steamrolled the Wolves in Sudbury, 9-1, and have now won three games in a row.

Guzda, fresh off being named the Ontario Hockey League’s goaltender of the week, now has an 11-2 record since joining the Colts and sported a 2.05 goals-against average and .931 save percentage heading into Thursday’s contest.

He made all 24 saves against his former team to notch a seventh-career shutout.

Guzda was sharp, but he needn’t be perfect as the Colts offence blew the doors off with steady and persistent pressure.

Rookie Beau Jelsma earned his first-career hat-trick and added a helper. He opened the scoring in the first period with a shorthanded marker after Corbin Votary whiffed on a clearing attempt.

Ethan Cardwell added a pair of goals including a first-period power-play marker and beauty third-period backhand deke while on a breakaway.

Hunter Haight made it 6-0 in the third just over 10 seconds after Cardwell’s goal as the wheels fell off for Owen Sound.

Evan Vierling and Chris Grisolia would each bulge twine in the blowout.

Newcomer Declan McDonnell, acquired from the Kitchener Rangers at the deadline, had three assists in the contest. The seventh-round pick of the Tampa Bay Lightning has exploded offensively as a member of the Colts playing on their top line with Jelsma and Cardwell.

Owen Sound went 0-4 on the power play while the Colts scored twice on three man-advantage opportunities. The Colts also scored while the teams played four-on-four hockey in the second period.

Colby Barlow returned to action Thursday night for Owen Sound, he had been sidelined with an injury since Jan. 9.

Owen Sound will try to bounce back quickly Friday in Kitchener. The Attack and Rangers will play inside the Kitchener Memorial Auditorium with puck drop scheduled for 7:30 p.m.

The Attack will then return home Saturday to host the Guelph Storm and complete their three-in-three weekend.