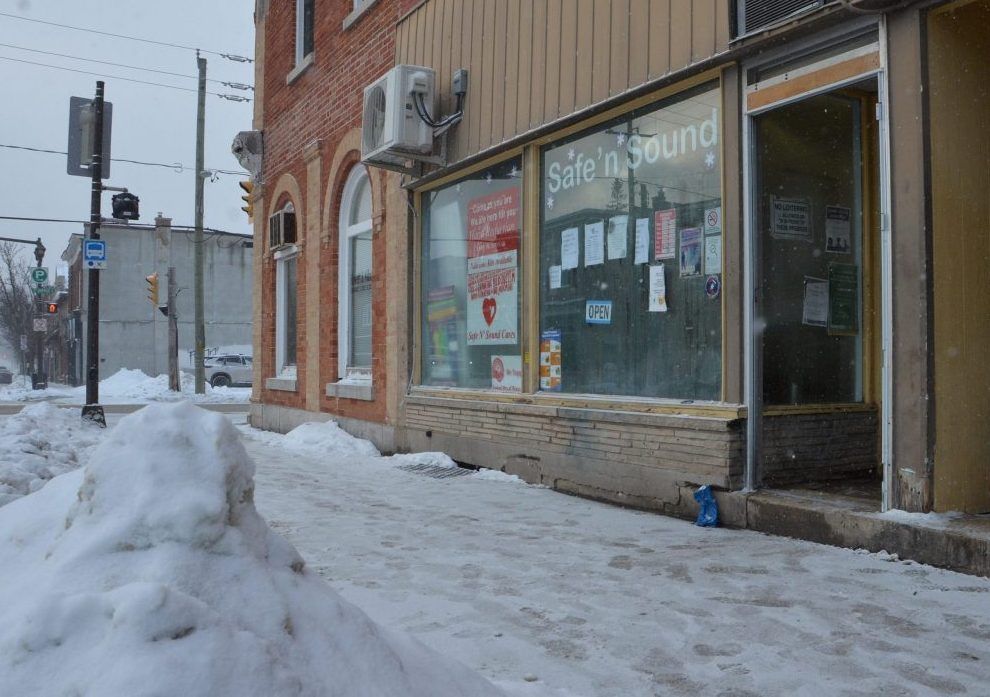 Supporters of the Safe ‘N Sound drop-in centre in Owen Sound raised over $57,000 in this year’s Coldest Night of the Year Walk held virtually and culminating Saturday night.

Forty-five teams consisting of 205 walkers smashed the goal of $40,000 led by the CMHA Wild Wellness Warriors captained by Jackie Ralph who raised $6,130.

Safe ‘N Sound runs its drop-in centre on 8th Street East, where it provides access to showers, laundry facilities, telephone and Internet, and referrals to support in the community.

The money will help Safe ‘N Sound’s “low-barrier” drop-in model, in which they do not require people to make any changes to themselves before they enter the space and access services offered. Along with daily necessities, supports include crisis counselling, housing help, and referrals to a wide range of specialized programs. Safe ‘N Sound has remained open throughout the pandemic, only altering services such as daily lunches when not safe to organize.

The nationally held fundraiser aimed at helping those living in poverty and experiencing homelessness has grown steadily in Owen Sound. In 2018, the walk raised $16,000.

The walk was again held virtually this year to avoid gathering during the COVID-19 pandemic. Walkers could participate in smaller groups or by themselves by mapping out a 2.5 or 5-kilometre route.

Coldest Night of the Year Fundraisers were held in locations throughout the region.

According to the CNOY website, a Coldest Night walk in Wingham raised $35,500 in support of the planned new Northern Huron Connection Centre – “a welcoming place offering basic needs such as light meals, a shower, washroom facilities and laundry along with support through partnerships with numerous agencies”. The Wingham walk was organized by United Way Perth-Huron’s Northern Huron and Area Community Committee.

In Goderich, $106,181 was raised to support the Huron Homelessness Initiative in Goderich, including programs such as the Huron supportive housing worker, shelter for women, children and youth, and emergency shelter during the cold months.

A Coldest Night walk in Collingwood raised over $200,000 in support of Home Horizon, a facility providing youth facing homelessness with safe housing, coupled with access to counselling and social and life skills programs to help them successfully rebuild their lives and transition to independent living and adulthood.

Over $38,000 was raised in Exeter in support of the South Huron Connection Centre.