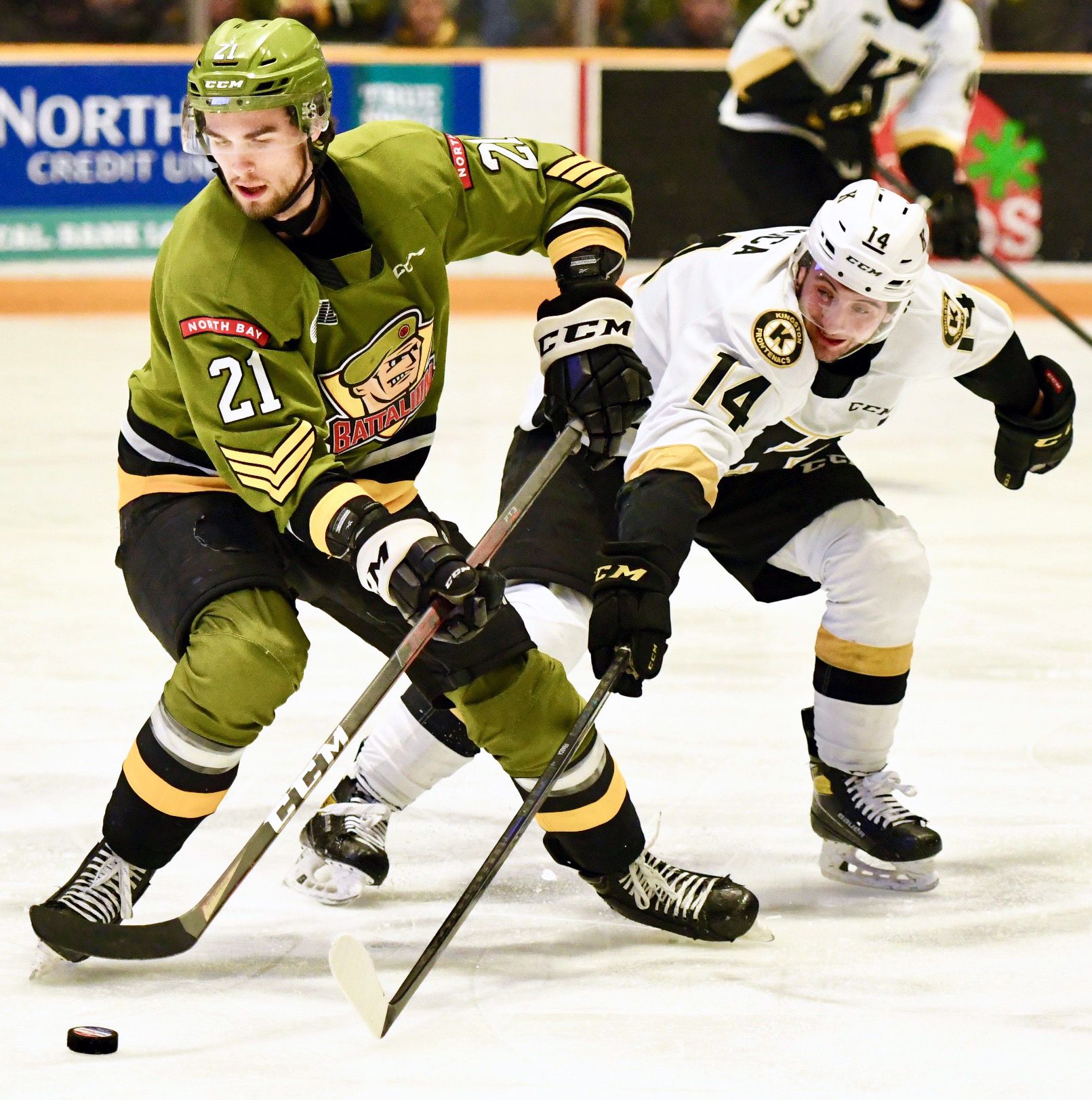 Brandon Coe of the North Bay Battalion is the right winger on the Ontario Hockey League’s First All-Star team, it was announced Tuesday.

Coe is joined on the all-star team by centre Wyatt Johnston of the Windsor Spitfires, left winger Brennan Othmann of the Flint Firebirds, defencemen Nathan Staios of the Hamilton Bulldogs and Ryan O’Rourke of the Sault Ste. Marie Greyhounds, goaltender Brett Brochu of the London Knights and head coach James Richmond of the Mississauga Steelheads.

Overager Coe, who led the Battalion in points production with 34 goals and 67 assists for 101 points in 62 games, ranked fifth in league scoring,

Nelson pairs with Beau Akey of the Barrie Colts on the Second All-Rookie team, which, apart from DiVincentiis, includes centre Owen Beck of Mississauga, right winger Vinzenz Rohrer of the Ottawa 67’s and left winger Quentin Musty of the Sudbury Wolves.

DiVincentiis posted a won-lost-extended record of 14-8-1 with a goals-against average of 2.59 and a save percentage of .907.

The First All-Rookie team is made up of centre Calum Ritchie of the Oshawa Generals, right winger Colby Barlow of the Owen Sound Attack, left winger Coulson Pitre of Flint, defencemen Cam Allen and Michael Buchinger, both of the Guelph Storm, and goaltender Nolan Lalonde of the Erie Otters.

Battalion coach Ryan Oulahen was a finalist in voting for the All-Star team, while Nelson and DiVincentiis were joined in final All-Rookie voting by left winger Owen Van Steensel.

The final all-star ballot incorporated the top three first-round vote recipients from each conference at centre, left wing, right wing, goaltender and head coach, in addition to six defencemen from both the Eastern and Western Conference. Three All-Star teams were announced.

The final all-star ballots were established in a process that saw each OHL general manager vote for players and coaches within his own conference. They weren’t allowed to vote for players or coaches from their own team.